Saudi Arabia releases Al-Nimr, who was sentenced to death in 2012 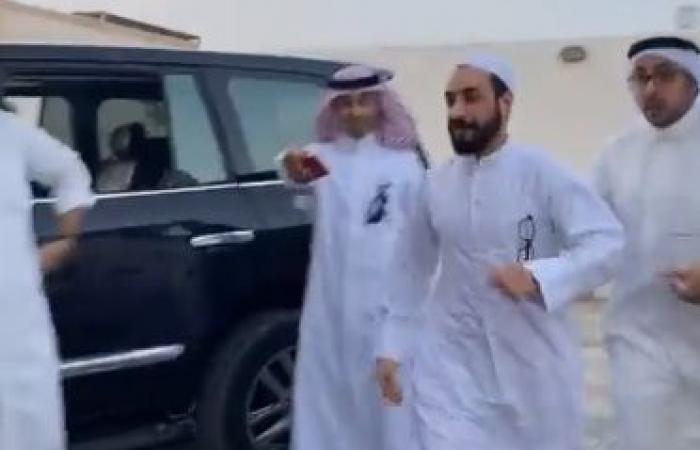 The reactions of Arab countries to the Sudanese army’s seizure of power ranged between Silence or calls for restraint, except for the agreement of the Saudi Foreign Minister, Faisal bin Farhan, with his American counterpart, Anthony Blinken, to “condemn Sudanese army seize powerAccording to an American statement.

These disturbances come at a time when Sudan’s neighbors need its role in certain files, such as the Renaissance Dam file, while the plans of the major Arab capitals may differ to deal with what happened.

It did not condemn official statements issued by Arab countries The decisions of the army commander, Abdel Fattah Al-Burhan, which ousted, last Monday, the civilian partners from government during the transitional phase the country is going through, and most of them were loose and express concern about the situation, and did not describe what happened as a “coup.”

The Saudi Ministry of Foreign Affairs said, in a statement, that the Kingdom “follows with concern and great interest the current events in the sisterly Republic of Sudan, and calls for the importance of restraint, calm, and non-escalation, and to preserve all the political and economic gains that have been achieved and everything that aims to protect the unity of the ranks among all components.” politics in brotherly Sudan.

But a statement by the US State Department said, on Wednesday, that the minister, Anthony Blinken, and his Saudi counterpart, Faisal bin Farhan, “condemned the Sudanese army’s seizure of power and its impact on the stability of Sudan and the region.”

The statement, which was issued by US State Department spokesman, Ned Price, stated that Blinken had a telephone conversation with bin Farhan, where they “discussed the importance of all parties’ commitment to the framework specified in the Constitutional Declaration and the Juba Peace Agreement,” and stressed that “non-compliance with this will expose International support for Sudan is at risk.

Military expert and strategic researcher, Samir Ragheb, told Al-Hurra that a large number of civilian partners (the forces of freedom and change) were inclined to the African incubator instead of the Arab one, “and therefore it was unnatural for centers of influence in Arab moderation countries to defend them.”

On the other hand, the Saudi writer and political analyst, Abd al-Rahman al-Mulhim, describes the government of the dismissed Sudanese Prime Minister Abdullah Hamdok as “the best” compared to the previous Sudanese governments, given its economic decisions.

In Egypt’s statement, the Arab neighbor, which is geographically closest to Sudan, said that it “calls on all the sisterly Sudanese parties, within the framework of responsibility and restraint, to give priority to the supreme interest of the country and national consensus.”

Ragheb says: “When countries issue unbiased statements to any partner, the results become better, especially since the street is divided. We cannot be certain of the opposition or full approval of what happened.”

The Sudanese continue to protest in the streets of the capital, Khartoum, against Al-Burhan’s decisions, which included the dissolution of the Sovereignty Council, the government, all trade union entities and professional unions, and the imposition of emergency.

According to Ragheb, Egypt supports the choices of the Sudanese people and their right to revolution and change, “but Cairo also has the right to side with the survival of Sudan, which is guaranteed by the military component,” he said, adding, “It is not right for Egypt to describe what happened as a coup.”

Meanwhile, al-Mulhim told Al-Hurra that the army’s control of the Sudanese scene, over the past decades, affected the state’s situation.

In his first press conference after announcing the army’s control of power, Al-Burhan defended the seizure of power, saying that he had overthrown the government of Prime Minister Abdalla Hamdok to avoid a civil war.

Despite the overthrow of the “better government”, as al-Mulhim says, he stresses at the same time that the Gulf Cooperation Council countries are accustomed to non-interference in the internal affairs of states. This is the same principle on which Egyptian foreign policy also depends.

“I think that the Arab countries will spare no effort to help Sudan, and perhaps consultations will be held to save the situation,” he added, referring to what he described as the “strong friendship” between Riyadh and Khartoum, given their economic relations and the large investments between them.

And the White House National Security Adviser, Jake Sullivan, said Tuesday that the administration of President Joe Biden is in close contact with the Gulf states about the situation.

He added that Washington is in close contact with leaders in the region, including the Gulf region, “to ensure that we coordinate closely and send a clear message to the military in Sudan that it must … stop any violence against innocent civilians and return to a democratic path.”

Also on Tuesday, the Egyptian Foreign Ministry said that Minister Sameh Shoukry discussed developments in the situation in Sudan with Jeffrey Feltman, the US envoy for the Horn of Africa.

Ragheb says that Egypt is trying to be at an appropriate distance from all parties, ruling out that Egypt will issue a statement that is biased to one party over the other. But this does not mean that Egypt does not have a plan to deal with what happened on the scene.

Ragheb says that Egypt certainly has a plan, and crisis management may have anticipated what happened, pointing to the escalation of tension between the military and civilians since a failed coup attempt by soldiers loyal to Bashir last September.

Ragheb clarifies that Egypt’s keenness to stand at the same distance from all Sudanese parties does not mean complete neutrality, but rather plays a positive role in favor of defusing the crisis and reaching consensus among all components.

But he returned to say: “This moment is not an appropriate time to intervene and try to bring the views closer because of the prior decisions of the military, which cannot be changed now.”

He added, “Egypt may intervene later in order to ensure a democratic transition and access to transparent elections that include everyone at the specified time, ending with an elected parliament and president.”

Ragheb rules out the possibility of changing Egypt, Saudi Arabia or the UAE, which he describes as “Arab moderation” countries, the military’s decisions, “which were launched like a cannonball, will not return.”

Ragheb says that the military component of the transitional authority was not at odds with Egypt, whose army conducted joint military exercises with Sudan more than once. The situation seemed different with the civilian component, especially with regard to the Renaissance Dam crisis.

Sudan is seeking, with Egypt, to reach a binding agreement on the operation of the Renaissance Dam that Ethiopia is building near the Sudanese border.

Although talks have stalled, Ethiopia has begun filling the reservoir behind the dam, which Sudan says could put its citizens, dams and water facilities at risk.

Ragheb says that Hamdok’s vision was similar to that of the military component with regard to Egypt, “though the positions of the Minister of Irrigation Yasser Abbas in the dam crisis often did not agree with the Egyptian vision, until it seemed to contradict the general trend of Sudan,” he said.

He added, “The forces of freedom and change were taking Ethiopia as their incubator, before they joined the political scene, and the influence of Ethiopian Prime Minister Abi Ahmed was noticeable.”

Under an August 2019 agreement, the Sudanese military shared power with certain officials from civilian political groups, within the ruling Sovereignty Council that was due to lead the country to elections by the end of 2023.

Ragheb says that Abi Ahmed filled “he took the lead” by mediating between the military and civilian teams to reach an agreement, noting that he “filled the Arab void in the Sudanese scene, and was considered the godfather of change.”

He continued, “Al-Bashir’s regime conspired against Egypt for the benefit of Ethiopia, as did the forces of freedom and change as a kind response to the Ethiopian incubator and what Addis Ababa provided.”

Ragheb sheds light on the rise of some voices within the civil component in objecting to what was described as the Sudanese bias towards Egypt in the Renaissance Dam crisis, “although this bias was in favor of Sudan and not as a courtesy to Cairo, as Khartoum was the most affected by the collapse of the dam.”

The United States had intervened in the Renaissance Dam crisis, based on a proposal by Egyptian President Abdel Fattah El-Sisi, and the three countries, under the auspices of America and the IMF, reached an agreement known as the Washington Agreement..

The agreement was scheduled to be signed on February 28, 2020, but Ethiopia was absent, and Egypt initialed it, while Sudan refused to sign.

The return of political Islam

With some describing what happened in Sudan as a “coup”, their fears are growing about the possibility of the former rescue regime returning to power. This system was formed from an alliance between armed forces, joined by some of the militias that fought in Darfur, the Muslim Brotherhood in Sudan, which managed to penetrate some of the agencies, and a powerful intelligence agency.

The Egyptian president had previously accused political Islam of being behind the unrest in Egypt, especially after the overthrow of the Brotherhood’s rule in 2013.

Regarding the Egyptian vision, if political Islam returns to rule in Sudan, Ragheb says: “The cards are to a large extent mixed in Sudan, and the dispute between the military component and the forces of freedom and change does not mean the Brotherhood’s return to rule.”

He added, “Egypt has a consistent position regarding the Brotherhood, and it will not cooperate with any component that wants the return of the former regime or the Brotherhood again,” he said.

In the same context, al-Mulhim rules out that “the Sudanese will one day think of returning the Brotherhood to power,” referring to its designation as a terrorist group in Saudi Arabia and other countries such as Egypt and the UAE.

These were the details of the news Saudi Arabia releases Al-Nimr, who was sentenced to death in 2012 for this day. We hope that we have succeeded by giving you the full details and information. To follow all our news, you can subscribe to the alerts system or to one of our different systems to provide you with all that is new.