Saudi Arabia seeks US help to strengthen its defense systems 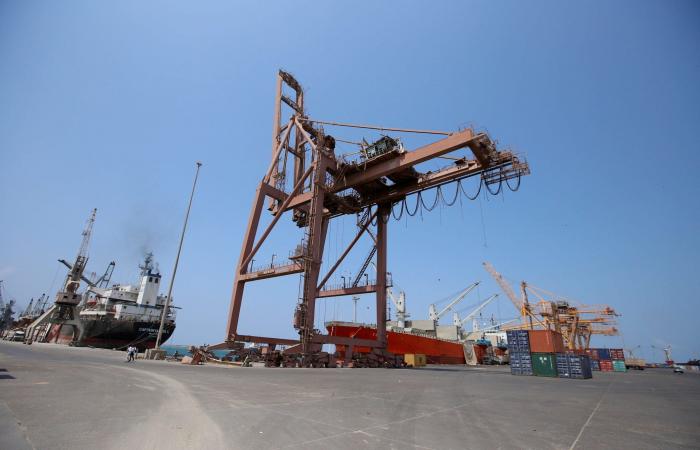 RIYADH: Informed sources said that Saudi Arabia is seeking American assistance to strengthen its defense systems, at a time when it is under intense pressure from the United States to lift the blockade on Yemen’s ports.

Two sources familiar with efforts to end the war and a US source said Saudi Arabia wants help from Washington while it is under US pressure to end the port blockade, which the Houthis describe as an obstacle to ceasefire talks.

The Saudi-led coalition intervened in Yemen in 2015 after Houthi forces ousted the internationally recognized government from the capital, Sanaa.

Efforts to end a war that has killed tens of thousands and pushed Yemen to the brink of famine was stalled after the Houthis said the coalition must end the closure of ports and Sanaa airport so that ceasefire talks could begin.

The United States, Saudi Arabia’s main security ally, is pressing the coalition to allow full access to Houthi-controlled ports and the airport, and is also pushing the Houthis to stop attacks and engage in diplomacy.

The United States, Saudi Arabia’s main security ally, is pressing the coalition to allow full access to Houthi-controlled ports and airport, and is also pushing the Houthis to stop attacks and engage in diplomacy.

In the event of a breakthrough, it will count as a success for US President Joe Biden, who made ending the war a priority of his foreign policy.

The conflict in Yemen is seen as a proxy war between the regional powers Saudi Arabia and Iran.

But the sources familiar with the discussions told Reuters that Riyadh first wants to obtain US weapons to help it strengthen its defense systems, following attacks launched by the Houthis on its territory with military drones and ballistic missiles.

“Privately and in public, we show a great deal of interest in the issue of the port and the airport,” said a senior US government official, who declined to be named. “This is the right thing for Saudi Arabia to do.”

The official added that defending Saudi Arabia is a core US commitment and “something the Saudis are specifically looking for.”

“I think the basic idea is that there are talks between the United States and Saudi Arabia about how best to fulfill the president’s commitment to defend the kingdom, but without providing offensive weapons for the conflict in Yemen,” the official said.

Washington and Saudi Arabia, the world’s largest oil exporter, are traditional allies but their relationship has been strained since Biden took office.

The Saudi authorities did not respond to requests for comment related to this matter. Saudi officials have said the kingdom can protect itself despite attacks on its oil hubs in 2019 that Riyadh blamed on Iran, a charge Tehran has denied.

The United States sent military reinforcements to the Saudi Prince Sultan Air Base after that attack, but began withdrawing them last year as part of a gradual, broader reduction of its forces in the Middle East.

Fearing for its security, Riyadh wants any lifting of the blockade in Yemen to coincide with the start of a ceasefire. The Houthis, who say they are fighting a corrupt regime in Yemen, say the blockade must be lifted first.

The coalition is imposing a naval blockade in Yemen through warships checking merchant ships that are already allowed, under a UN mechanism, to go to Houthi-controlled ports, including Hodeidah on the Red Sea. Saudi Arabia controls Yemen’s airspace.

The blockade is hampering humanitarian relief efforts, but the Saudi-led coalition says it is needed to prevent arms smuggling to the Houthis, and accuses the group of using port revenues to fund its war effort, charges the Houthis deny.

The blockade is hampering humanitarian relief efforts, but the Saudi-led coalition says it is needed to prevent arms smuggling to the Houthis

Mohammed Abdel Salam, the Houthis’ chief negotiator, told Reuters that the movement is ready to work with the UN Verification and Inspection Mechanism in Yemen, which is based in Djibouti, if the blockade is lifted.

Several US officials, including senior security advisers Jake Sullivan and Brett McGurk, and US special envoy for Yemen Timothy Lenderking, have made visits to Riyadh.

One source and another in Riyadh described a meeting this month between Sullivan and Prince Mohammed bin Salman as “extremely difficult.”

The two sources familiar with the talks said that United Nations officials presented a new proposal, backed by Washington, that, if approved by the two sides, would resolve the issue of Yemeni port revenues.

They added that under the proposal, the port management would be handed over to the United Nations, ensuring that the proceeds would be used to pay the salaries of public sector employees in Yemen.

These were the details of the news Saudi Arabia seeks US help to strengthen its defense systems for this day. We hope that we have succeeded by giving you the full details and information. To follow all our news, you can subscribe to the alerts system or to one of our different systems to provide you with all that is new.