A statement from Saudi Arabia regarding Qardahi’s statements… and a summons... 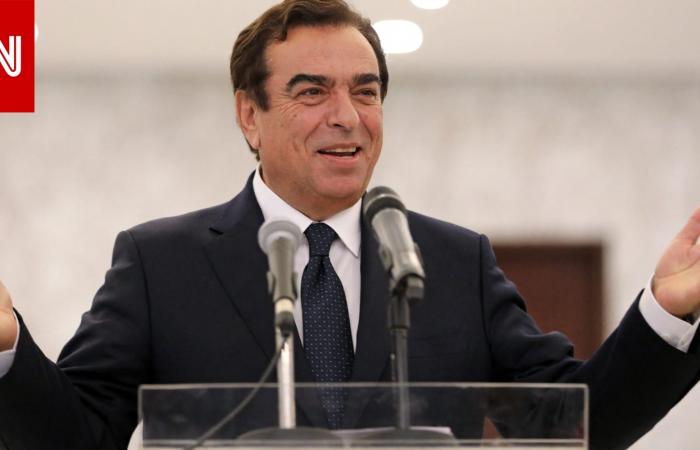 Dubai, United Arab Emirates (CNN) – The Saudi Foreign Ministry issued a statement in which it responded to the statements of the Lebanese Minister of Information, George Kordahi about the Yemen war, and summoned the ambassador of the Lebanese Republic to it and handed him an official protest note against these statements.

In a statement, the Saudi Foreign Ministry said: “A reference to the abusive statements issued by the Lebanese Minister of Information regarding the efforts of the coalition to support legitimacy in Yemen led by the Kingdom of Saudi Arabia.”

Riyadh added in its statement, “The Ministry of Foreign Affairs expresses its regret for the insults contained in these statements towards the Kingdom and the countries of the coalition to support legitimacy in Yemen, which is a clear bias towards the terrorist Houthi militia that threatens the security and stability of the region.”

The Saudi Foreign Ministry continued its statement, saying: “It reiterates that these statements contradict the simplest political norms and are not consistent with the historical relations between the two brotherly peoples.”

In the same statement, Saudi Arabia announced that it had summoned the Lebanese ambassador and handed him an official protest note in this regard.

These were the details of the news A statement from Saudi Arabia regarding Qardahi’s statements… and a summons... for this day. We hope that we have succeeded by giving you the full details and information. To follow all our news, you can subscribe to the alerts system or to one of our different systems to provide you with all that is new.