He demanded a general amnesty and called on his son for... 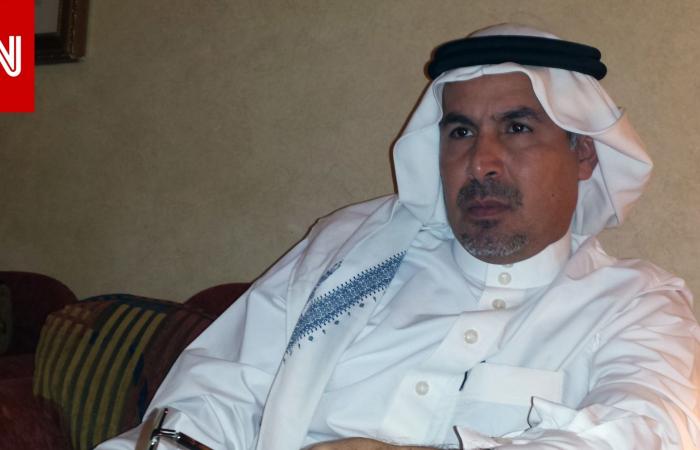 Dubai, United Arab Emirates (CNN) – The father of the Saudi detainee announced, Ali the tigerOn Wednesday, he was released nearly 10 years after his arrest, after being included in the law abolishing death sentences against minors by King Salman bin Abdulaziz.

Muhammad Al-Nimr said on his documented page on Twitter: “For ten years I spent while people were sleeping in the dead of the night…. I felt sincere calls, gentle whispers, and prayers knocking on the gates of heaven, and I picked up every call with little letter, great meaning and impact. Today, October 27, 2021 AD has become The son, Ali Al-Nimr, is the son of his family and relatives, and the tongue is incapable and words are weak in front of your kindness and friendliness, my friends,” he said.

Al-Nimr added, in his series of tweets: “On this day, October 27, 2021 AD, I present to all friends and loved ones, one by one, all thanks, appreciation, and gratitude, especially to those who remained in the midst of the night and the ends of the day, praying to God, and wishing the son Ali Al-Nimr and his peers relief and deliverance, and God answered their prayer, so it was The release was mixed with agonizing joy,” as he put it.

The father of the released Saudi detainee continued: “The credit after God belongs to the Custodian of the Two Holy Mosques with his historic decision in April 2020 AD to stop the issuance and implementation of sentences for the killing of minors, so may God and his Crown Prince reward him well,” as he put it.

Muhammad Al-Nimr praised the role of the Human Rights Commission in Saudi Arabia in releasing his son, pointing out that its efforts to achieve compatibility between Saudi legislation and international conventions reflected positively on human rights in Saudi Arabia.

Ali Al-Nimr’s father called on the Saudi leadership to issue a comprehensive amnesty for all prisoners and detainees, and said about this: “We ask God to help our country’s leadership to end the file of prisoners and detainees, end their suffering and the misery of their families, issue a comprehensive amnesty, and invite all those abroad to return again to the embrace of the dear homeland that accommodates us.” All,” he said.

The father of the released Saudi detainee asked his son for “tolerance and transcendence over the thick and deep surgeries,” and added, directing his speech to his son: “We do not allow malice and hatred to infiltrate our souls and hearts, even those who once practiced cruelty, severity and oppression. We say: Meditate and think to realize how short life is. It deserves that some of us inflict the slightest kind of harm on the other.

Muhammad al-Nimr had told CNN on February 7, 2021 that the Saudi government had abolished the death sentence against Ali and had sentenced him to 10 years in prison, of which he spent more than 9 years.

These were the details of the news He demanded a general amnesty and called on his son for... for this day. We hope that we have succeeded by giving you the full details and information. To follow all our news, you can subscribe to the alerts system or to one of our different systems to provide you with all that is new.