Learn about the most prominent achievements of the environmental sector in... 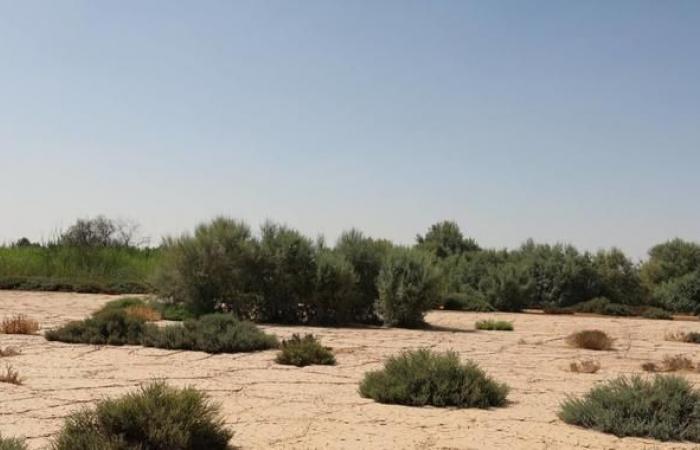 The Green Kingdom’s efforts are working to restore ecosystems by launching campaigns and initiatives such as “Let’s Make It Green”, “Green Saudi Initiative” and “Green Middle East Initiative”, as a contribution to enhancing biodiversity, combating climate change, reducing carbon emissions and improving the quality of life. The Kingdom did not possess the environmental and natural capabilities that would enable it to restore the ecosystem, which is distinguished by its diversity of ecosystems such as forests, agricultural lands, wetlands, desert lands, seas, coasts, mountains, and others.

During its presidency of the Group of Twenty last year, the Kingdom strengthened its leadership role towards common international issues and contribution to the protection of the planet. This resulted in a declaration on the environment to ensure a sustainable future that limits environmental degradation, preserves biodiversity, sustainable use and repair of natural resources, preserves the oceans, and encourages the availability of natural resources. Clean air and water, dealing with natural disasters and weather phenomena

The two global initiatives launched by the Kingdom during its presidency of the Group of Twenty, namely the “Initiative to establish the Global Platform to Accelerate Research on Coral Reefs”, one of the most important marine ecosystems, and the “Global initiative to reduce land degradation and preserve wild wildlife habitats”, which is concerned with restoring terrestrial ecosystems, have won acclaim. Several international organizations to restore marine and terrestrial ecosystems.

The national efforts towards preserving and developing the environment were characterized by their distribution over several locations throughout their geographical area, and the diversity of their objectives, including: King Salman Park, Green Riyadh, NEOM, The Line, the Red Sea, Al-Soudah, the King Salman Initiative for Renewable Energy, and the National Renewable Energy Program. The National Strategy for Health and the Environment, in addition to the establishment of the Special Forces for Environmental Security.

The projects aim to raise the per capita share of green space in the Kingdom, increase the percentage of total green spaces in it, improve air quality by reducing carbon dioxide, increase oxygen and humidity, reduce dust in the air, lower temperatures, and contribute to reducing energy consumption. Increasing the capacity to absorb and exploit rainwater and reduce its effects.

These projects will also encourage healthy mobility patterns among the population, and improve indicators of quality of life in general.

These were the details of the news Learn about the most prominent achievements of the environmental sector in... for this day. We hope that we have succeeded by giving you the full details and information. To follow all our news, you can subscribe to the alerts system or to one of our different systems to provide you with all that is new.