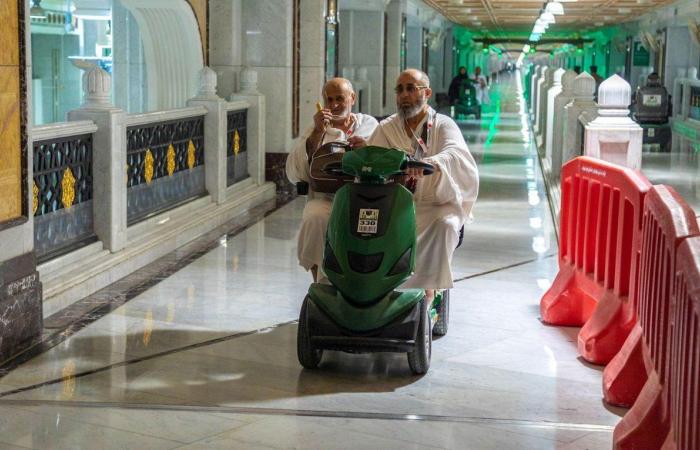 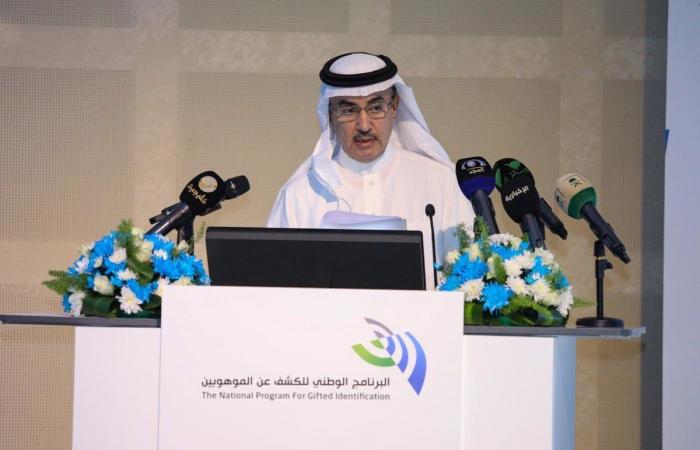 Jeddah - Yasmine El Tohamy - JEDDAH: Saudi Arabia has launched a nationwide search for talent, pursuing its strong belief in the role creative and innovative youth can play in the country’s development and prosperity.

The 12th annual National Project for Gifted Identification started on Wednesday in various regions of the Kingdom and includes students from third to 11th grade.

The launch was also a result of a strategic partnership between the Ministry of Education and the ETEC.

The launch took place under the patronage of Education Minister Hamad bin Mohammed Al Al-Sheikh. Saud bin Saeed Al-Mathami, secretary-general of King Abdulaziz and His Companions Foundation for Giftedness and Creativity (Mawhiba), Saad Al-Fuhaid, acting deputy minister of education, and Abdullah Al-Qatai, executive director of the National Center for Assessment — known as Qiyas — which is an affiliate center of the Education and Training Evaluation Commission, were also present at the event.

“The wise leadership aspires a better future for its people,” Al-Mathami said.

“The leadership’s support for Mawhiba was a motive for not accepting anything other than the first place so that Saudi Arabia remains a reference and support for everyone who seeks to improve their performance in the field of talent and creativity.”

Al-Mathami highlighted Mawhiba’s keenness to build bridges of cooperation and partnership with its strategic success partners the Saudi Education Ministry and the ETEC.

“The National Project for Gifted Identification is a model for integrative work between state institutions,” he said.

“This model has worked through the strategic partnership between Mawhiba, the ministry of education and the ETEC-Qiyas, in discovering and nurturing talent in the Kingdom.”

Mawhiba has directed its goals toward investing in talented youths to develop them as future leaders who will be job creators and technology producers, Al-Mathami said. He added that the national program is one of the starting points for identifying gifted youths in addition to other identification measures.

The secretary-general said more than 630,000 male and female students have applied for the programs since Mawhiba was launched 11 years ago.

More than 430,000 of these applicants have been tested as more than 144,000 students qualified for the services of the programs, he said.

According to Al-Mathami, the number of applicants saw a significant increase since the national program started in 2011 as there was another notable rise seen in 2020.

The secretary-general said that Mawhiba succeeded in overcoming challenges such as curfews during the COVID-19 pandemic, making use of modern technology, and providing the students with the needed programs — all while keeping their safety as a top priority.

Al-Mathami said Saudi youths were able to win 53 prizes during the current year, which set the Kingdom’s overall score of international prizes to 453. He attributed the achievements to 20 enrichment programs, quality competitions, classrooms, and advanced curricula.

“Nurturing talent has a great impact on scientific and technological progress,” Al-Fuhaid said during the ceremony.

“Joint efforts have attracted talented inventors to develop their creative capabilities, resulting in a creative generation with new concepts and innovative ideas.”

Al-Qatai said that the national program for nurturing the talented is the most important investment in human resources.

“Saudi Arabia was one of the first countries to invest in human resources,” he said. “Statistics that we see today are the best evidence of the quality of this kind of investment.”

He told Arab News the programs provided to students depended on their scores on the Qiyas test, but all of them received the Mawhiba enrichment programs.

Students who are found to be talented underwent a special program, called “Student’s Trip,” which was designed for their needs and talents, Al-Othmani said.

The foundation provides enrichment programs in more than 20 scientific tracks, he said, as these include mechanical engineering, aviation, robots, electrical engineering, outer space, and more.

Al-Othmani said Mawhiba is the only institution in the world that offers talent identification programs while nurturing and empowering its members. The results are paying off as Mawhiba has won 83 prizes at the International Science and Engineering Fair, considered to be the largest science competition for students in the world.

“Mawhiba has set a unique global example,” he said.

These were the details of the news Pilgrim services in the spotlight at GITEX Dubai for this day. We hope that we have succeeded by giving you the full details and information. To follow all our news, you can subscribe to the alerts system or to one of our different systems to provide you with all that is new.