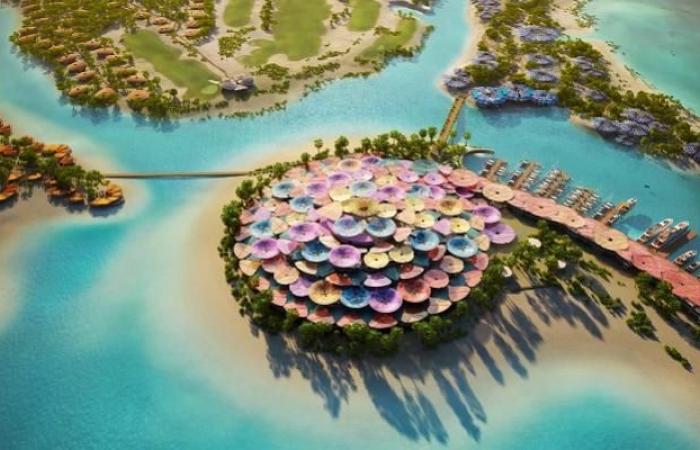 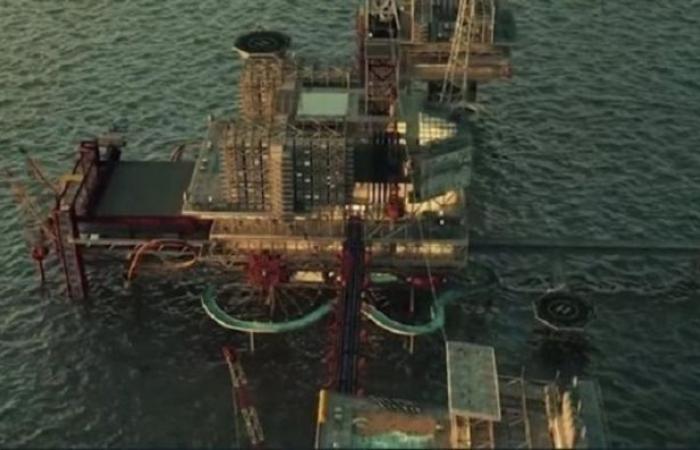 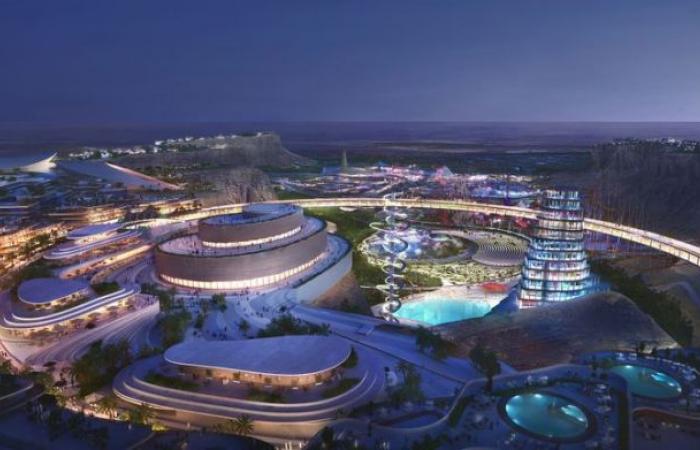 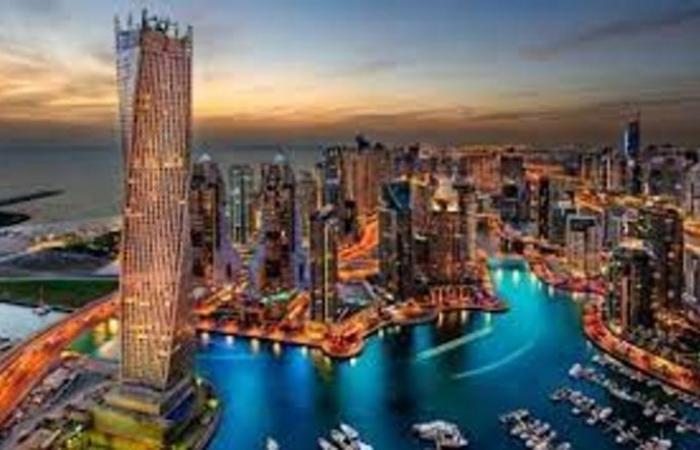 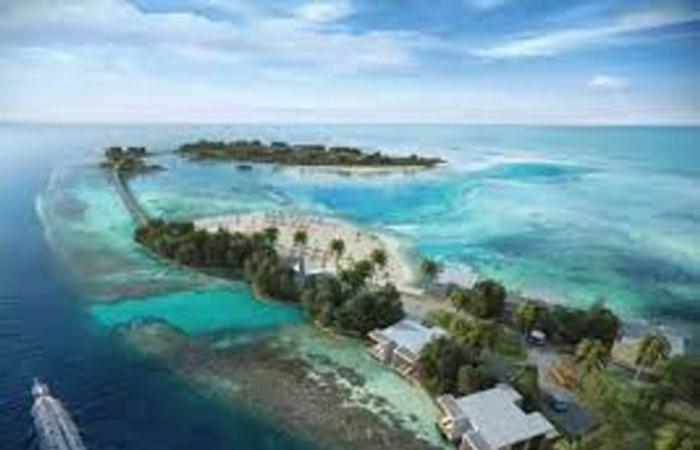 The Kingdom of Saudi Arabia aims to achieve 100 million visits annually by 2030, to place the Kingdom in the ranks of the five most visited countries in the world.

Among the most prominent tourism projects that help shape the tourism industry in Saudi Arabia are The Rig, Qiddiya, and NEOM projects.

The Saudi Public Investment Fund had launched the “The Rig” tourist and entertainment project on October 16, 2021, which is located in the Arabian Gulf region.

The project extends over an area of ​​more than 150,000 square meters, as it mixes various options for hospitality, accommodation, adventure and marine sports experiences.

The project is being built on platforms that derive their concept from offshore oil platforms. The Rig was designed to be the perfect place for lovers of daring and adventure sports, as it was designed to transport you to another world, towards new horizons and levels of exploration and adventure.

The project contains a lot of water entertainment, games and amusement parks such as roller coasters and others. The tourist resort consists of 3 hotels containing 800 hotel rooms and 11 restaurants. The project includes luxurious means of transportation, including helicopters, fast ferries and private yachts.

The Qiddiya project is considered one of the most important tourism projects in the Kingdom, as Qiddiya represents an important part of the changes currently taking place in the Kingdom.

It is a catalyst for national transformation and contributes to enriching the lives of citizens, while stimulating innovation in the creative, hospitality and entertainment sectors.

Qiddiya is looking to host its first Formula 1 race in 2023, and the new circuit on the outskirts of Riyadh has been designed by former Formula 1 driver Alex Wurz.

The cost of Qiddiya is $10 billion, and in the first phase alone, there are more than 45 projects, where visitors will have access to more than 300 recreational and educational facilities.

Including the standard Formula 1 racetrack, a 20,000-seat slope-top stadium, an 18,000-seat indoor arena, an aquatic center and sports center, as well as a 2,000-seat performing arts theater and cinema. Qiddiya will include Six Flags, an extension of the American theme park.

The smart city of NEOM, which costs about 500 billion dollars, is one of the most prominent Saudi projects; Being one of the major smart cities, it is scheduled to open by 2025.

The Kingdom hopes to obtain large financial returns from the city of NEOM, as the government is betting on collecting $100 billion from the project by 2030, according to local media.

The Red Sea project is preparing to receive its guests by the end of 2022. The first phase of the development will include 14 luxury hotels and provide 3,000 rooms on five islands and two inland locations.

The project will also include recreational facilities, an airport and logistical infrastructure, and upon its expected completion in 2030, the project will provide visitors with up to 8,000 hotel rooms across 22 islands and six different inland locations.

In a related context, the Undersecretary for Investment Attraction at the Saudi Ministry of Tourism, Eng. Abdulhadi, said that the ministry has developed its strategy based on 3 axes, the most important of which is achieving 100 million visits annually by 2030 to place the Kingdom in the ranks of the five most visited countries globally, and creating one million additional jobs in the tourism sector by 2030. In addition, tourism represents 10% of GDP (the second largest economic sector after oil).

This came during a meeting held today, Thursday, by the Riyadh Chamber, represented by the Tourism Committee and the Saudi Ministry of Tourism, in the presence of the Chamber’s Vice Chairman and Chairman of the Committee, Nayef Al-Rajhi.

These were the details of the news 100 million visits annually… an “exceptional” target for Saudi tourism by... for this day. We hope that we have succeeded by giving you the full details and information. To follow all our news, you can subscribe to the alerts system or to one of our different systems to provide you with all that is new.