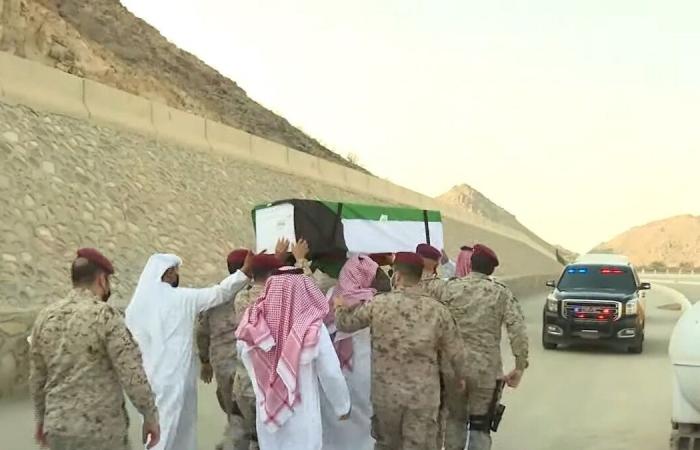 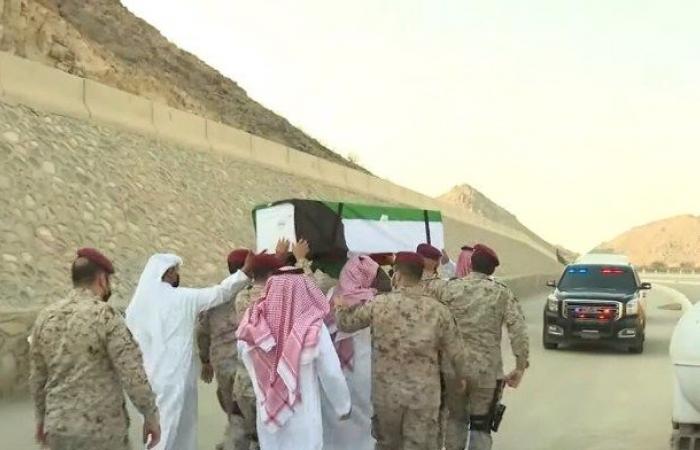 Today, Thursday, Saudi Arabia received the remains of a Saudi army officer, who was captured in the war to liberate Kuwait from the Iraqi invasion in 1990, before he died in Iraqi prisons in 2008, amid efforts to retrieve the body all those years.

Colonel Abdullah Salem Al-Qarni was among the members of the Saudi forces that participated in the “Desert Storm” operation led by the United States of America to expel the forces of Iraqi President Saddam Hussein, when he was captured in that war.

A video clip broadcast by the state-run Al-Ekhbariya channel showed a coffin containing the remains carried by officers from the car towards the cemetery, where prayers were held over it, before being buried.

The coffin was wrapped with the flags of Saudi Arabia and Kuwait, in a symbolic sign of loyalty to the war in which the Qarni officer was captured.

Saudi singers on Twitter, where the recovery of the body received wide feelings of sadness and sympathy, said that Al-Qarni left a family behind, and his children had grown up after all those years.

Al-Ekhbariya channel said that Riyadh had many and persistent demands to hand over the remains of prisoners participating in the war to liberate Kuwait.

The body arrived earlier at King Abdulaziz Airport in the western city of Jeddah, before arriving by car to Makkah Al-Mukarramah, where it was buried and buried in the cemetery of the martyrs of the Haram.

The relationship between Riyadh and Baghdad has witnessed a remarkable improvement in the past few years, with the Kingdom’s attempts to return Iraq to its Arab surroundings to reduce the dominance of neighboring Iran over its capabilities and decisions.

More than three decades after the end of the “Desert Storm” that defeated the Iraqi army and forced it to withdraw after incurring great losses in equipment and lives, the file of prisoners and missing persons of that war is still open.

These were the details of the news Saudi Arabia retrieves the remains of an officer captured in the... for this day. We hope that we have succeeded by giving you the full details and information. To follow all our news, you can subscribe to the alerts system or to one of our different systems to provide you with all that is new.