Leaked documents: Countries, including Saudi Arabia, have lobbied to amend a... 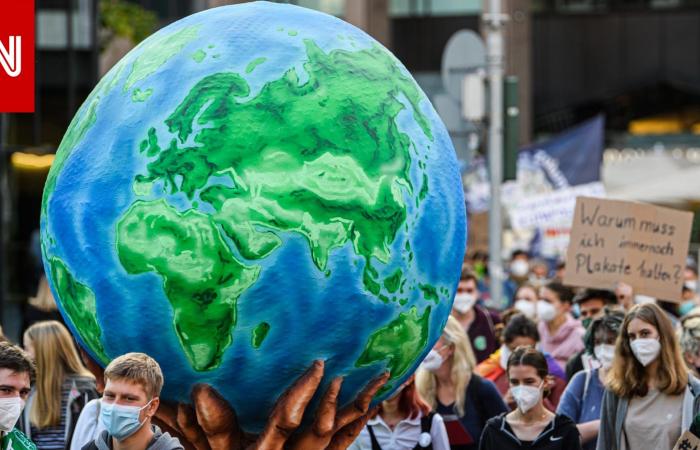 Atlanta, USA (CNN)–Leaked documents obtained by Greenpeace show how major fossil fuel and meat-producing nations are lobbying against climate action supposed to be included in a major United Nations report.

The documents, which were leaked to the investigative team of Greenpeace UK journalists, show how fossil fuel producers, including Australia, Saudi Arabia and the Organization of the Petroleum Exporting Countries (OPEC), are allegedly putting pressure on the Intergovernmental Panel on Climate Change. To remove or weaken a key finding that the world needs a rapid phase-out of fossil fuels,” according to Greenpeace.

CNN has not been able to obtain or independently confirm the full contents of the documents but has reviewed the excerpts.

According to Greenpeace, documents show that Saudi Arabia has asked the report’s authors to remove a sentence calling for the energy sector to “quickly switch to carbon-neutral sources and (phasing out) all fossil fuels.”

The documents reviewed by Greenpeace related to the second draft of the Working Group III contribution to the landmark Sixth Assessment Report of the Intergovernmental Panel on Climate Change, due to be published next year.

The organization said Australia rejected a statement in the draft report that shutting down coal-fired power plants was necessary to achieve zero emissions in energy systems, and asked the report’s authors to delete a statement saying pressure on fossil fuels has hampered climate action in Australia.

Reportedly, Japan asked the authors to delete the estimates or add additional context for what it called a “misleading” paragraph about retiring fossil-fuel power plants so that the world could meet the goals of the Paris climate agreement.

The leaked documents also indicated that Brazil and Argentina, two of the world’s largest beef producers, “are pushing to delete messages about climate benefits to promote vegetarian diets and reduce consumption of meat and dairy,” according to the organization.

The documents claimed that Brazil had requested the removal of a method that suggested switching to a diet with more plant-based protein was good for health and could help reduce greenhouse gas emissions, while Argentina reportedly wanted to delete an entire paragraph on the climate benefits of plant-based diets.

Greenpeace considered that the leaked documents raise questions about the willingness of countries to commit to decisive climate measures just days before the COP26 climate summit in Glasgow.

A spokesman for the intergovernmental body, the world’s leading authority on climate change, said Thursday that its operations are transparent.

“Our processes are designed to protect against lobbyists – from all sides (…) Key elements are diverse and balanced author teams, the review process is open to all, and decision-making on texts is unanimous,” he added.

“The IPCC process is completely transparent, and we routinely publish initial drafts, review comments, and author responses to comments, once the report has been completed,” the spokesperson said.

CNN is seeking comments from the countries mentioned in the leaked documents.

These were the details of the news Leaked documents: Countries, including Saudi Arabia, have lobbied to amend a... for this day. We hope that we have succeeded by giving you the full details and information. To follow all our news, you can subscribe to the alerts system or to one of our different systems to provide you with all that is new.