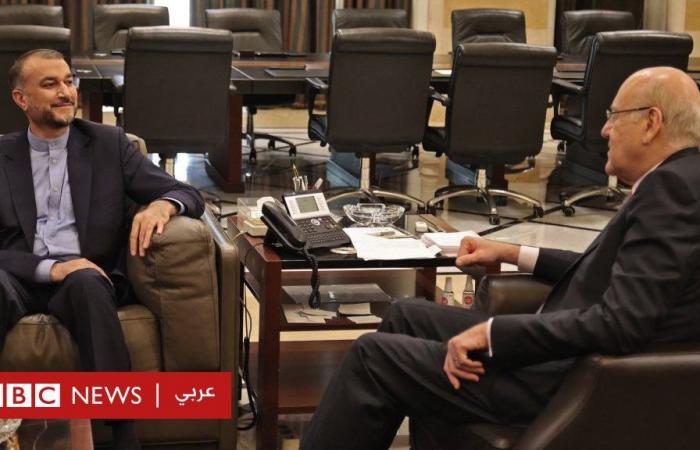 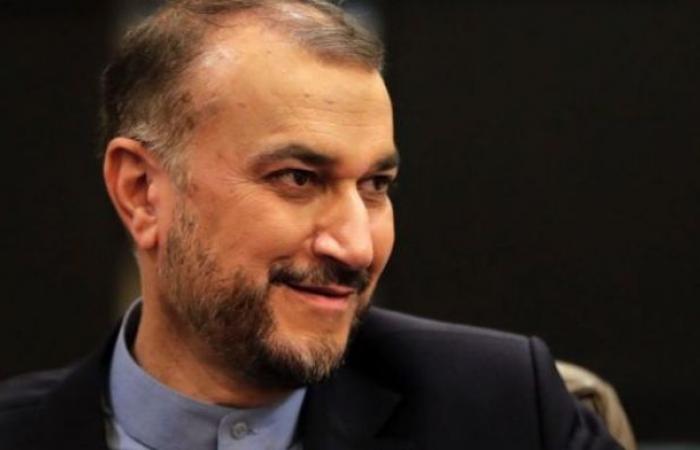 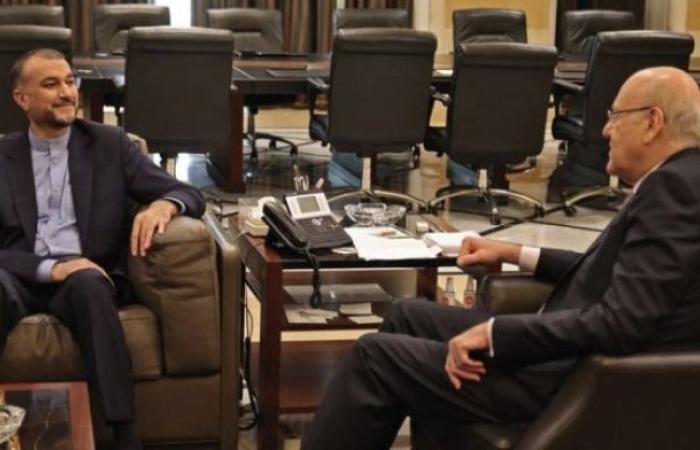 He indicated in a press conference in the Lebanese capital, Beirut, that his country is ready to build two power plants in Lebanon, within 18 months.

He explained that Tehran is ready to help rebuild the port of Beirut, which was destroyed by a huge explosion last year, if the Lebanese government requests it.

The Iranian Foreign Minister began his visit to Lebanon by meeting the Lebanese President at the Presidential Palace in Baabda and Prime Minister Najib Mikati at the Grand Serail in Beirut.

The Iranian minister, who had arrived in Beirut late on Wednesday night, coming from the Russian capital, Moscow, met Aoun on Thursday morning, and left Baabda Palace without making any statements.

For his part, Aoun affirmed, “Lebanon’s support for the efforts being made to enhance rapprochement between the countries of the region,” according to the official National News Agency.

The minister held a press conference at the airport, during which he said that his country supports Lebanon with full force, and affirmed “the Islamic Republic’s confidence that Lebanon will be able to overcome all the difficulties it is experiencing, and the brotherly Lebanese people have overcome all the difficult stages they have gone through.” He added: “Iran will not skimp on anything in the field of helping Lebanon.”

It is scheduled to meet the Iranian Minister and Foreign Minister Abdullah Bu Habib. He will also meet with representatives of Palestinian factions and forces at the Iranian embassy in Beirut.

On Wednesday, dozens of Lebanese demonstrated against Abdullahian’s visit to the country. The demonstrators raised the Lebanese flag, and banners reading slogans, including: “Iran, get out of Lebanon,” and “We demand the liberation of Lebanon from Iranian occupation,” while there was no comment from the Lebanese government about the demonstration.

Political parties accuse Iran of trying to extend its influence in Lebanon, through “Hezbollah”.

The most prominent title of the visit is the welcome to the Saudi-Iranian dialogue, which Iranian Foreign Minister Abdullahian said has come a long way.

Lebanon may be one of the main beneficiaries of such a rapprochement in light of the reflection of the Saudi-Iranian tension on internal divisions, although it is too early to talk about any change in regional positions – especially Saudi Arabia towards Lebanon or Hezbollah in particular. Hence, the talk of the Lebanese officials, whom Abdullahian met, about the importance of the success and development of this dialogue.

Other than that, it was remarkable that the Iranian minister stressed upon his arrival in Lebanon that Tehran stood by Beirut in the face of the siege it is facing. This refers to the Iranian oil ships that were sent to Lebanon via Syria.

However, this talk was absent in the official statements that followed the visit of the Lebanese officials, which came in classic language and spoke of Iran’s standing by Lebanon, without referring to the blockade or the ships that the Lebanese official authorities dealt with in complete disregard.

As for the discourse of cooperation and support, it is not new, and Iran often presents it as an open offer to Lebanon because it knows that any official cooperation with it is without major obstacles, some of which are related to US sanctions, and others are related to some internal sensitivities.

In this context, a group of dozens of people preceded Abdullahian’s visit with a march that raised slogans against Iran, expressing a form of the great division regarding Hezbollah inside Lebanon, which is part of the normal political scene in the country.

This visit comes after Hezbollah brought shipments of Iranian diesel to Lebanon via Syria, and distributed them according to a plan drawn up by the party.

About two years ago, Lebanon was beset by an economic crisis, the worst in its history, as it caused a financial and living collapse, high poverty rates, and a scarcity of fuel, medicines and other basic commodities, due to the lack of foreign exchange needed to import them.

The Iranian Foreign Minister had arrived in Moscow on Tuesday, and after his talks with his Russian counterpart, Sergey Lavrov, he left for the Lebanese capital, Beirut.

These were the details of the news Iranian Foreign Minister from Beirut: Talks with Saudi Arabia “go well” for this day. We hope that we have succeeded by giving you the full details and information. To follow all our news, you can subscribe to the alerts system or to one of our different systems to provide you with all that is new.