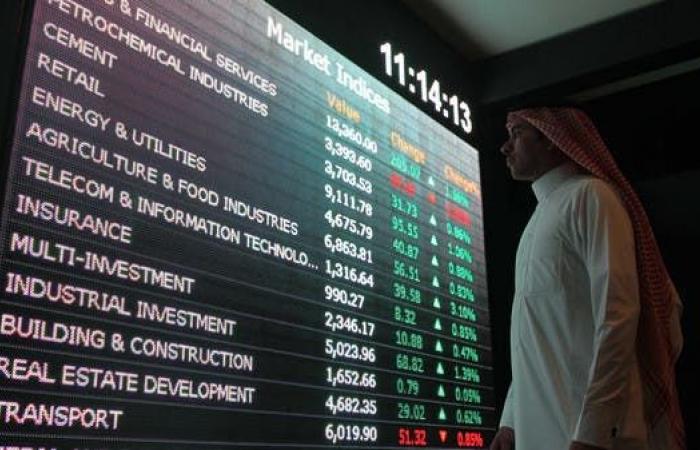 The chief investment officer of Mada’a Investment, Thamer Al-Saeed, said that the Saudi market has been moving horizontally since the beginning of August, compared to the vertical movement of the market during the last period.

He explained that the market is motivated by the momentum of dealers, pointing out that there are 3 to 4 shares that exceeded the levels of 2006, and this matter gives a picture of the great demand for the stock market in the Kingdom.

However, in terms of valuation, the shares may not be at their average levels in terms of multiples, multipliers and dividends if we compare them to their historical levels, according to Al-Saeed, noting that investors have the ability to pay a higher premium so that they can achieve the best possible profits.

He stated that this trend by investors is changing, as corporate profits and the performance of global markets have changed, which is determined by changing the cost of lending.

He pointed out that if there is a change in the interest rate by the Fed, the cost of lending will change, and the appetite for moving money to deposits and less risky assets will increase.

He stated that the stock market would be affected similarly to the impact of global markets in the event the Federal Reserve raises interest rates, but he stressed that the momentum will not be lost suddenly, “because we are used to reading the news and reading changes in corporate profits… and there is a discrepancy between corporate profits and their impact on changing interest rates.” .

Regarding SABIC and its American project, Al-Saeed said that there are 9,000 tons of ethylene that SABIC produces from its subsidiaries and affiliates, from which it sells ethylene in raw form and uses some of it as feedstock.

The Saudi Basic Industries Corporation (SABIC) has begun the stage of preparing for the trial run of the joint venture for petrochemical industries with ExxonMobil in the US Gulf Coast.

Al-Saeed pointed out that the project enhances SABIC’s access to other customers, and its production means that 20% of the production capacity will be directed to the American market and thus will be closer to opening a customer base.

These were the details of the news 4 shares in the Saudi market exceeded 2006 levels for this day. We hope that we have succeeded by giving you the full details and information. To follow all our news, you can subscribe to the alerts system or to one of our different systems to provide you with all that is new.