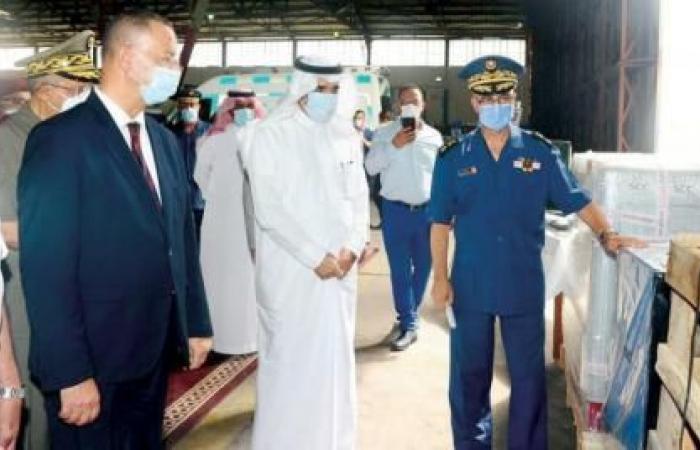 Tunisia received additional medical aid from Saudi Arabia, in addition to the previous aid, to contribute to meeting the needs of the Tunisian health sector.
Yesterday, Dr. Abdulaziz Al-Sager, Saudi Ambassador to Tunisia, handed over the medical aid provided by the Kingdom, which includes high-performance oxygen generators to provide oxygen to a number of hospitals and health centers.
Dr. Al-Saqr stressed that this aid is an extension of what the Kingdom has provided to Tunisia during the past months, praising the efforts made by Saudi Arabia to help Tunisia overcome the “Corona” crisis.
For his part, Tunisian Health Minister Ali Al-Mrabet, Presidential Adviser Walid Al-Hajam, and officials in the presidency and military health praised the Kingdom’s distinguished efforts, which confirm the depth of the relationship between the two brotherly countries.
The inauguration of the handover was attended by the Tunisian Minister of Health, the advisor to the Tunisian President, the Director of Military Health, Lieutenant-General Mustafa Al-Ferjani, and Admiral Atallah, the security advisor to the Tunisian presidency.

These were the details of the news Additional Saudi medical aid to Tunisia for this day. We hope that we have succeeded by giving you the full details and information. To follow all our news, you can subscribe to the alerts system or to one of our different systems to provide you with all that is new.