Generals and employees of “Integrity” among those accused of corruption in... 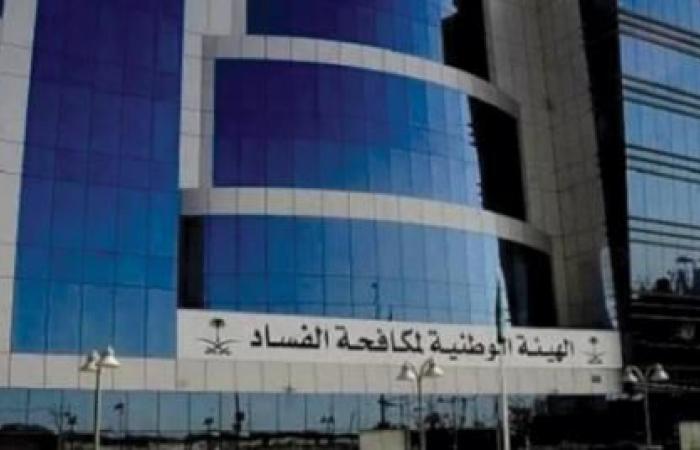 The authority stressed that financial and administrative crimes “do not have a statute of limitations.”

The Saudi Anti-Corruption Commission “Nazaha” announced the arrest of 41 employees in various government sectors, on suspicion of involvement in financial and administrative corruption crimes, including major generals and 4 employees of the authority, to complete the legal procedures against them.
An official in the Saudi Control and Anti-Corruption Authority said yesterday that the authority has initiated a number of criminal cases during the last period. The commission published, through its account on Twitter, a detailed list of twenty criminal cases that it has initiated, including the head of a charitable association, officers in various military institutions, and employees of various ministries and sectors.
The most prominent financial and administrative corruption crimes that were monitored were distributed between bribery and abuse of the influence of the position or breach of its duties, in addition to issues related to embezzlement of public money, forgery and money laundering.
The list included 4 employees of the Anti-Corruption Authority, including two officers, some of whom were involved in covering up criminals in corruption cases or receiving bribes in exchange for keeping their cases, while another was involved in fabricating a case against a citizen in order to pressure him to drop a case against one of his relatives with the police.
One of the most prominent cases is the investigation of 4 officers at the rank of major general, one of whom is in service, for obtaining, during their period of work at the Ministry of National Guard, sums exceeding 200 million riyals ($53 million) in exchange for enabling foreign companies to contract with the ministry.
A former university vice-rector was arrested in one of the regions due to the inflation of his bank accounts and real estate wealth during his supervision of project management at the university, and his possession of 19 properties that were found to come from commercial entities contracting with the university. A former head of the review board in a general court was also arrested for obtaining two million riyals from a property owner who was arrested, in exchange for completing the procedures for emptying land owned by a cooperative society.
Among those covered by the procedures was the head of a charitable association in one of the regions for awarding projects to the association to commercial entities belonging to him with total amounts exceeding 6 million riyals ($1.6 million), financing the capital of his commercial entities from the association’s funds, and arresting a non-commissioned officer in one of the regions’ prisons for seizing about Half a million riyals ($133,000), in his custody, was allocated as a cash ration for prisoners.
The authority stressed that it is continuing to monitor and seize anyone who uses force, violence or threats against a public employee to obtain from him the judiciary of an illegal matter, or to force him to avoid performing one of the work assigned to him by law, or who infringes on public money or exploits the position to achieve his personal interest. , or to harm the public interest and hold him accountable even after the end of his relationship with the job. She stressed that financial and administrative corruption crimes “do not fall within the statute of limitations, and the authority is continuing to implement what the system requires against transgressors without complacency.”

These were the details of the news Generals and employees of “Integrity” among those accused of corruption in... for this day. We hope that we have succeeded by giving you the full details and information. To follow all our news, you can subscribe to the alerts system or to one of our different systems to provide you with all that is new.