His exit revealed the hidden .. How did Abdul-Ilah Al-Maliki save... 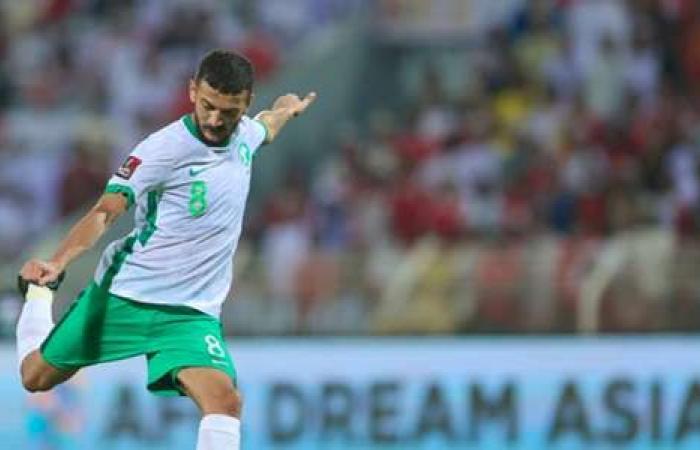 A new day of joy for the Saudi national team, which is making steady strides towards the 2022 World Cup finals for the second time in a row, after winning away to Oman with a clean goal.

Al-Akhdar, led by French coach Herve Renard, won tonight with a single goal scored by Saleh Al-Shehri, in the second round of the group stage in the Asian qualifiers for the World Cup.

Tonight’s match was not at the expected level of green. Everyone disagreed about the technical evaluation of the team in general, but what they agreed on was that midfielder Abdelilah Al-Malki is the star of the match, according to the digital assessment.

Al-Maliki participated for 87 minutes of the match, before he went out and replaced him with Ali Al-Hassan, and here the green gap appeared in the middle of the field, as the owners of the land managed to reach the Saudi goal with more than one chance since Al-Maliki left, had it not been for the brilliance of goalkeeper Muhammad Al-Owais.

What did Al-Maliki do in the match?

Defensively, the Al Ittihad midfielder was the best player in his team, which was evident after his exit, as he stopped four attacks for Oman, as well as deflecting the ball from the penalty area three times, while saving one shot.

In bilateral confrontations, Al-Maliki outperformed the opponents’ players nine times, while he lost six matches, while he excelled in aerial tackles by 100%.

As for his passing, he passed the ball 43 times, of which 38 were successful with an accuracy of 88.4%, and 28 of them were in the center of the opponent’s court.

From the offensive side, he made one shot, while creating a real chance for his teammates, but it was not translated into a goal.

These were the details of the news His exit revealed the hidden .. How did Abdul-Ilah Al-Maliki save... for this day. We hope that we have succeeded by giving you the full details and information. To follow all our news, you can subscribe to the alerts system or to one of our different systems to provide you with all that is new.