A leader in “Ansar Allah” clarifies the goal of the escalation... 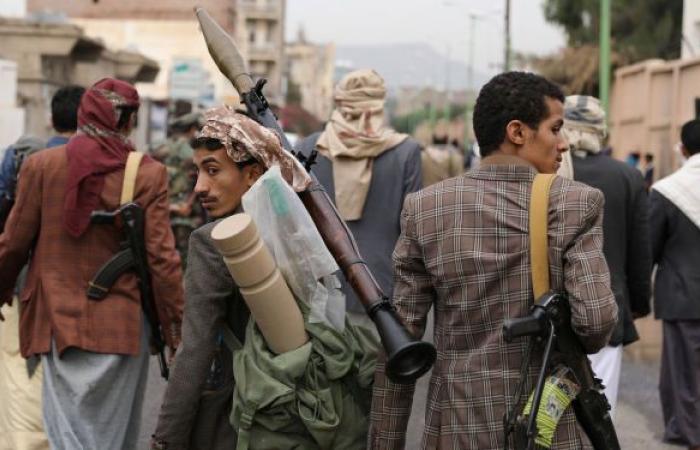 A member of the Political Council of “Ansar Allah”, Muhammad Al-Bakhiti, confirmed that Yemen, since the beginning of the aggression, has been seeking to liberate all of its lands, and that peace will not be achieved without lifting the siege, stopping the aggression and withdrawing all foreign armies from the country. These just positions and demands are what the leader of the revolution, Abdul King Houthi in his recent statements.

And he said in a telephone conversation with “Sputnik”, today, Sunday, that we should differentiate between liberating Yemen from all occupying foreign forces and singling out the political decision. On the contrary, we believe in a political process based on internal balances and accommodating all components and political forces, but the countries of aggression are the ones who seek to monopolize the political decision by trying to impose “Hadi” until the American ambassador returns to Sanaa to be the actual ruler of Yemen, as was the case before the 2014 revolution. .

The member of the Political Council added, we are not targeting any political component, but our goal is to liberate Yemen from all foreign forces, in addition to military pressure on Riyadh to submit to a peaceful solution after striking the depth of its territory.

Regarding the position of the Salvation Government in Sanaa on the issue of the south, Al-Bakhiti said, not all southerners demand secession, and those who demand secession are based on the wrong practices practiced by the previous regime during the era of Ali Abdullah Saleh in partnership with the Islah Party, but we are working to provide justice to all the oppressed in the south and in general. To whom.

He added, “Many southerners, after realizing that the countries of aggression do not want good, neither for the north nor for the south, are now with the continuation of unity and the liberation of Yemen from all foreign forces, and we are ready for any dialogue, even with those who demand disengagement or secession, because we aspire to a political process that accommodates All parties, including the Southern Movement.

The member of the Political Council pointed out that the recent operations in the Saudi depth are a natural result of what the countries of the aggression were doing. Yesterday, they were bragging through their media that they had launched 170 raids on Ma’rib only, and we did not hear any condemnation or denunciation of those operations abroad, but when Yemenis defend themselves today and respond to the aggression in their own homes. We hear many statements condemning these operations, and so far we find that the four countries of aggression “Saudi Arabia, Britain, America and the UAE reject the principle of comprehensive peace, so we are compelled to continue to defend Yemen and liberate every inch of it.” his land so that they incline to peace and accept the principle of honorable peace, because we reject any peace that imposes guardianship on Yemen.

And he concluded by saying, “Yemen is for all Yemenis, and we do not seek to target any Yemeni, even those who stood in the ranks of the enemies, including the Islah party, which is targeted by the Abu Dhabi and Riyadh regime, where Saudi Arabia uses them as tools even though it puts them on the list of terrorism, so we ask everyone who stood in the side of the aggression to They review their accounts after the facts were revealed.

Since March 2015, Saudi Arabia has led a military coalition of Arab and Islamic countries, in support of the internationally recognized Yemeni government, in its quest to restore the capital, Sanaa, and large areas in north and west Yemen, which the group seized in late 2014.

On the other hand, Ansar Allah group carries out attacks with drones, ballistic missiles, and booby-trapped boats; Targeting Saudi and Yemeni forces inside Yemen, and inside the territory of the Kingdom.

The parties to the conflict in Yemen met in December 2018, for the first time in several years, at the negotiating table, which was organized under the auspices of the United Nations in Stockholm. They were able to reach a number of important agreements, notably on the exchange of prisoners, and a ceasefire in the strategic city of Hodeidah and placing it under the control of the United Nations.

These were the details of the news A leader in “Ansar Allah” clarifies the goal of the escalation... for this day. We hope that we have succeeded by giving you the full details and information. To follow all our news, you can subscribe to the alerts system or to one of our different systems to provide you with all that is new.