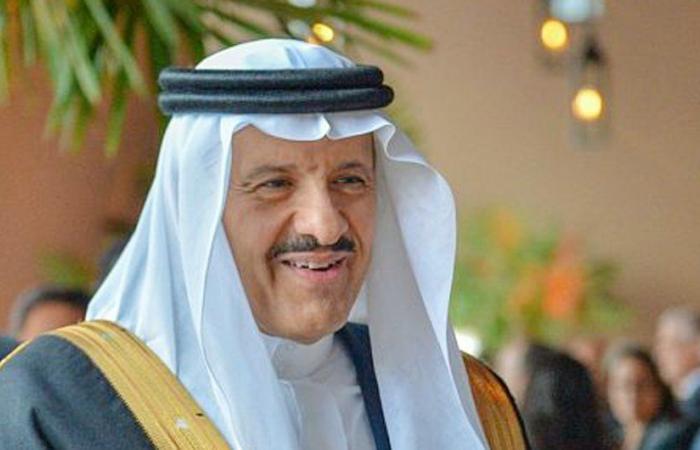 They inspected project developments, including Prince Sultan Tower and King Salman Tower, in addition to inspecting the progress of the other four projects.

Prince Sultan said: “When King Salman was governor of the Riyadh region in 1988, he charged me with running for the board of directors of the Disabled Children’s Association.

“At the time, the association was suffering from a scarcity of financial resources to implement its existing and future plans. During that period, my colleagues on the board of directors presented a plan to diversify the sources of income for the association, and it focused on activating the investment side in different Saudi cities, including Makkah and Madinah.

He announced that work would begin on building the Prince Sultan bin Salman Endowment for the Memorization of the Holy Qur’an for children with disabilities with initial funding of SR14 million.

He explained that Khair Makkah was a strategic project that received great attention from the board of directors because it reflected the development of the DCA’s resources, ensuring the continuity of the care programs and expansion plans offered by the association and its centers to meet the needs of all regions.

He added that the Khair Makkah project was one of the DCA’s top achievements in recent years because it reflected the association’s leadership and its position in the Kingdom’s charitable work process.

This had made it worthy of King Salman’s support and the confidence of state agencies and donors to culminate in more than 35 years of integrated institutional work.

DCA executive director, Dr. Ahmed Al-Tamimi, said the chairman’s visit to the project site was aimed at following up on project progress and examining completion rates in preparation for inauguration and operation.

Al-Tamimi added that the visit also aimed to inform the DCA’s philanthropic partners who had contributed to the projects since they were an idea and show how their initiatives had become a reality.

“Many companies, institutions, and banks active in the field of social responsibility, as well as philanthropic businessmen, interacted with generous awareness with the project until it materialized on the ground. These projects are an extension of other investment projects that have been completed in Madinah, Riyadh, Jeddah, and Al-Jawf.”

These were the details of the news Saudi officials inspect Khair Makkah project for this day. We hope that we have succeeded by giving you the full details and information. To follow all our news, you can subscribe to the alerts system or to one of our different systems to provide you with all that is new.