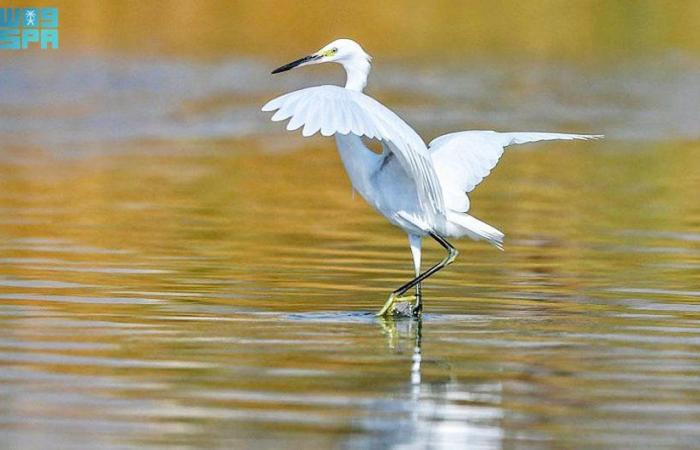 Marked on May 8, World Migratory Bird Day is an annual awareness-raising campaign that promotes the conservation of migratory birds and their natural habitats.

The event also exposes the threats faced by migratory birds and their ecological importance.

Saudi Arabia has achieved ecological balance and protected migratory birds by enacting a series of programs and laws governing bird hunting and falconry, the Kingdom’s “heritage hobby” that has been passed down from generation to generation.

Last November, the Saudi Falcons Club launched a special program to raise awareness of the importance of endemic and migratory falcons and encourage them to return to their natural homes, boosting reproduction and ensuring long-term survival.

This environmental program embodies the ambitious goals of the Kingdom’s Vision 2030 to safeguard wildlife and natural habitats in the Kingdom.

This year, the program succeeded in reviving 28 nests accommodating 60 chicks, including lanner and Barbary falcons in eight administrative regions.

Surveillance efforts also aim to establish an optimal habitat for falcons, protect them from encroachment, and provide documented evidence of the release stage before the chicks’ ability to fly, as well as protect them from predators.

Lanner, Barbary and saker falcons are among the species that are protected through hunting bans in the Kingdom.

These were the details of the news Saudi Arabia boosts efforts to protect endangered bird species for this day. We hope that we have succeeded by giving you the full details and information. To follow all our news, you can subscribe to the alerts system or to one of our different systems to provide you with all that is new.