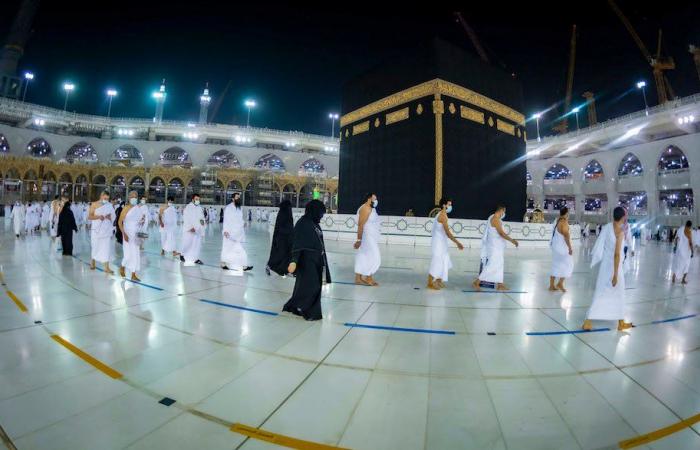 Jeddah - Yasmine El Tohamy - JEDDAH: A new poll has revealed that Saudis reduced their participation in social events by more than 70 percent amid the coronavirus pandemic.
The results were part of a recent telephone study by the Saudi Center for Opinion Polling that surveyed a random sample of 1,190 people aged 18 years and older during Ramadan.
Saudis also reduced visits to relatives by 46 percent and to friends by 54 percent, the center found. During Ramadan, 42 percent of people maintained regular levels physical exercise, while 39 percent of respondents said they watched less television.
The findings also revealed a 39 percent increase in mobile phone use and that 52 percent of people spent their time on other entertainment activities.
Speaking to Arab News, Arwa Meer, an admin supervisor at a Jeddah hospital, said that she had reduced her social activities due to the nature of her work environment.
“Last Ramadan, I was working for the whole period of the COVID-19 curfews and lockdowns. Even if I had time, I wouldn’t see anyone because I was in constant contact with COVID-19 cases. That was something that made me refrain from seeing anyone,” Meer told Arab News.
However, this year has also created a similar situation, she said. “There’s potential exposure to COVID-19 cases as I continue my work at the hospital. Some of my colleagues got infected, so that made me refrain from social gatherings and visits even more. Even with my family at home, I try to avoid physical contact with them as much as possible, just as a precaution not to possibly infect anyone if I was a carrier.”
When asked if her visits to friends had also changed, the supervisor said the pandemic forced her to become “less social.”
She added: “The pandemic has made us all a little less social actually. It’s been a long time since I’ve last seen my friends. I see them maybe once a month. This Ramadan, I didn’t see my friends at all, not for iftar or sahoor.”

The results were part of a recent telephone study by the Saudi Center for Opinion Polling that surveyed a random sample of 1,190 people aged 18 years and older during Ramadan.

Sharing the same sentiment, 28-year-old Talal Al-Shammari from Jeddah said that it is “only natural” that family visits will decrease during the current circumstances.
“Nobody wants to be put in such a situation to be infected in the first place. Everyone is afraid for their family members over themselves,” he told Arab News. “No one would ever want to harm their relatives or friends, especially the elderly, those with a weaker immune system or children.”
The survey found that online shopping was also unaffected during Ramadan when compared with previous levels.
Meanwhile, 68 percent of people surveyed reported that higher levels of advertising during Ramadan did not affect their buying decisions. “Another surprising result is that the majority (79 percent) were reluctant to eat in restaurants during Ramadan,” the survey said.
Other results revealed that total hours of sleep during Ramadan increased for just 25 percent of respondents, while the majority of those surveyed said that they did not “significantly change their lifestyles” during Ramadan.
The survey also found that 58 percent of people did not notice a change in their moods or emotions during the period.
Work discipline remained the same for 81 percent of people, as did working hours for 79 percent of respondents.
The Saudi Center for Opinion Polling is a not-for-profit organization authorized by the Ministry of Human Resources and Social Development, and the Ministry of Commerce.

These were the details of the news Saudi Arabia to hold Hajj pilgrimage under certain COVID-19 health precautions for this day. We hope that we have succeeded by giving you the full details and information. To follow all our news, you can subscribe to the alerts system or to one of our different systems to provide you with all that is new.