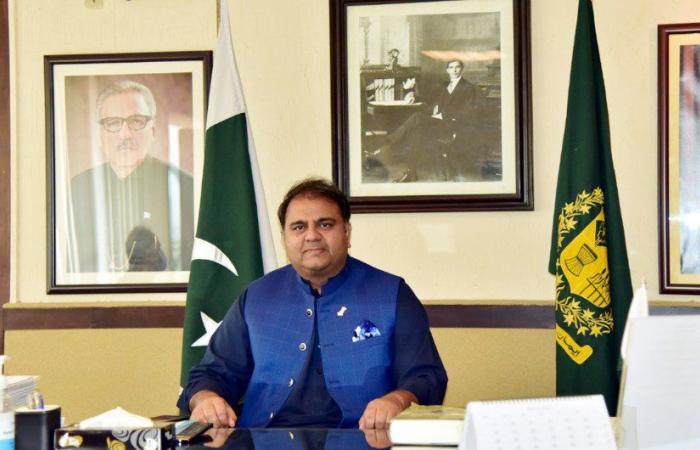 Jeddah - Yasmine El Tohamy - ISLAMABAD: Pakistan’s climate minister on Thursday said his country and Saudi Arabia will sign a landmark climate deal on Friday during the visit of Prime Minister Imran Khan to the Kingdom.
Khan will embark on a three-day visit to Saudi Arabia on Friday at the invitation of Crown Prince Mohammed bin Salman.
In meetings with the Saudi leadership, Khan will cover all areas of bilateral cooperation including economics, trade, investment, environment, energy, job opportunities for the Pakistani workforce, and the welfare of the diaspora in the Kingdom.
In a letter to the crown prince in March, Khan said while Pakistan and Saudi Arabia already maintain close cooperation on climate-change issues at multilateral forums, “a meaningful and structured bilateral engagement can help advance our shared vision and create mutually beneficial opportunities for partnership.”
Khan added that Pakistan would be happy to share its knowledge and experience of climate change initiatives with the Kingdom.
“Pakistan and Saudi Arabia are all set to sign a landmark green deal which will lay the grounds for a sustained collaboration,” Pakistan’s Minister for Climate Change Malik Amin Aslam told Arab News from Riyadh.
“The memorandum of understanding (MoU) to be signed in the presence of Prime Minister Imran Khan and Crown Prince Mohammed bin Salman will actually be a marriage of two overlapping green visions put forward separately by the two leaders which represent the aspirations of a young populace across the two friendly countries.”
The crown prince last month called the leaders of Qatar, Kuwait, Bahrain, Iraq and Sudan to discuss a massive regional tree-planting project.
The Saudi Green Initiative is part of the crown prince’s Vision 2030 plan to reduce its reliance on oil revenues and improve quality of life.
The ambitious initiative, unveiled at the end of March, will see Saudi Arabia planting 10 billion trees in the coming decades and working with other Arab states to plant another 40 billion, reduce carbon emissions, and combat pollution and land degradation.
According to a copy of the Pakistani-Saudi green agreement seen by Arab News, its aim is to help the two nations “meet their aspirations to consolidate the basis of the joint work in the various fields of environmental protection and preservation and control of its pollution, so as to meet the needs of present and future generations, in order to achieve sustainable development in both countries.”
The two nations will exchange opinions, information, experiences, documents, studies and publications in the fields that fall within the framework of the MoU.
Aslam said the deal will include setting future targets for the use of clean, renewable energy, and the expansion of national parks and protected areas, with the employment of young people in a National Parks Service.
The agreement said the countries will, according to available resources, bear the financial costs of implementing their respective obligations mentioned in the MoU unless otherwise agreed.
“The duration of this MoU is five years, automatically renewable for similar periods unless one party notifies the other, in writing and through diplomatic channels, of its intention not to renew or terminate the MoU,” the draft said. “Such notice should be given at least six months before the date the MoU ends.”
During Khan’s Saudi visit, “the two sides will also exchange views on regional and international issues of mutual interest,” Pakistan’s Foreign office said in a statement. “A number of bilateral agreements / MoUs are expected to be signed during the visit.”
Khan will also meet the secretary-general of the Organization of Islamic Cooperation, the secretary-general of the World Muslim League, and the imams of the Two Holy Mosques in Makkah and Madinah. Khan “will also interact with the Pakistani diaspora in Jeddah,” the Foreign Office said.
Pakistani Army Chief Gen. Qamar Javed Bajwa is already in Riyadh. On Wednesday, he discussed defense cooperation with Lt. Gen. Fayyad bin Hamed Al-Ruwaili, the Saudi military chief of staff.
During the meeting with Al-Ruwaili, Bajwa emphasized the need to further enhance military cooperation between the two nations in the interests of regional peace and security.

These were the details of the news Pakistan and Saudi Arabia together ‘can play key role in countering Islamophobia globally’ for this day. We hope that we have succeeded by giving you the full details and information. To follow all our news, you can subscribe to the alerts system or to one of our different systems to provide you with all that is new.