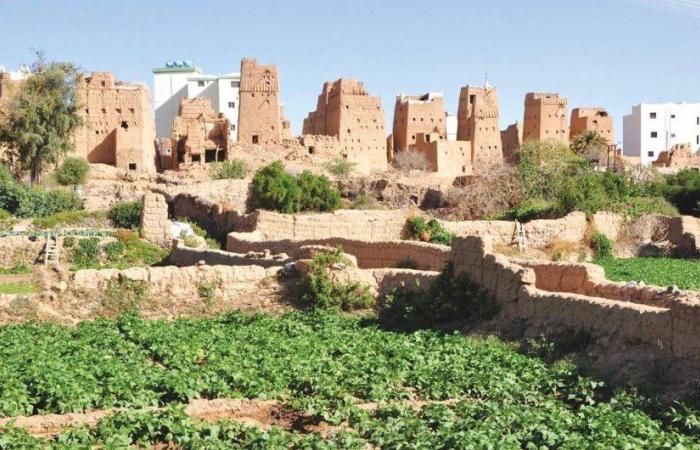 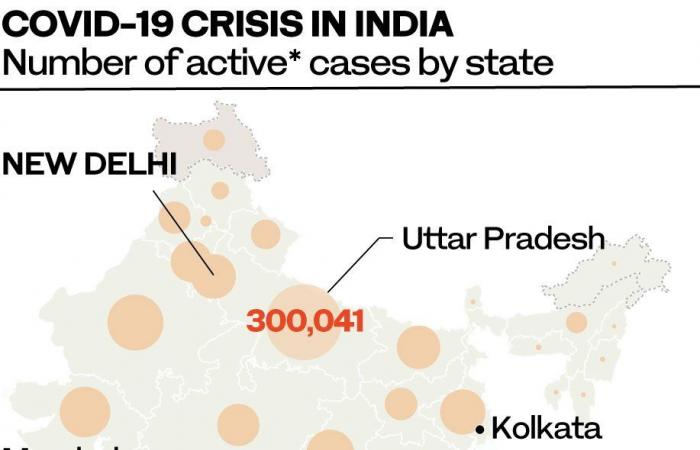 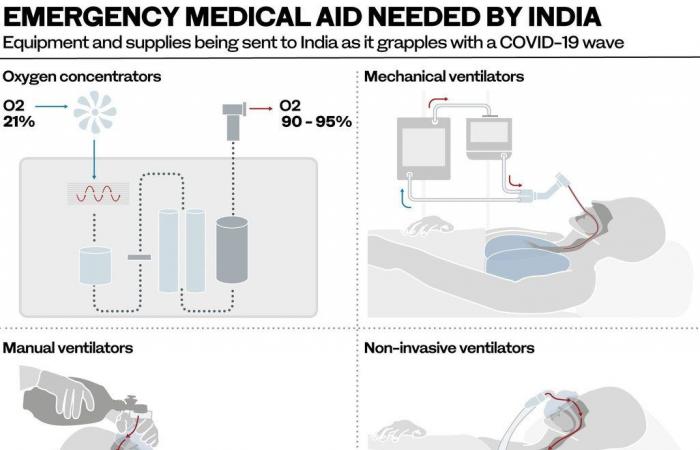 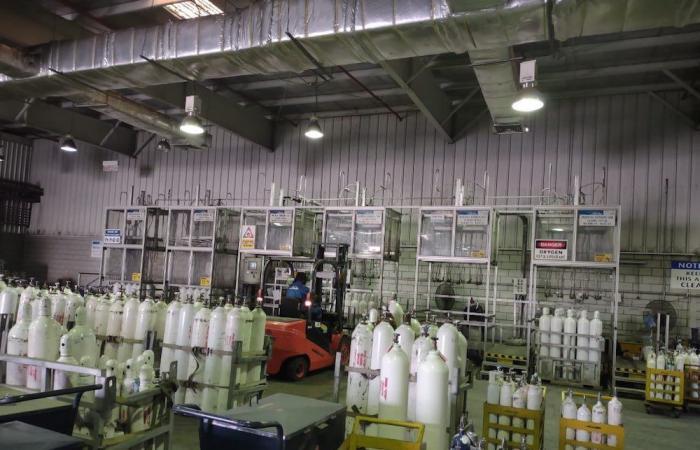 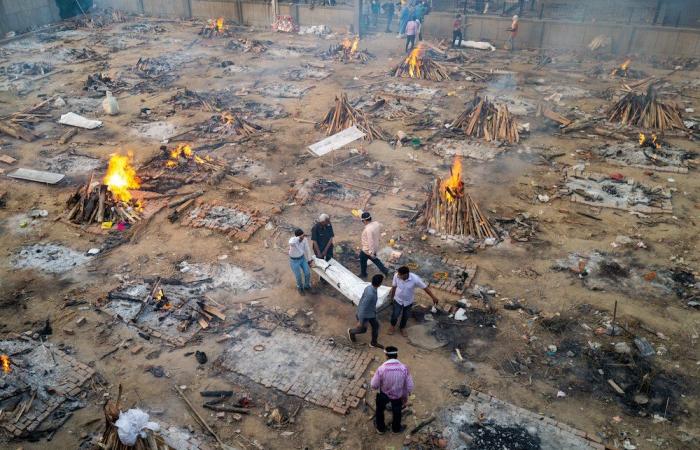 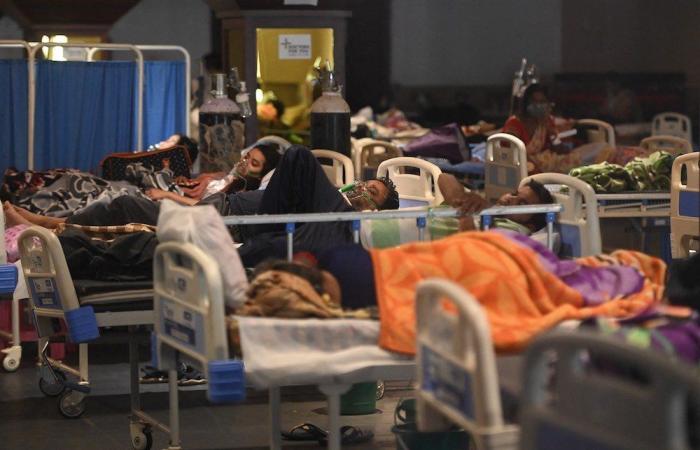 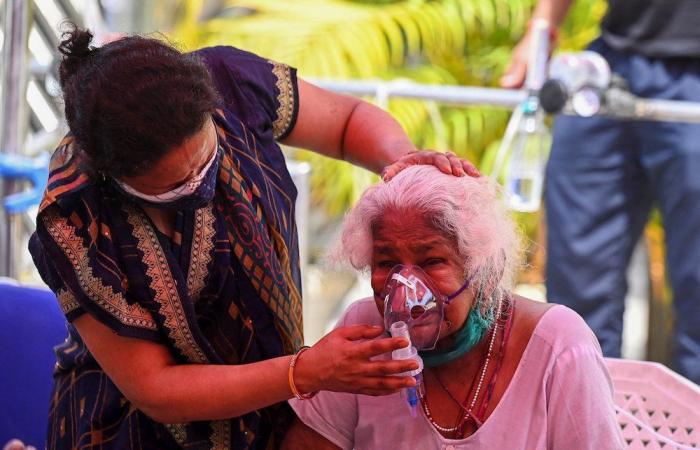 Thank you for reading the news about Saudi Tourism Development Fund, Riyad Bank partner to launch SR2bn financing fund for tourism projects and now with the details

Jeddah - Yasmine El Tohamy - NEW DELHI: Reeling from a devastating wave of coronavirus cases, India has taken delivery of about 80 metric tons of oxygen from Saudi Arabia to help alleviate its acute shortage of the emergency gas.

Images of the first consignment of cryogenic tanks and medical-grade oxygen cylinders destined for an Indian port prompted an outpouring of gratitude and relief on Indian social media.

The catastrophic shortage of oxygen in India underlines the severity of the coronavirus crisis ravaging the world’s second most populous country. Fragile supply chains have failed to keep pace with surging demand, piling pressure on health systems, crematoriums and the federal government.

India has recorded almost 18.7 million COVID-19 cases — second only to the US — and more than 207,000 fatalities to date. Under the circumstances, the Saudi oxygen shipment materialized not a moment too soon. 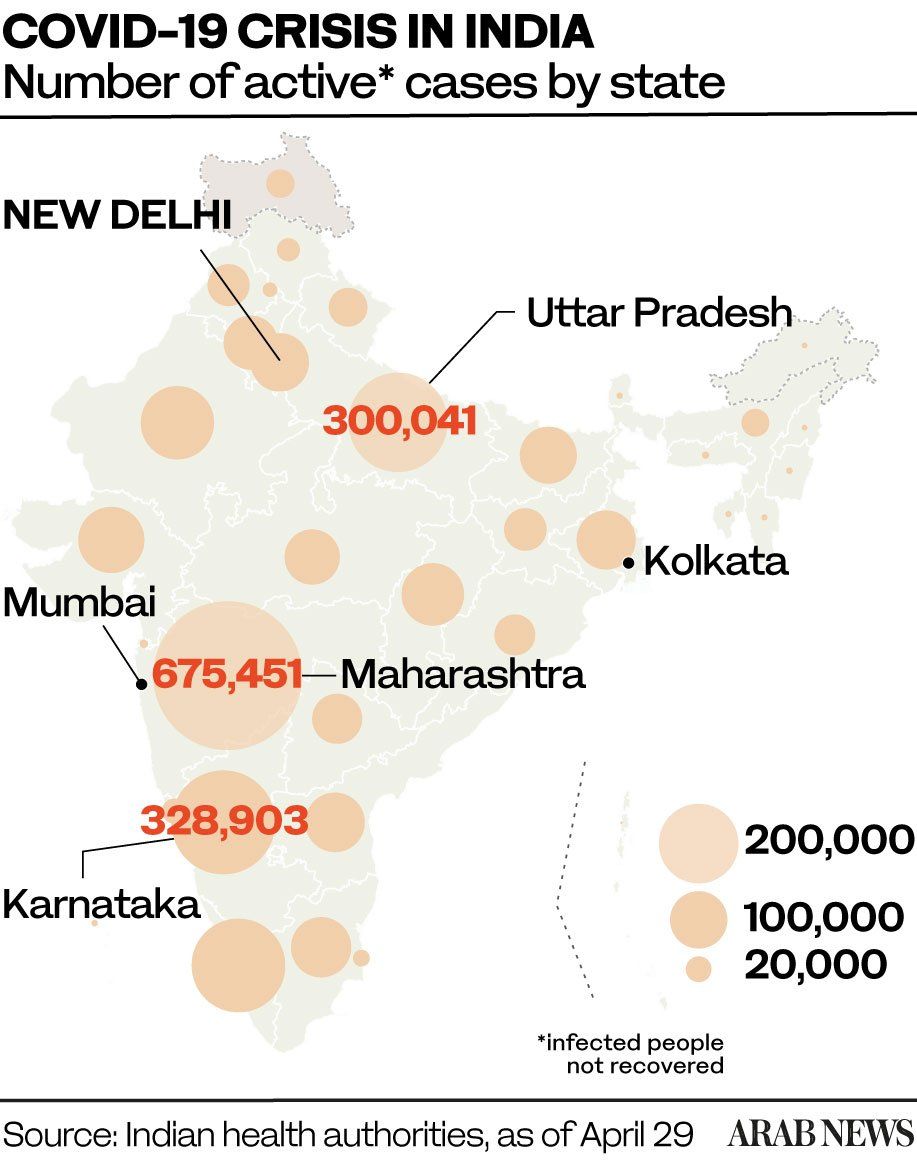 Trade and cultural links between ancient India and the Arab region go back almost 5,000 years. Formal diplomatic relations between New Delhi and Riyadh were established soon after India gained independence in 1947. Today Saudi Arabia is one of the largest suppliers of oil to India as well as one of its top trading partners.

Since last year, the pandemic has converted relations between India and Saudi Arabia into a classic example of “a friend in need is a friend indeed.” As the world’s largest vaccine manufacturer, the Serum Institute of India (SII), a Pune-based biotechnology and pharmaceuticals company, has so far supplied Saudi Arabia with 3 million doses of the Oxford-AstraZeneca shot.

But now India itself has appealed to friendly nations to make up for the massive shortfall of medical supplies. They have responded by sending liquid oxygen, oxygen concentrators and cryogenic oxygen tanks, diagnostic test kits, ventilators and personal protective equipment. Additionally, the US has “identified sources of specific raw material urgently required for Indian manufacture of the Covishield (Oxford-AstraZeneca) vaccine.” 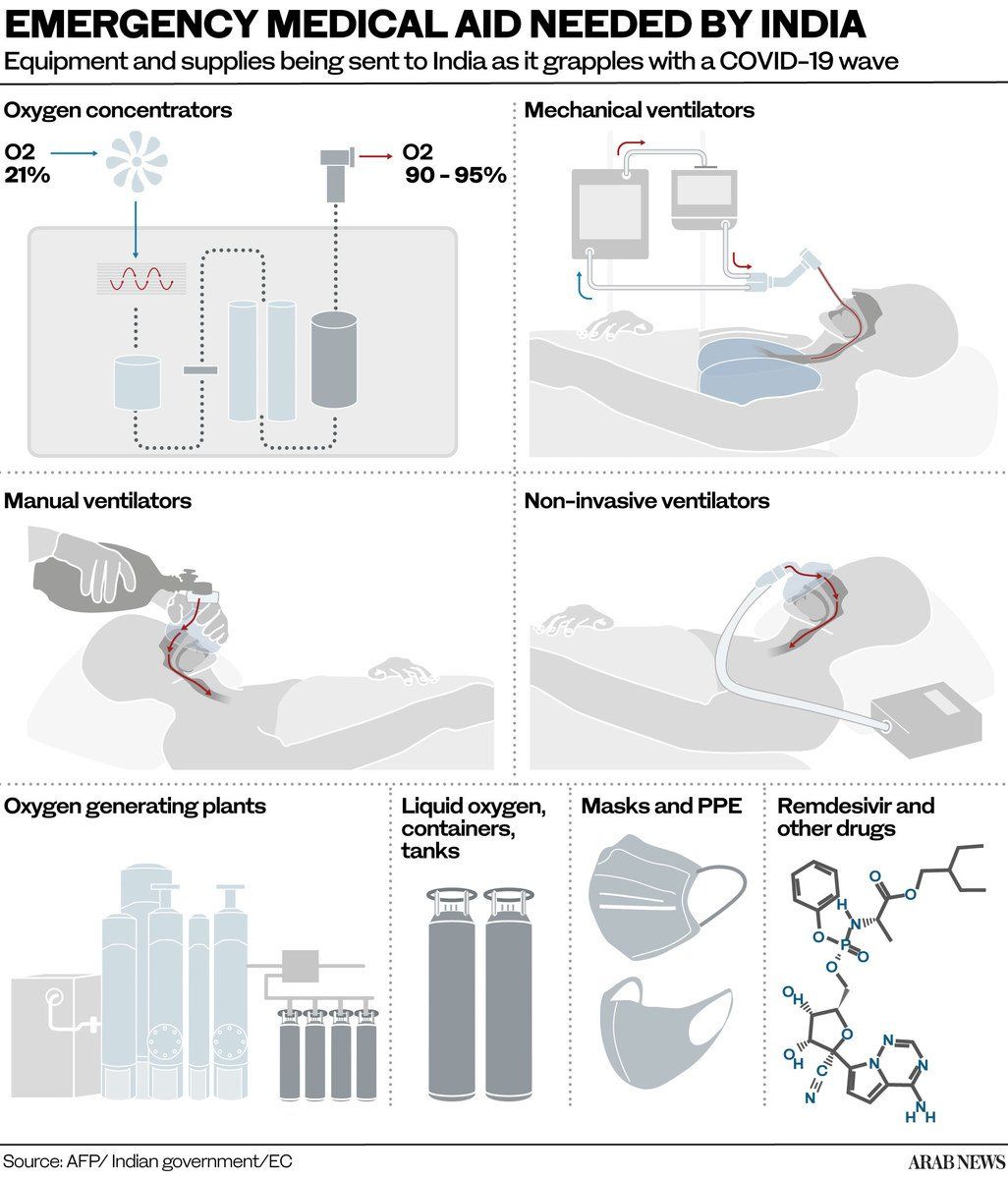 As of this week, Gujarat alone was recording at least 100 deaths and about 15,000 new COVID-19 cases every day. The situation in Prime Minister Narendra Modi’s home state is now so precarious that hospitals are forced to turn patients away, unable to offer beds or sufficient oxygen.

To alleviate the pressure on hospitals, Gujarat’s mosques have established their own COVID-19 wards, fitted out with oxygen tanks donated by regional allies to help people in acute respiratory distress. The Darul Uloom Mosque in the city of Vadodara has capacity for more than 1,000 beds, but is having to limit its patient intake owing to the state’s severe shortage of oxygen.

“We are running just 142 beds, out of which only 120 beds have oxygen fittings,” Ashfaq Malek Tandalja, a member of Darul Uloom’s managing committee, told Arab News. “In the first wave of COVID-19, we were running a 1,000-bed facility, but this time we are not doing so because of the lack of oxygen in the state.”

Tandalja added: “With oxygen coming from Saudi Arabia and other countries, we are able to think of expanding the facilities. And in the coming days we would like to do that, because people need more beds.

“Saudi Arabia has responded to the crisis India is facing and is helping us with oxygen. This will save many lives and families.”

On Wednesday, Indian authorities reported a daily record of more than 360,000 new COVID-19 cases and around 3,050 deaths nationwide — although many believe the true figure is much higher.

The rate of new cases has accelerated in recent weeks as the densely populated nation of 1.3 billion people grapples with a far more aggressive second wave. The capital New Delhi, which went into strict lockdown a week ago, is among the worst affected, with an infection rate of roughly 36 percent.

Last week, at least 50 critically ill patients died in two of city’s hospitals due to oxygen shortages. Mahendra Chouhan lost his wife on Sunday as he searched for oxygen or a hospital bed. “I ran from pillar to post to find oxygen. But by the time I got it, my wife had collapsed,” he told Arab News.

“Saudi Arabia’s oxygen will save so many lives. The government needs support from foreign countries to survive the crisis.”

Shortages are largely the result of logistical challenges and bureaucratic mismanagement, with supplies failing to reach areas most in need.

Although India is a significant oxygen producer, turning out roughly 7,000 metric tons a day, hospitals typically rely on trucks that travel long distances to replenish their stocks.

To make matters worse, another virus variation has emerged on the subcontinent with a so-called double mutation, raising doubts about the future effectiveness of India’s already sluggish vaccine rollout.

Even before the pandemic hit, India’s healthcare infrastructure was in no shape to meet demands of this magnitude. Now, the public health system has all but collapsed in many states.

“In Gujarat, the situation is really scary and there is chaos all around,” Dr. Mona Desai, president of Ahmedabad Medical Association, told Arab News. “Hospital beds and oxygen are in short supply, leading to the loss of many precious lives.”

Hospitals in Ahmedabad, home to 5.5 million people, are buckling under a record surge of coronavirus cases. “Besides the lack of beds, the city is also gasping for oxygen,” Desai said.

“Saudi Arabia’s gesture will help in saving many lives. This support is coming at a time when India is reeling under a severe oxygen crisis.”

On April 25, Saudi Arabia sent the first shipment of four ISO cryogenic tanks from Dammam to the port of Mundra in Gujarat. The Saudi supply was sent in cooperation with Indian conglomerate Adani Group and British chemical multinational Linde.

“The Embassy of India is proud to partner with Adani Group and Linde in shipping the much-needed 80 metric tons of liquid oxygen to India,” New Delhi’s diplomatic mission to Riyadh said via Twitter on Sunday, thanking the Kingdom’s Ministry of Health “for all its help, support and cooperation.”

Just two days earlier, India had launched its “oxygen maitri” or “oxygen friendship” campaign in an appeal to neighbors and allies to help it procure more of the lifesaving gas.

“At a time when the whole country is facing acute oxygen shortages, leading to the deaths of hundreds of people, Saudi help is laudable,” Dr. Harijit Singh Bhatti, president of the New Delhi-based Progressive Medicos and Scientists Forum, told Arab News.

“What is important now is to save as many lives as possible. The domestic supply of oxygen is being augmented. But before that, foreign support is crucial.”

There is little doubt that when the worst is over, India-Saudi relations will emerge as a friendship tested by time and circumstance.

Anil Wadhwa, a former diplomat and a senior fellow at the Vivekananda International Foundation, a public policy think tank in New Delhi, said Riyadh’s gesture during this time of crisis “will create a more favorable impression of the Kingdom” in India.

“The Saudi government’s help is symbolic because it represents the readiness of the Gulf and Arab world to come to India’s aid in times of need.”

These were the details of the news Saudi Tourism Development Fund, Riyad Bank partner to launch SR2bn financing fund for tourism projects for this day. We hope that we have succeeded by giving you the full details and information. To follow all our news, you can subscribe to the alerts system or to one of our different systems to provide you with all that is new.