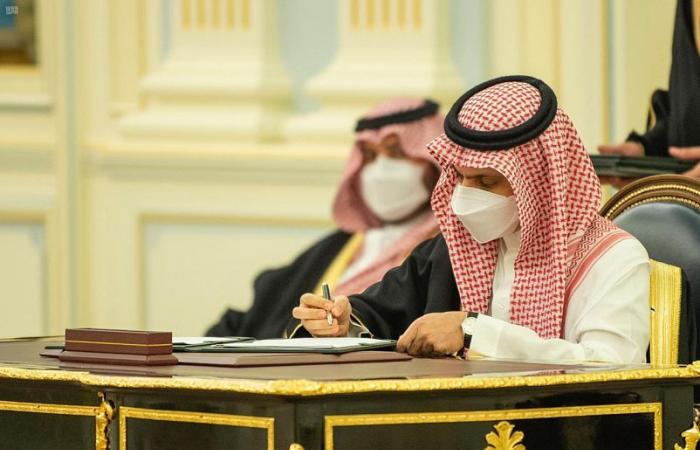 Thank you for reading the news about Saudi foreign minister receives calls from French, German counterparts and now with the details

Jeddah - Yasmine El Tohamy - RIYADH: Saudi Arabia on Monday handed over the honorary gavel of the G20 Presidency to Italy at a ceremony held at the Italian Embassy in Riyadh.

The tradition to pass on the gavel to the country presiding over the annual meetings began during China’s G20 Presidency in 2016. These gavels are used at the Sherpa meetings by the chair to open and close the proceedings.

After handing over the gavel to the Italian diplomat, Saudi G20 Sherpa Abdul Aziz Al-Rasheed said the Kingdom greatly values its partnership with Italy.

Commending the Italian G20 Presidency’s efforts, he said: “We are determined to support our Italian partners in delivering a successful and impactful summit. We look forward to continuing our active engagement in the upcoming G20 meetings and further develop the Italian-Saudi partnership in 2021 and beyond.”

The Kingdom presided over the G20 summit during a year challenged by the coronavirus disease (COVID-19) pandemic, he said.

“Saudi Arabia remains committed to continuing working in the same spirit of cooperation and solidarity with the Italian presidency for strong sustainable and inclusive growth.”

Besides being a G20 member, the Kingdom is also a troika member: A three-member country committee chaired by Italy, the current presidency; Saudi Arabia, the outgoing presidency, and Indonesia, the future presidency in 2022 to ensure that G20 presidencies work hand-in-hand to achieve consistency and continuity of the group’s agenda.

These were the details of the news Saudi foreign minister receives calls from French, German counterparts for this day. We hope that we have succeeded by giving you the full details and information. To follow all our news, you can subscribe to the alerts system or to one of our different systems to provide you with all that is new.