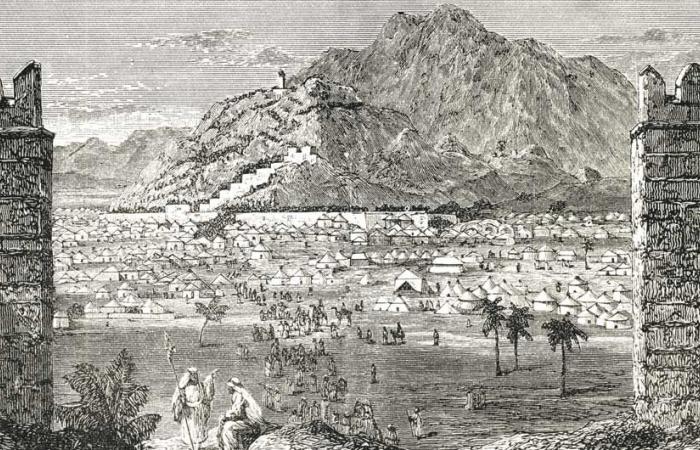 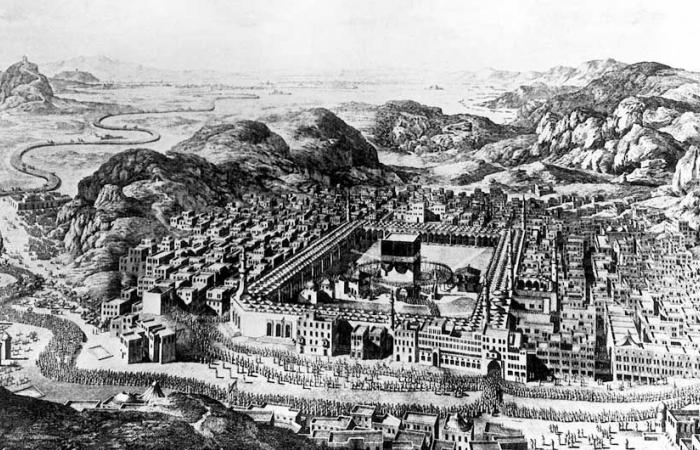 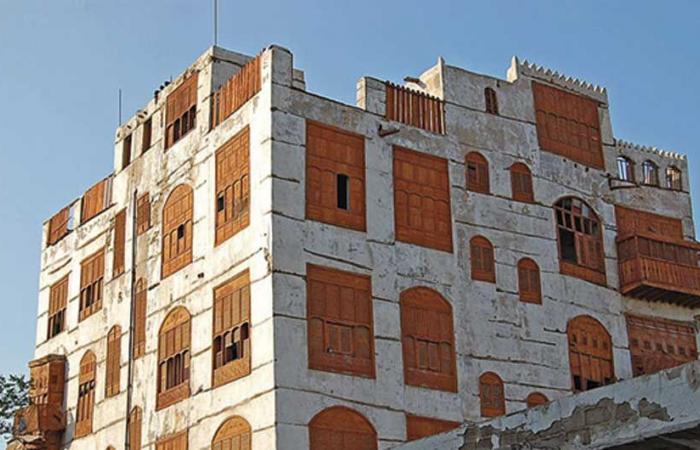 Jeddah - Yasmine El Tohamy - MAKKAH: If only mountains could talk. For centuries, Makkah, a holy city in the middle of large grey bouldered mountains, has witnessed thousands of historical events over several millennia and undergone many stages of development, sheltering millions throughout the years.

Surrounded by seven distinct mountains, the once bare land located in a valley where no plants can grow holds the holiest site in Islam, the Holy Kaaba in the Grand Mosque of Makkah. It has drawn people from all walks of life to settle and develop a city of mixed cultures, races, backgrounds, sects and traditions.
Inhabitants of Makkah grew into the habit of climbing the mountains from Al-Misfalah neighborhood and descending from the Al-Mallah area of the Grand Mosque through the valley known as Ibrahim Al-Khalil. 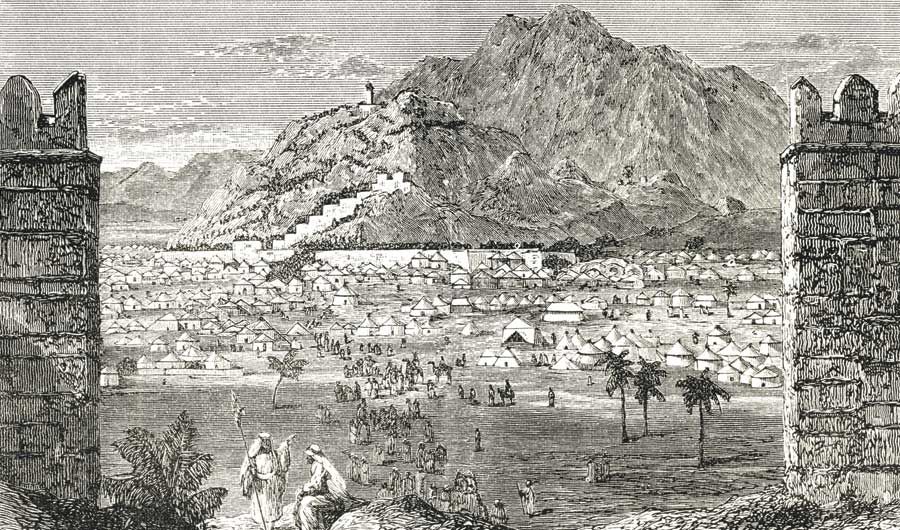 Dr. Mansur Al-Daajani, a history researcher, told Arab News about Makkah’s most famous mountains. Abu Qubays mountain is considered one of the pillars of Makkah and lies east of the Grand Mosque. It is said that this was the first mountain elevated on Earth and overlooks Kaaba. In the days before Islam, the mountain was called “Al-Amin” (the trustworthy), and was where the Kaaba’s black stone was stored in the year of the Genesis flood.
The second is the Khandama mountain, located behind the Qubays mountain.
The third, the Quaiqian mountain, or Jabal Hindi, lies west of the Grand Mosque. It was called Quaiqian due to the clanking of swords during the battle between the tribes of Jurhum and Katura, according to the history books of Makkah.
One of the more famous mountains located northeast of the city is Jabal Al-Nour, “the Mountain of Light,” where the cave of Hira lies and where the Prophet Muhammad received the first of his many revelations.
Another important mountain noted in the history books and Holy Qur’an is Thowr. Located 3 km from the Holy Kaaba, it is where the Prophet and his companion Abu Bakr sought refuge when fleeing to Madinah from the Quraysh tribe. 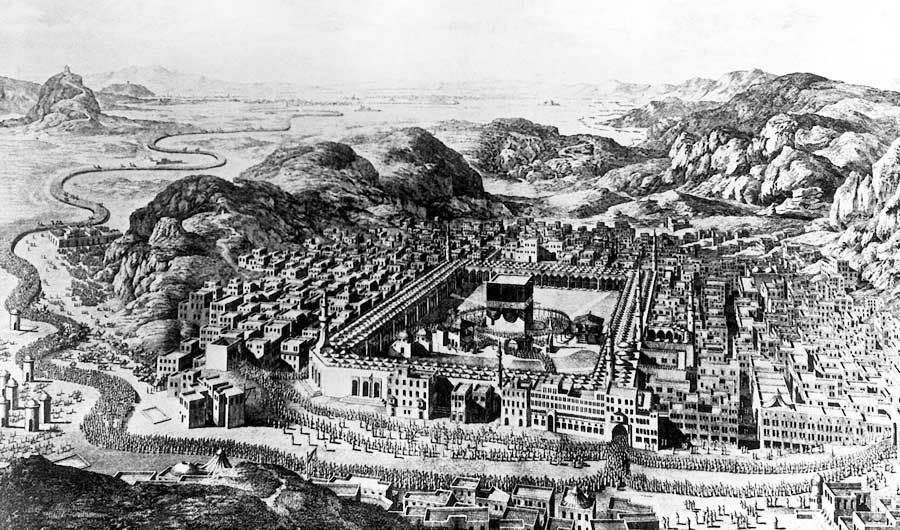 Located to the west of the mosque, Jabal Omar extends from Al-Shabika to Al-Misfalah neighborhoods and is where many worshippers are housed in hotels and apartment houses nowadays due to its close proximity to the mosque.
The last of the seven mountains is Mount Thabir. Located opposite Jabal Al-Nour to the east, it is believed to be where the scapegoat was sent to Ismail, son of Abraham. The mountain is divided into many regions, such as Thabir Ghinaa, Thabir Al-Nakhil (Thabir of Palms), Thabir Al-Nusu and Thabir Al-Aaraj.

Landmarks
The Abu Qubays, Khandama, Al-Sayeda, Jabal Omar and Quaiqian mountains are landmarks with a long history. Over time, the many homes and slums that covered their slopes became an issue for development planners in the region. The preservation of the city’s identity was a concern and returning these mountains to their correct state is a continuing project for the city’s future development.
Anas Saleh Serafi, head of the real estate committee at Makkah Chamber of Commerce and Industry, told Arab News that the process of developing and building on the mountains surrounding the Grand Mosque is important in accommodating the increasing number of Muslims visiting the site and in continuing the expansion plans of the Grand Mosque but in a manner that will ensure that they are preserved within technical parameters.
Serafi said that Jabal Hindi, north of the Grand Mosque, was the first to be developed, where the “Northern Terraces” project was executed to facilitate climbing on its slopes while preserving it and developing the buildings on top of it. The same applies to Jabal Omar, which lies 600 meters north of the mosque, and includes the small market and part of Al-Misfalah neighborhood. He added that rocks were cut to allow for the expansion of the Grand Mosque and for facilitating access to the visitors of holy places.

He said that Makkah is rich in mountains related to Islamic history and heritage. These include Jabal Al-Nour — where the Cave of Hira lies — Mount Thowr, Mount Arafat and other mountains that reflect the cultural values of the holy city, which is what distinguishes it from other cities.
Serafi said that a number of violations had occurred in the past, including building in unauthorized areas in some of Makkah’s mountains, the expansion of slums, and the damage caused by quarries on top of the mountains surrounding the highway leading to Makkah.
“This contributes to staining the beauty and nature of the place, and distorts the image for visitors,” Serafi said. “There should be moderation in developing the mountains of Makkah so as not to stop the necessary development operations and at the same time not to indiscriminately damage this topography that reflects the historical identity of the city, its structure and essence. The ultimate objective is to preserve these mountains, which are deeply rooted in history.”
History researcher, Dr. Samir Barqah, told Arab News that Makkah, with its mountains, has a geographical and historical identity related to events, stories, and facts documented in history.
Barqah said that in some countries, such as Italy and Greece, houses are clustered on top of mountains and still have all the necessary services and infrastructure; they are easily accessible, and have hospitals and schools. He said that Makkah is distinguished by its distinct geographical characteristics, and that its identity and cultural potential should be reflected through its mountain ranges and its building designs.
He said: “Our role as Saudis is to present the identity of Makkah to the world including its historical landmarks and characteristics. This is what officials are trying to do as we saw slums invading the mountains near the Cave of Hira and Jabal Thowr, noting that today we are witnessing the rehabilitation of these two mountains by rendering easy access to them and by giving special care to the holy sites of Muslims, which entails cooperation from all.”
Barqah said that the old houses of Makkah should be preserved, painted and rehabilitated, especially the ones that do not obstruct the development operation in the central region, for they reflect the authentic culture of Makkah and satisfy the curiosity of any visitor who is passionate about history.

These were the details of the news KSrelief chief meets Swedish envoy for Yemen for this day. We hope that we have succeeded by giving you the full details and information. To follow all our news, you can subscribe to the alerts system or to one of our different systems to provide you with all that is new.