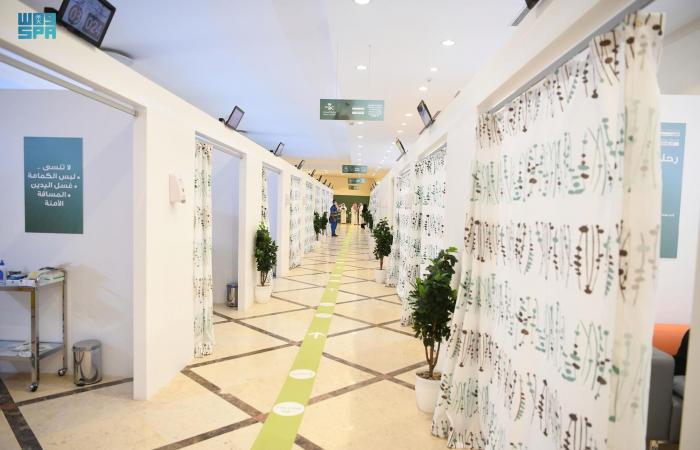 Thank you for reading the news about Saudi Arabia confirms 7 COVID-19 deaths, 799 new cases and now with the details

According to the MoH, all second dose reservations will be rescheduled as of Sunday April 11 and will resume at a later time. The ministry added that due to a global shortage in vaccine manufacturing and delivery, they’ve provided more room for first timers, especially those in high risk categories, to receive theirs.
Over 6.1 million vaccine doses have been administered in the Kingdom so far, at a rate of 175,000 daily doses, which means 17.5 percent of the Kingdom has received at least one dose.
Municipalities coordinating with relevant authorities continue to inspect commercial establishments, especially in areas known to be overcrowded across the Kingdom. Jeddah municipality, with the participation of a number of relevant authorities, closed 81 shops in Al-Sawarikh International Market in the south of the governorate, after finding multiple violations, including failure to adhere to precautionary and preventive measures among visitors, and a lack of commitment to social distancing measures.

Over 6.1 million vaccine doses have been administered in the Kingdom.

The MoH reported 878 new cases of COVID-19 in the Kingdom on Saturday, meaning 397,636 people in Saudi Arabia have now contracted the disease.
The top three most infected regions were Riyadh with 410 infections, Makkah with 149 cases, and the Eastern Province with 141, while the lowest reported number of cases were in Baha, with just seven cases.
The number of active cases also rose, to 8,113 active cases in the Kingdom, 914 of them critical — a rise of 16 in the past 24 hours.
The ministry announced 578 new recovered cases, taking the total number of recoveries to 382,776. Saudi Arabia’s recovery rate has decreased to 96.2 percent.
For the first time in nearly four months, the number of deaths reported in the Kingdom rose to double digits, as 10 new COVID-19 related deaths were reported on Saturday, raising the death toll to 6,747. A total of 61,640 PCR tests were conducted in the past 24 hours, raising the total number of tests in the Kingdom to 15,738,545.

These were the details of the news Saudi Arabia confirms 7 COVID-19 deaths, 799 new cases for this day. We hope that we have succeeded by giving you the full details and information. To follow all our news, you can subscribe to the alerts system or to one of our different systems to provide you with all that is new.