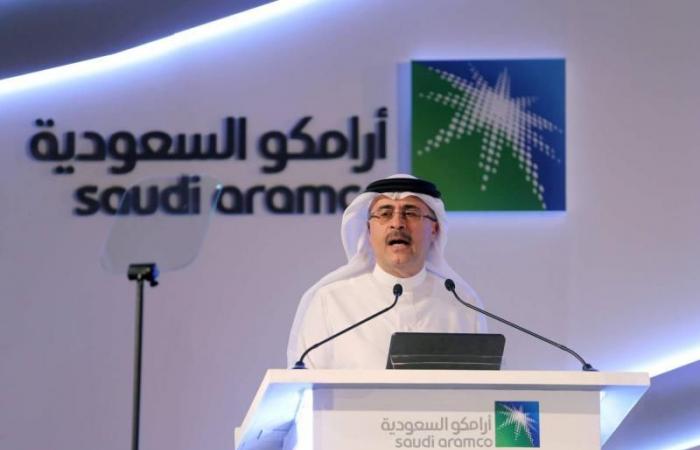 We show you our most important and recent visitors news details Saudi Aramco strikes 12.4-billion-dollar deal with US-based EIG in the following article

The deal underscores how Aramco seeks to monetise its once-untouchable assets to generate revenue for the Saudi government as it accelerates efforts to diversify the oil-reliant economy.

“Upon closing, Aramco will receive upfront proceeds of around $12.4 billion, further strengthening its balance sheet through one of the largest energy infrastructure deals globally,” the company said in a statement late Friday.

The EIG-led consortium will hold a 49 percent stake in the subsidiary, Aramco said, adding that it will retain “full ownership and operational control.”

In a separate statement, EIG, a Washington-based energy investment firm, said the new venture is valued at approximately $25.3 billion.

The deal covers all of Aramco’s “existing and future stabilised crude pipelines” in the kingdom, an elaborate network that connects oil fields to downstream facilities, EIG said.

“We are proud to partner with Aramco in this marquee global infrastructure asset,” said EIG chairman R. Blair Thomas.

Neither company said which other firms were part of the consortium.

The announcement comes as Aramco faces pressure to maintain hefty dividend payments to the Saudi government, its biggest shareholder, despite posting consecutive falls in profits since it began disclosing earnings in 2019.

The company’s debt has climbed as Saudi Arabia, the world’s biggest crude exporter, was hammered last year by the double whammy of low prices and sharp cuts in production triggered by the coronavirus pandemic.

Even so, Aramco said it stuck by its commitment to pay shareholders dividends worth $75 billion in 2020 — an amount that exceeds the declared profit and available cash flow.

“The (EIG) deal marks an innovative step for Aramco as it seeks to monetise assets to pay down debt, maintain its dividend payments and fund planned investments,” the Energy Intelligence group said.

Long seen as the kingdom’s “crown jewel”, Aramco and its assets were once tightly under government control and considered off-limits to outside investment.

But with the rise of Crown Prince Mohammed bin Salman bin Abdulaziz, who is pushing to implement his “Vision 2030” reform programme, the kingdom has shown readiness to cede some control.

Aramco sold a sliver of its shares on the Saudi bourse in December 2019, generating $29.4 billion in the world’s biggest initial public offering.

In January, Prince Mohammed said the kingdom would sell more Aramco shares in the coming years.

He said future share offerings would be a key way to boost the Public Investment Fund, the kingdom’s sovereign wealth fund which is the main engine of its diversification efforts.

In a major new diversification push late last month, Saudi Arabia announced plans to pump investments worth $3.2 trillion into the national economy by 2030, roping in the kingdom’s biggest companies including Aramco.

Under a programme named “Shareek”, or partner, Aramco and other top Saudi companies will lead the investment drive by contributing five trillion riyals ($1.3 trillion) over the next decade, Prince Mohammed said.

In a briefing to reporters, he added that the companies, many of them listed, had agreed to lower their dividends and redirect the money into the domestic economy in exchange for incentives such as subsidies.

In the statement announcing the deal with the EIG-led group, Aramco chief executive Amin Nasser said the company was “capitalising on new opportunities that also align strategically with the recently-launched Shareek programme.”

These were the details of the news Saudi Aramco strikes 12.4-billion-dollar deal with US-based EIG for this day. We hope that we have succeeded by giving you the full details and information. To follow all our news, you can subscribe to the alerts system or to one of our different systems to provide you with all that is new.