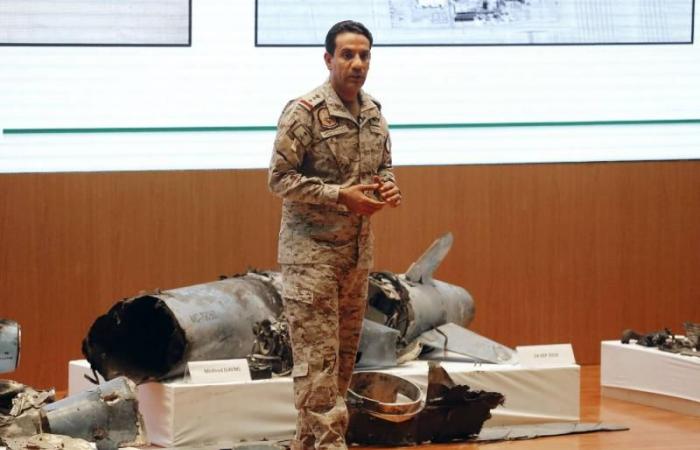 CAIRO – The Saudi-led coalition fighting in Yemen intercepted and destroyed an explosive-laden drone launched by Iran-aligned Houthis towards the Saudi city of Khamis Mushait on Tuesday, Saudi state TV reported.

Houthi military spokesman Yahya Sarea said on Twitter that Houthis have targeted “sensitive sites” at King Khalid air base in Khamis Mushait with two drones. He added that the “hit was precise”.

However,  there has been not confirmation from Saudi authorities.

The new attempted Houthi strike comes a few days after the Saudi-led coalition foiled another imminent Houthi attack, destroying an explosive-laden boat in a southern part of the Red Sea.

In recent months, the battle for Marib, an ancient desert city in war-torn Yemen, has become a key to understanding wider tensions now inflaming the region.

Fighting has been raging in the mountains outside of Marib as Iranian-backed Houthi militias, who hold Yemen’s capital of Sana’a, attempt to seize the city, which is crucial to the country’s energy supplies.

Saudi Arabia, which has led a military coalition since 2015 backing Sana’a’s exiled government, has launched airstrike after airstrike to blunt the Houthi advance toward Marib. The Houthis have retaliated with drone and missile attacks deep inside Saudi Arabia, roiling global oil markets.

The escalating conflict around Marib coincides with major changes in US policy toward the war. President Donald Trump’s administration had declared the Houthis a “foreign terrorist organisation,” following a campaign by Saudi Arabia supporting the move.

Biden rescinded the Houthi terrorist designation after entering office. He also announced the US would halt support for Saudi Arabia’s offensive combat operations in Yemen, saying: “This war has to end.”

But fighting around Marib has only escalated even as the Saudis recently offered a ceasefire deal.

“The US administration’s removal of the Houthis from the (foreign terrorist organisation) list, unfortunately, appears to have been misinterpreted by the Houthis,” the Saudi government said in a statement.

“This misreading of the measure has led them, with support from the Iranian regime, to increase hostilities.”

Since the war began, the Houthis have launched over 550 explosive-laden drones and more than 350 ballistic missiles toward Saudi Arabia, the kingdom said.

These were the details of the news Saudi-led coalition destroys explosive-laden drone launched Houthis for this day. We hope that we have succeeded by giving you the full details and information. To follow all our news, you can subscribe to the alerts system or to one of our different systems to provide you with all that is new.