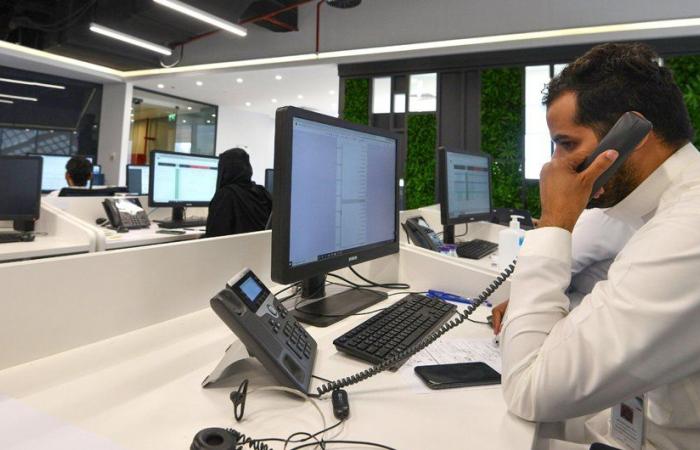 Jeddah - Yasmine El Tohamy - JEDDAH: Saudi Arabia’s critical COVID-19 cases have risen in the past few weeks, prompting calls from relevant authorities for the public to adhere to measures designed to limit the spread of the virus.

At a press conference on Sunday, Interior Ministry spokesman Lt. Col. Talal Al-Shalhoub said the “unfortunate rise in daily cases” is due to “individuals who have been lax in following precautionary measures.” He added: “Each violation adds to the frightening rise in numbers.”
Al-Shalhoub warned that field inspectors in coordination with relevant authorities will remain vigilant, and will issue fines and closures when necessary.
He issued a reminder that infected individuals could be fined up to SR200,000 ($53,000), jailed for up to two years, or both, if they violate quarantine measures.
Those spreading misinformation about COVID-19 on social media face fines from SR100,000 to SR1 million, jail time of no less than a year and no more than five, or both.
Last week, 27,083 violations were reported, 32 percent of them in the Riyadh region.
At the press conference, Health Ministry spokesman Dr. Mohammed Al-Abd Al-Aly said there are nearly 800 cases in intensive care units (ICUs) across the Kingdom.
“Authorities noted a drastic increase in daily cases in the past two days, most of which were reported in … Riyadh, Jeddah and the Eastern Province. The numbers we’re recording today are the same that were reported last year,” he added.
“We all remember, painfully, the various leaps in numbers that led to stricter measures. Will we repeat last year’s scenario and reach last year’s peak?”

Al-Abd Al-Aly reminded the public of the importance of adhering to the rules. “Many sacrifices and painful moments were seen and felt in this journey, strict measures and procedures to control the spread — there’s more left to do,” he said. “We surely don’t want to repeat the sacrifices again.”
Regarding the newest update on the Health Ministry’s Tawakkalna app, he said three new icons will show users’ immunization status: Immune (user received both vaccine doses), immune recovered (user recovered from COVID-19 but has not received the vaccine), and immunized with first dose.
Almost 5 million COVID-19 vaccine doses have been administered across the Kingdom, at a rate of 124,158 doses per day as of Sunday. More than 14.3 percent of the population has been inoculated so far.
On Sunday, 673 new cases were reported, raising the total number of those infected to 392,682.
There are 6,169 active cases, 782 of which are in ICUs. The number of recoveries has risen to 379,816, with 504 new ones reported in the past 24 hours, leading to a slight rise in the Kingdom’s recovery rate to 96.7 percent. Seven new deaths were reported, raising the tally to 6,697.

These were the details of the news ‘Drastic’ rise in virus cases in Saudi Arabia for this day. We hope that we have succeeded by giving you the full details and information. To follow all our news, you can subscribe to the alerts system or to one of our different systems to provide you with all that is new.