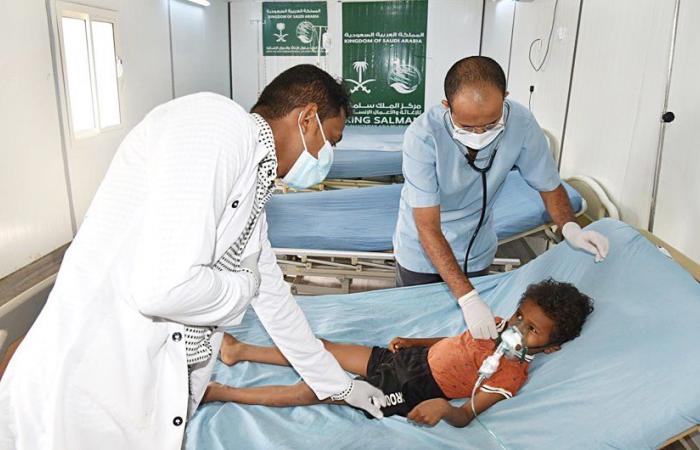 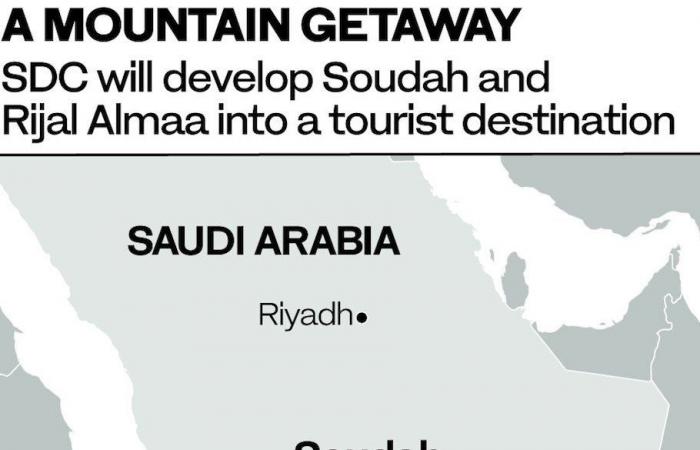 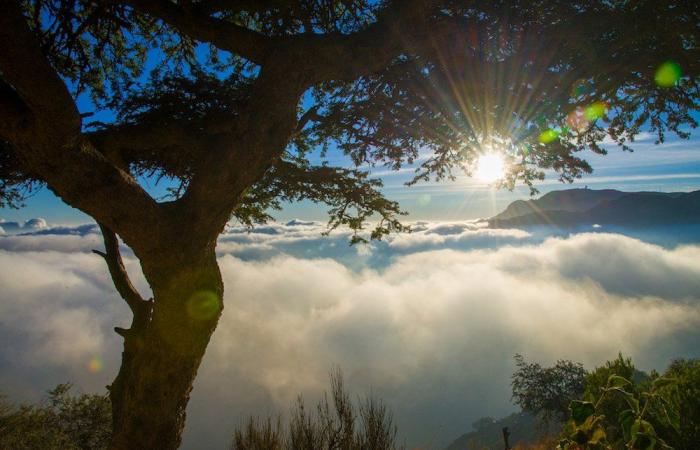 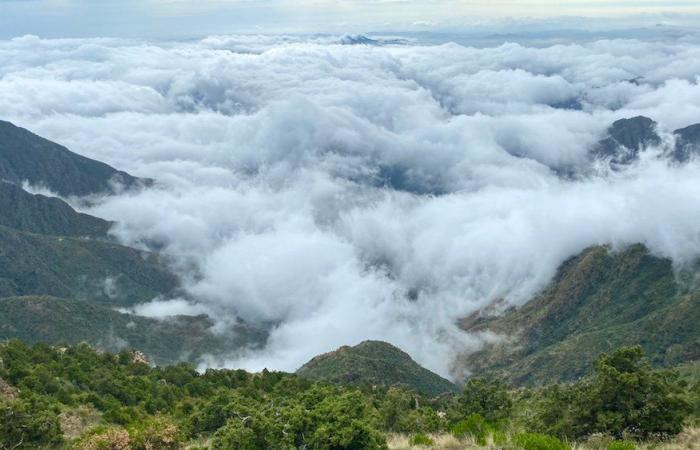 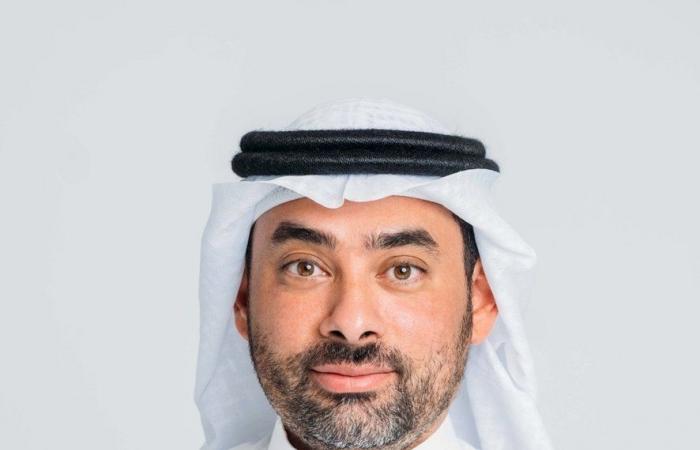 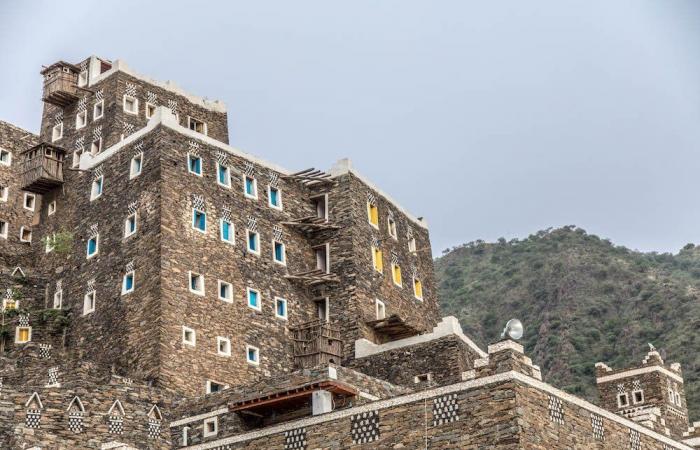 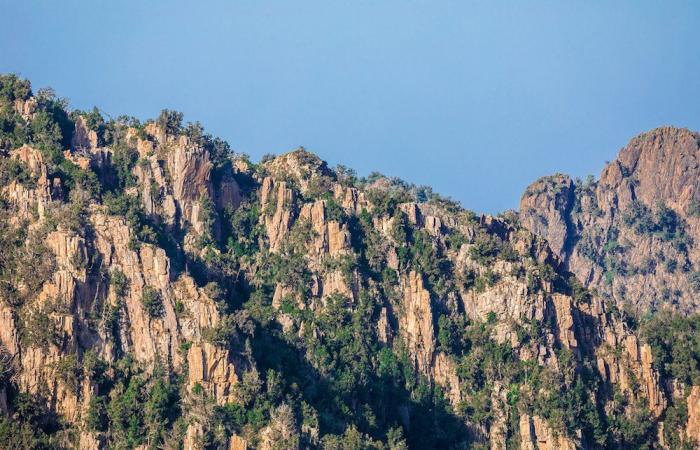 SOUDAH: Saudi Arabia is radically expanding its leisure, tourism and hospitality sectors as it opens to international travelers. As the Kingdom strives to achieve its ambitious Vision 2030 goals to diversify its economy, one attraction in particular could give the tourism industry an ace up its sleeve.

Soudah — home to the highest peak in Saudi Arabia, about 3,000 meters above sea level — has long been popular with locals for its mild year-round temperatures. Together with its rich history and breathtaking views, this mountainous region has all the makings of a top tourist destination.

The Soudah Development Company (SDC) was launched at the end of February by Crown Prince Mohammed bin Salman, chairman of the Public Investment Fund (PIF), to help Soudah and parts of Rijal Almaa in the Asir region grow into a world-class tourist destination. 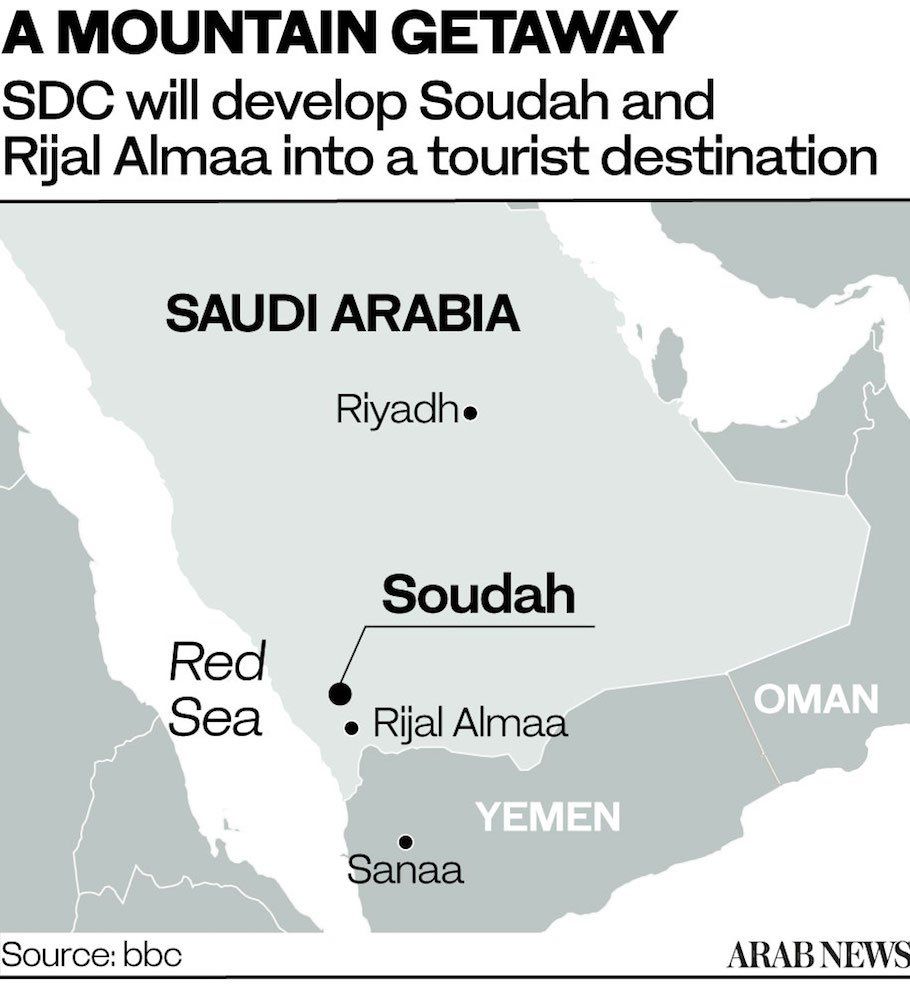 Soudah and Rijal Almaa boast a combination of geographic, historical and cultural diversity that gives visitors an authentic sense of social connection and cultural immersion.

“Saudi Arabia is extremely diverse,” Husameddin Al-Madani, SDC’s CEO, told Arab News. “One would think that Saudi Arabia is mainly desert with dry, hot weather, but there are beautiful, untapped destinations all around the Kingdom.”

“In addition to hotel rooms, we’re also developing 1,300 second homes where you can own a summer house at this beautiful destination. It’s important to mention that we are investing heavily in infrastructure. We’re also looking at advanced technologies for water management and waste management, and to minimize our footprint on this eco-sensitive destination.”

People will be drawn to Soudah for a variety of reasons, Al-Madani said. Among them will be visitors with a passion for heritage, others who want to immerse themselves in local arts and music, and people seeking out new culinary tastes.

“We also aim to attract adventure seekers, people who love to get in touch with nature and enjoy adventure sports such as paragliding, mountain biking and mountain climbing. Plus another segment of people looking for immersive or unique wellness experiences, where they can just disconnect from their busy lives and come and enjoy Soudah’s peaceful surroundings.”

But will the development of Soudah threaten the unspoiled natural beauty and authentic heritage of the area? Al-Madani points to SDC’s mission, which is to preserve these precious attributes, not concrete over them.

“We have strict guidelines as we roll out our development program to minimize our footprint, to preserve the environment and also add to the beautiful nature around us,” he said.

“Without this nature, without the tangible and intangible assets, our company and our destination will lose their competitive advantage.”

Indeed, the company is evaluating multiple historical assets in the area which may qualify to join the UNESCO World Heritage register.

“That is also one of our top priorities. It’s not just about registering a site with UNESCO, but introducing an urban code as well as a preservation code that will ensure that these assets are here to stay and we minimize the negative impact on them,” Al-Madani said.

That SDC has an ambitious long-term vision is evidenced further by its plans to bring major sporting events and activities from climbing to paragliding to the area.

“In addition, we will be inviting and attracting international competitions in the area of mountain biking and cycling and different outdoor activities,” Al-Madani said.

“It is a mountainous destination that attracts extreme sports as well. So, we will look at a wide range of activities, working with the Ministry of Sports, the Olympic Committee and different international organizations.”

This does not mean the local community will be left behind or excluded from decision-making, Al-Madani said. Rather, residents will play an integral role in making the development a success.

“We think of the local community as one of our key competitive advantages and, more importantly, as true partners to the destination the company aims to launch.”

Indeed, SDC is launching multiple programs to support the local community and ensure that the latter’s social and economic development goes hand in hand with its own investments. These programs include vocational training and assistance for small businesses.

Saudi Arabia aims to increase the annual number of tourist arrivals to 100 million by 2030. SDC alone hopes to develop a destination that will attract 2 million visitors by 2030.

Around 40 million tourists visited Saudi Arabia in 2019, according to government figures, placing it 21st in global rankings. If the Kingdom achieves its Vision 2030 goal, it will rank fifth in the world.

The global leisure, tourism and hospitality sectors suffered major setbacks in 2020 and 2021 as governments responded to the coronavirus disease (COVID-19) pandemic by closing their borders to international travelers and ordering resorts and attractions to close.

Even as lockdown measures and curfews are gradually lifted, customer footfall remains low as spending power is squeezed by testing economic times.

International tourist arrivals fell by a billion, or 74 percent, in 2020, according to the UNWTO, which called it the “the worst year in tourism history” and cost the sector $1.3 trillion in lost revenue.

While international travel has waned significantly over the past year, domestic travel has actually seen an 11 percent boost in Saudi Arabia since the beginning of the pandemic as restless households look closer to home for a short getaway.

According to recent estimates by market research firm Euromonitor International, inbound tourism spending in Saudi Arabia is expected to reach $25.3 billion by 2025 and thus help the sector recover from the pandemic’s setback.

The transformation of Soudah and Rijal Almaa into a repeat, year-long sustainable destination for residents and visitors is projected to contribute an estimated SR29 billion ($7.73 billion) to Saudi Arabia’s cumulative gross domestic product by 2030.

In a personal message to Arab News readers, Al-Madani said: “Come and explore the beauty and the diversity of Saudi Arabia.

“Come and explore its mountains and cultures, its beaches and sand dunes and, more importantly, take the time to learn about the beautiful local community that lives at these destinations — their generosity, their art, their music, their culinary experiences — that will live with you for years to come.”

These were the details of the news Saudi Arabia launches fundraising drive around the world for this day. We hope that we have succeeded by giving you the full details and information. To follow all our news, you can subscribe to the alerts system or to one of our different systems to provide you with all that is new.