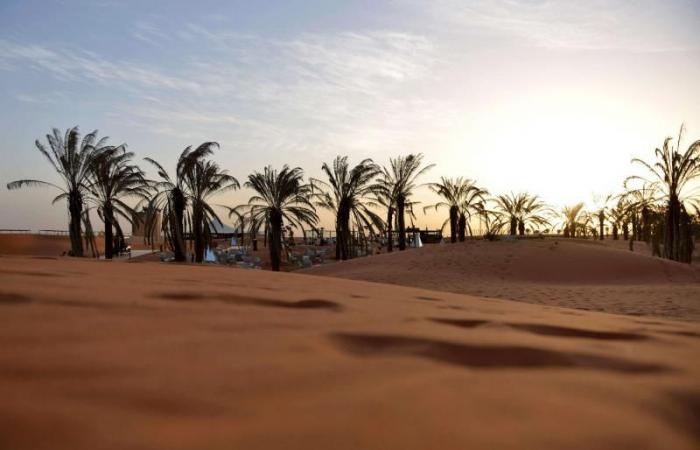 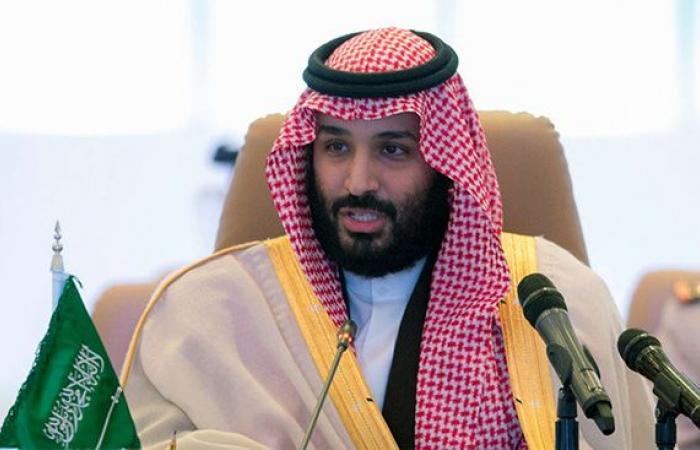 Hind Al Soulia - Riyadh - The oil-rich country intends to plant 10 billion trees in the kingdom in the coming decades, the crown prince said in a statement released by the official SPA news agency.

A lounge area beneath palm trees amid rolling dunes at the “Riyadh Oasis”, a luxury retreat in the Thumamah desert on the outskirts of the Saudi capital. (AFP)

RIYADH – Top crude exporter Saudi Arabia on Saturday unveiled a sweeping campaign to tackle climate change and reduce carbon emissions, including a plan to plant billions of trees in the coming decades.

The OPEC’s leading country seems an unlikely champion of clean energy, but the “Saudi Green Initiative” aims to reduce emissions by generating half of its energy from renewables by 2030, Crown Prince Mohammed bin Salman bin Abdulaziz said.

Saudi Arabia also plans to plant 10 billion trees in the kingdom in the coming decades, the crown prince said in a statement released by the official SPA news agency.

Riyadh also plans to work with other Arab states on a “Middle East Green Initiative” to plant an additional 40 billion trees, in what would be the world’s largest reforestation programme, he added.

“The kingdom, the region and the world needs to go much further and faster in combatting climate change,” Prince Mohammed said.

“We reject the false choice between preserving the economy and protecting the environment.”

The statement did not elaborate on how the mammoth plan would be executed in a largely desert landscape with extremely limited renewable water sources.

Saudi Arabia currently draws on oil and natural gas to both meet its own fast-growing power demand and desalinate its water — which consumes huge quantities of oil daily.

The new initiatives are part of the prince’s Vision 2030 plan to diversify the kingdom’s oil-reliant economy.

Some $13 billion is lost annually due to sand storms in the region, while pollution from greenhouse gases has reduced average Saudi life expectancy by 1.5 years, he added.

The initiatives come as energy giant Saudi Aramco, the kingdom’s cash cow, faces scrutiny from investors over its emissions.

In January, Bloomberg News reported that the company excluded emissions generated from many of its refineries and petrochemical plants in its overall carbon disclosures to investors.

It added that if those facilities are included, the company’s self-reported carbon footprint could nearly double, adding as much as 55 million metric tons of carbon dioxide equivalent to its annual tally — roughly the emissions produced by Portugal.

These were the details of the news Saudi Arabia unveils ‘Green Initiative’ to tackle climate change for this day. We hope that we have succeeded by giving you the full details and information. To follow all our news, you can subscribe to the alerts system or to one of our different systems to provide you with all that is new.