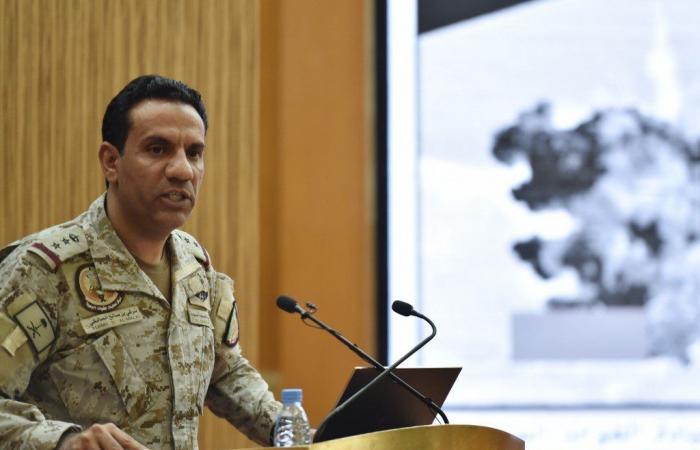 Two of the drones targeted the south western city Khamis Mushait, another targeted Najran and a fourth targeted Jazan. The rest targeted civilians and residential property in other parts of Saudi Arabia.

The coalition addded that the Houthis tried to target the universities of Jazan and Najran.

The Kingdom’s Ministry of Energy condemned an attack on a vital oil installation in Jazan, saying “these acts of sabotage target the security of energy supplies.”
“Today at 9:08 p.m. an attack with projectile was made on the petroleum products distribution terminal in Jazan,” an official ministry spokesperson said, adding the attack resulted in a fire in one of the terminal’s tanks, an left no casualties.
“The attack does not target the Kingdom alone, but also petroleum exports, the stability of energy supply to the world, freedom of the world trade, as well as the global economy,” the spokesperson said.
He also said such attacks “affect maritime traffic and expose coasts and territorial waters to grave environmental catastrophes.”

The Houthis also fired a ballistic missile from Sanaa which landed in the Yemeni city of Al-Jouf, the coalition said.

The UAE condemned the attacks and urged the international community to take an immediate stand to stop Houthi attacks against the Kingdom.

These were the details of the news Arab coalition destroys eight Houthi drones fired toward Saudi Arabia for this day. We hope that we have succeeded by giving you the full details and information. To follow all our news, you can subscribe to the alerts system or to one of our different systems to provide you with all that is new.