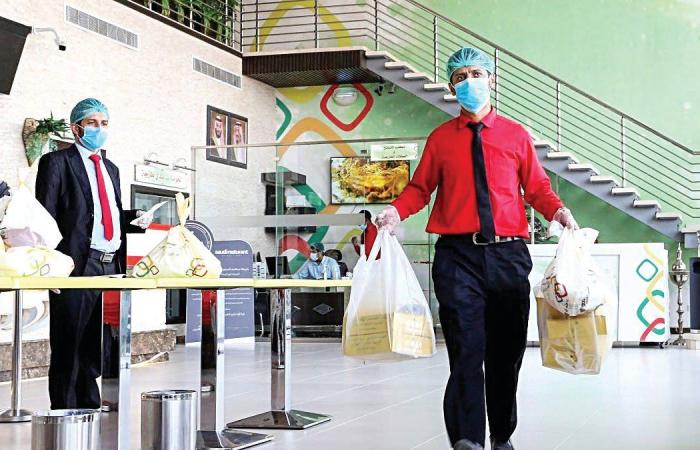 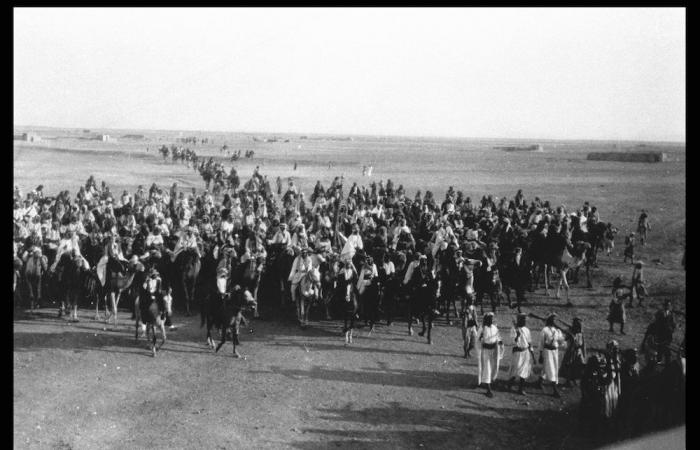 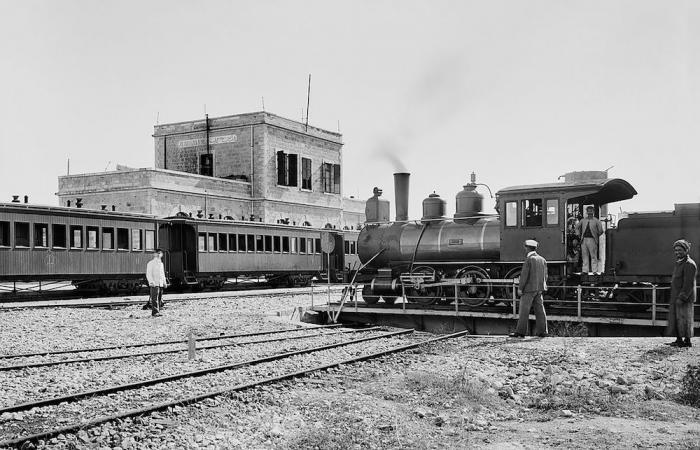 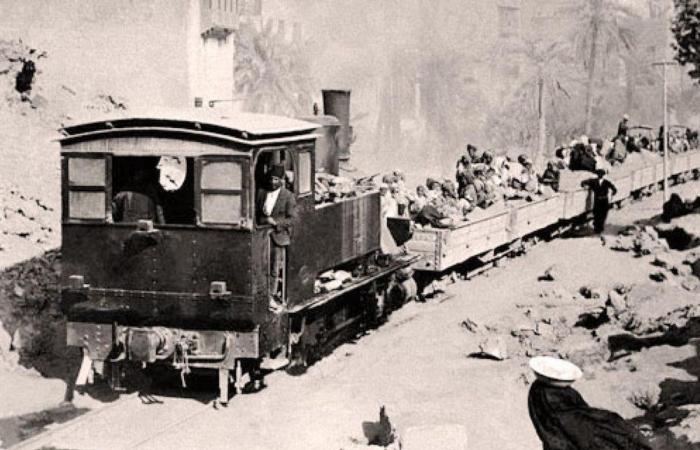 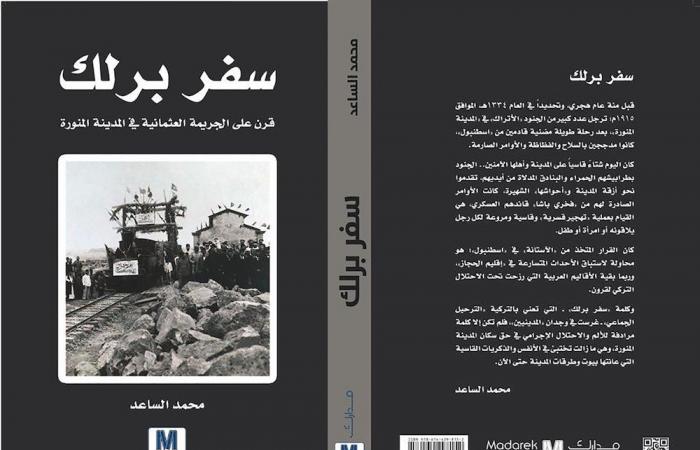 Thank you for reading the news about Restaurant, salon, barbershop employees must be vaccinated and now with the details

Jeddah - Yasmine El Tohamy - JEDDAH: Although the rot had long set in, it was the onset of the First World War in 1914 that truly exposed the Ottoman Empire’s weakness, backwardness and inability to control its distant extremities.

When historians use the term “Seferberlik” — the Ottoman word for “mobilization” — it is often assumed they are discussing the ethnic cleansing of the Armenians of Anatolia in 1915, when millions were slaughtered or sent into exile.

But Seferberlik is also used to refer to another lesser known episode of mass displacement that occurred around the same time in what is today Saudi Arabia.

“Seferberlik: A century on from the Ottoman crime in Madinah” — by Saudi author Mohammad Al-Saeed — tells the story of the deportation of the holy city’s population by Ottoman General Fakhri Pasha.

History books tell of Fakhri Pasha’s “heroic defense” of the city in the 1918 Siege of Madinah, fending off repeated attacks by the British-backed Arab fighters of Hussein bin Ali, the Sharif of Makkah.

What the books often gloss over are the happenings of 1915, prior to the siege, when Fakhri Pasha forced Madinah’s population into trains and drove them north into present-day Syria, Turkey, the Balkans and the Caucasus.

Moreover, the version of events told in Turkey today tends to omit the Ottomans’ removal of the valuables of Prophet Muhammad’s sacred chamber, the demolition of buildings to make way for defenses and supply lines and the man-made famine’s cruel toll on Madinah’s remaining civilian population.

“The Seferberlik crime was an attempt to transform Madinah into a military outpost,” Al-Saeed told Arab News. “The Turks tried to separate the city from its Arab surroundings and annex it to the Ottoman Empire to justify ruling what remained of the Arab world.”

Against the wishes of the Ottoman Caliph Sultan Mehmed V, the Young Turks who dominated the empire’s affairs at that time had sided with Germany and the Central Powers. Their brand of Turkish ethno-nationalism spelled disaster for the empire’s other ethnic groups.

The highly strategic Hijaz railway, which linked Damascus and Madinah, was vital to the Ottoman war effort, which made it a frequent target of the Arab rebels and their British ally, T.E. Lawrence.

So important was this rail link for the movement of troops and munitions that Ottoman forces were prepared to displace Madinah’s civilian population and garrison its holiest sites, no matter the harm and disrespect their actions caused to the resting place of Prophet Muhammad.

“General Fakhri Pasha came to prove the power of the Ottoman Empire over Madinah, no matter what the cost,” Al-Saeed said. “He took the Prophet’s Mosque and its sanctity and turned it into a weapons depot and a camp for soldiers.

“He also transformed the city’s minarets into artillery positions, unconcerned about affecting the Prophet’s Mosque, the dome and the Prophet’s Tomb.

“Furthermore, he confiscated the inhabitants’ possessions, their date farms and their crops, and turned them over to the military effort and to his soldiers, estimated to be around 70,000 mercenaries. They desecrated Madinah by drinking alcohol in the streets.”

In the second phase of Fakhri Pasha’s campaign, “he destroyed homes and extended the railway to inside the Prophet’s Mosque, disrespecting the sanctity of the mosque in another crime, for the purpose of facilitating the transport of valuables and items in the Prophet’s Chamber — the possessions of Prophet Muhammad and his wives — away from the eyes of citizens and out of fear of them, and in preparation for smuggling them to Constantinople,” Al-Saeed said.

“The stolen treasures arrived in Constantinople, the Ottoman Empire’s capital, and have been on display for many years at the Topkapi Museum (in present-day Istanbul).”

The holy relics include old copies of the Quran; jewelry and golden candlesticks; and swords. Besides the 390 artefacts, visitors to the museum can see the following possessions of Prophet Muhammad: the Blessed Mantle, the Holy Banner, his sword and bow, a jar, a piece of his tooth and a hair from his beard.

Sources suggest Fakhri Pasha even attempted to have the body of Prophet Muhammad exhumed and shipped to Constantinople. An Egyptian engineer who was summoned to Madinah to modify the minarets of the Prophet’s Mosque to support the weight of Ottoman artillery claimed he was ordered to open the tomb, but he refused.

“Fakhri Pasha asked for his help to exhume the body of the prophet and move it to Constantinople, according to the historical documents written by the French representative in Cairo and sent to the Ministry of Foreign Affairs,” Al-Saeed said.

“The French representative vouched for the account of the Egyptian engineer, who fled the city and did not carry out the crime, thus confirming that the grave in question did indeed house the prophet’s body and the goal was to move the body to Constantinople.”

“In the last phase, the citizens of Madinah were forcibly displaced and soldiers were settled there instead,” Al-Saeed said.

Possibly up to 40,000 civilians were deported, with parents separated both from each other and from their children.

“They kidnapped people from the streets and did not deport them as families. They deported them as individuals and sent them to other areas under Ottoman rule.

“According to historical sources, the Seferberlik atrocities resulted in only a few hundred citizens remaining in the city. Fakhri Pasha ordered the monopolization of food, which was scarce in the first place, especially dates, which were given to the Ottoman soldiers.

“Madinah reached the point of famine, forcing its citizens and orphaned children to eat cats, dogs and what remained on the farms and in the streets.”

Al-Saeed says he chose to write about the Ottoman Empire’s actions in Madinah a century on because he believes modern Turkey is trying to whitewash its imperial past.

He plans to translate his book into several languages to raise awareness of this little-known chapter of Ottoman history.

“I wrote an article in 2015 about the passage of 100 years since this crime and provided details that few people knew about,” Al-Saeed said.

“Reactions to the article varied between people shocked at the information and those who could not believe it, given the Turkish publicity ahead of its publication which attempted to whitewash the Ottoman Empire’s ugliness and its heinous crimes against Arabs. The public was oblivious to the Ottoman crimes.

“Following the article, the idea of documenting the event was established, so that history would not forget it like other events in Arab history, particularly since the few historical sources that documented Seferberlik are in the Ottoman, English and French archives.

“Moreover, the sources of information are very limited and the grandchildren of those who were in Madinah at the time do not have many documents. A lot of the city’s inhabitants were displaced. Many of them did not return.”

These were the details of the news Restaurant, salon, barbershop employees must be vaccinated for this day. We hope that we have succeeded by giving you the full details and information. To follow all our news, you can subscribe to the alerts system or to one of our different systems to provide you with all that is new.