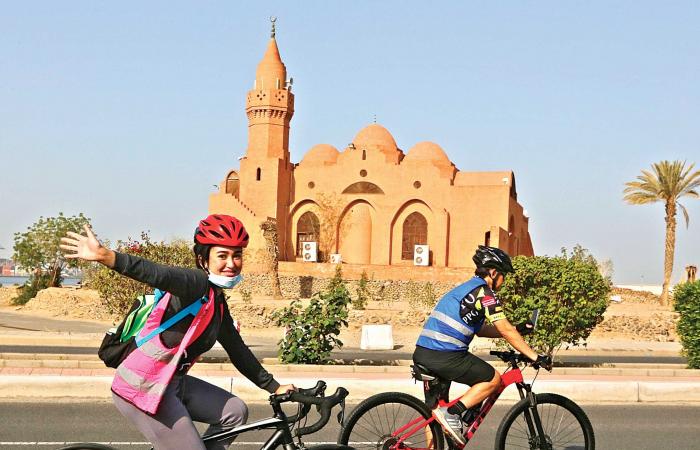 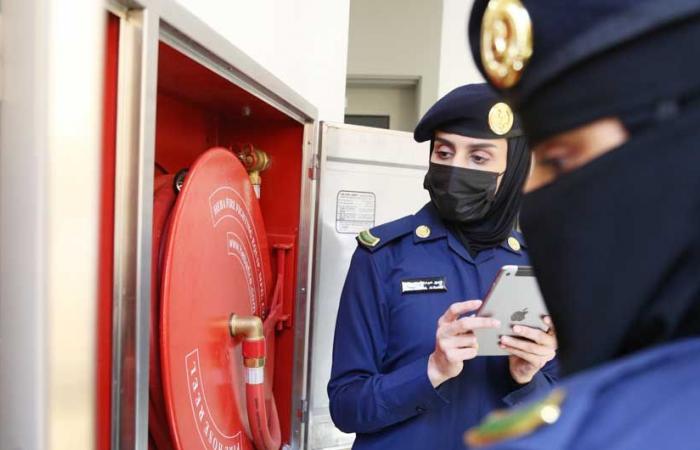 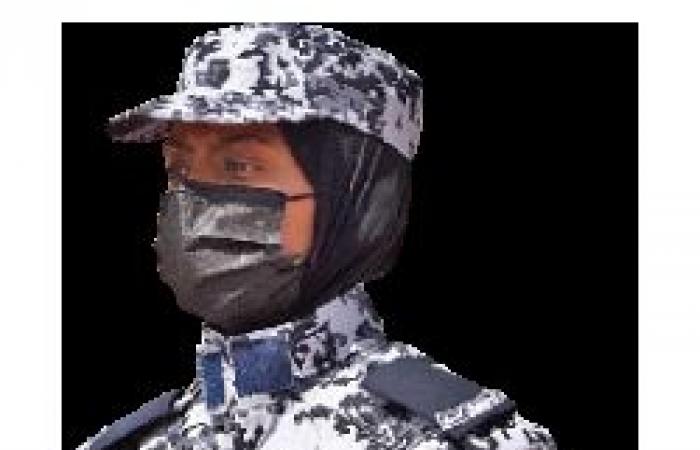 Jeddah - Yasmine El Tohamy - RIYADH: As we mark Women’s International Day, we see the new highs Saudi women have soared to since the launch of Vision 2030 in the Kingdom.
Reforms have changed the narrative surrounding women’s empowerment from inclusivity and equality to notability and distinction. Women’s accomplishments as part of Vision 2030 have set the stage for the further success and achievement of young female leaders in the Kingdom.
The goals of Saudi women are no longer equality or equal opportunity, but rather surpassing their counterparts in ideology, accomplishments and innovation across all sectors. In doing so, they have paved the way for a young and determined generation of future female leaders. These innovative accomplishments are all due to the stepping stones laid out by Vision 2030’s extensive social reforms for women.
Now, Saudi women are ambassadors, general managers, directors of private entities, government spokespersons and more. Their voices are now heard wide and clear across the world.
As of February 2021, women are earning ranks in the Kingdom’s armed forces and holding positions of leadership, including as sergeants commanding teams of soldiers in the Saudi Arabian Army, Royal Saudi Air Defense, Royal Saudi Navy, Royal Saudi Strategic Missile Force and Armed Forces Medical Services.
It is simply no longer the aim of Saudi women to hope for inclusivity in society and the workplace. The new goals set on the horizon are leadership, direction and making an impact on the future of the Kingdom, whether through financial growth, social reform, or paving the way for new generations of women to succeed. 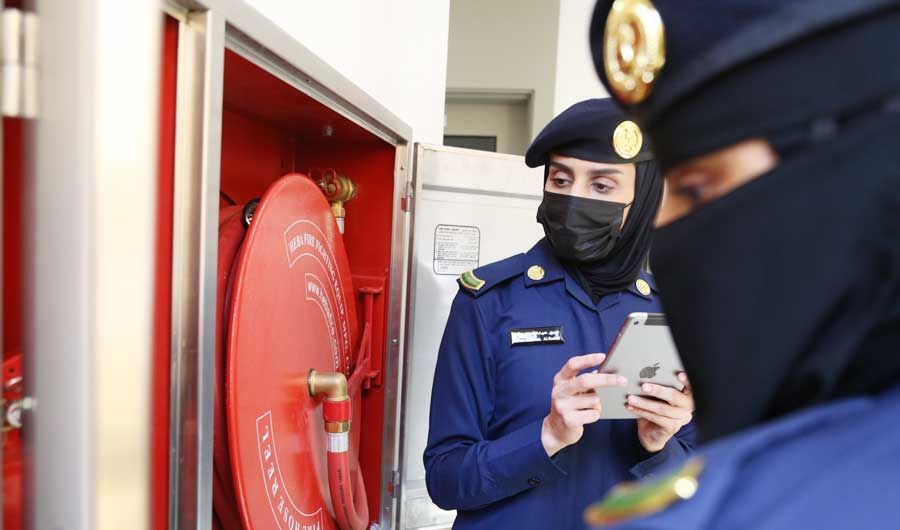 Vision 2030’s initiatives and reforms have not only affected the careers of women, but also their social lives — amplifying voices that were not always able to be heard. Legal reforms have been amended by Vision 2030 to ensure the rights of divorced women. An alimony fund was created to support women and their children during court proceedings, and women are now able to enter judicial departments independently without the past restriction of having a guardian present. In the past, judgments meant women had to return back to their homes without any objections, but since Vision 2030, these regulations are a literal thing of the past — a historic blimp in the bright future ahead.
It is no exaggeration to say that when Crown Prince Mohammed bin Salman was appointed in his position in 2017, promises were made and delivered.
Women are involved in the workforce, driving on the roads and are more independent, particularly with the relaxing of the guardianship law last year. Tools such as the sexual harassment law were put in place to ensure their safety, and they found complete support from the government in facilitating their ambitions, including being appointed to high positions.
In July 2020, under a royal decree by King Salman, 13 women were appointed to serve on the Saudi Human Rights Commission, making half of the commission female. This decision gave women a louder voice and a foundation through which to make an impact in the Kingdom.
Women are now a driving force in growing the Kingdom’s alternative economic resources, and over the past decade there has been a surge in the number of female entrepreneurs, business owners and CEOs.

• As of February 2021, women are earning ranks in the Kingdom’s armed forces and holding positions of leadership.

• An alimony fund was created to support women and their children during court proceedings.

• Women are now able to enter judicial departments independently without the past restriction of having a guardian present.

• In July 2020, under a royal decree by King Salman, 13 women were appointed to serve on the Saudi Human Rights Commission.

Dr. Maliha Hashmi, executive director for the health and wellbeing sector of the NEOM megacity project, is a young female health leader in the region. She said that Vision 2030 has created the opportunity for women to build new roles and transform older expectations in a positive way. 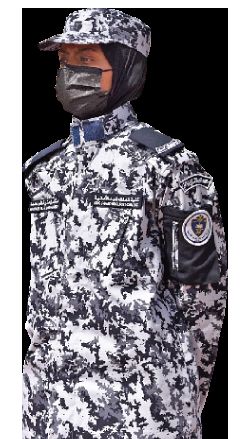 “Through Vision 2030, social acceptance, and most of all, the continuous support of the government, we’ll see a balanced leadership, in both the private and public sectors, represented by both men and women. Plus, I’m very optimistic that we’ll witness in the near future more women in ministerial and international representation,” she said.
“Under the visionary leadership of Crown Prince Mohammed bin Salman, Saudi Arabia has taken a giant step forward in empowering its women. While the world knows and talks about women drivers on Saudi roads, there’s more to this socio-economic and cultural change than meets the eye,” Hashmi, a Harvard doctorate degree holder, told Arab News.
“More high-tech startups can now be owned by women. There are now female diplomats in the GCC. I am super excited that this started in Saudi Arabia with Princess Reema bint Bandar as the first Saudi female ambassador. I am also honored to represent NEOM as one of its leading female executives. I hope this passion within me for this amazing project is contagious and is an encouragement for other young women to join, and that I can serve as a great role model for them.”
Vision 2030 has changed the dynamic of the Kingdom and not only opened it to the world, but also to many Saudis.
Women from the Kingdom are now seen traveling around the world and exploring new cultures without the obligatory presence of a male guardian, due to a decree allowing women to obtain their own passports and travel over the age of 21 without a male guardian.
Vision 2030 gave women the right to drive, planting the seeds that led to the emergence of the first professional female racing driver, Reema Al-Juffali. The reforms also created equal opportunity in science, and pushed women scientists into the limelight, such as Nouf Al-Numair, a “DNA decoder” who researches the early detection of emerging diseases through gene mutation. This is only a glimpse into the world of achievements female leaders in Saudi Arabia have created as a result of empowerment in the Kingdom.
It is evident that the fast changes led by Crown Prince Mohammed bin Salman have also had a global impact. For the second year in a row, the “Women, Business and the Law 2021” report by the World Bank Group listed Saudi Arabia as one of the top countries for economic inclusion and women’s reform.
One woman who has benefited from the changes is Noura Al-Dossary. Orphaned at a young age and divorced with one daughter, Al-Dossary was in a predicament. Her sister and her brother-in-law helped her, but she soon realized she had to support both herself and her daughter financially.
“Vision 2030 opened doors for me that I thought were bolted shut,” she told Arab News. Coming from a conservative background, and with limited education, she ventured into various workplaces, and soon found work at a small college. However, she was unsatisfied with the pay, the work atmosphere and the lack of insurance and benefits. But an opportunity soon presented itself in a laundry department at a five-star hotel.
She was attentive to detail, eager to learn and grateful for the opportunity. “I was exposed to a different world. I met people from diverse nationalities, mixed with the opposite gender and quickly learned English on the job — something I never dreamed of.”
Al-Dossary’s workplace enrolled her in courses to not only further her career, but also her character. “I felt invested in it,” she said, a sentiment that many Saudi women share. “People tell me: ‘Oh, but you work in laundry.’ But let me tell you something: I’m proud of myself.”
There are many women like Al-Dossary who have succeeded in their own right. They may not appear in the headlines, but they are a vital part of Saudi society.
“I’m able to financially support my family, have insurance and benefits, and I bought a home,” said Al-Dossary. “None of this would have been possible without Vision 2030. I am independent and I finally found the support I needed to realize my dreams.”

These were the details of the news Saudi women’s sport grows by leaps and bounds for this day. We hope that we have succeeded by giving you the full details and information. To follow all our news, you can subscribe to the alerts system or to one of our different systems to provide you with all that is new.