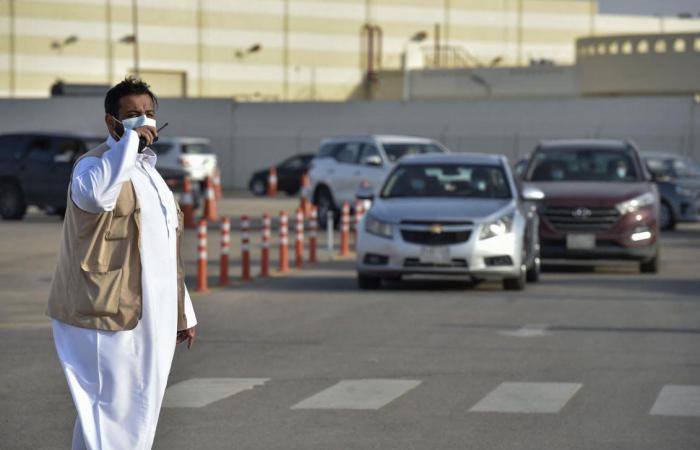 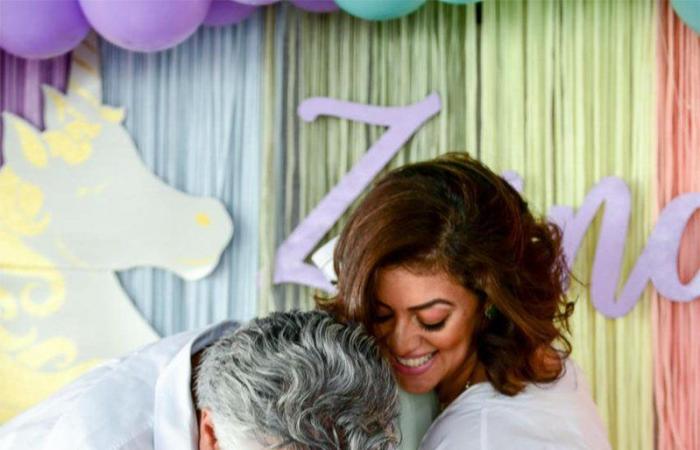 RIYADH: A Saudi father has made it his mission in life to help others receive the same opportunities as his daughter after a liver transplant saved her life when she was just 70-days-old.

Soliman Saidi, whose daughter Salma turns three this year, is campaigning to have more Saudis sign up to become organ donors.
Saidi, a motivational speaker who has been advocating organ donation, spoke to Arab News about the urgent need for more volunteers in the Kingdom to donate organs after death in order to help save lives.
“Most people have a lot of misconceptions about organ donation,” he said.

“They assume that signing up to be a donor means that they will have to sacrifice body parts that they need to survive, but that’s never the case. While some organs can be donated while a person is still alive, like a kidney or part of the liver, organs like the heart and lungs can only be donated after a person is dead.”
Saidi added that, from a religious point of view, there is nothing to prevent potential donors from signing up.
A 1982 fatwa (religious edict) by the Senior Ulama Commission concerning organ donation and transplantation granted “the permissibility to remove an organ or part thereof from a dead person,” and the permissibility of a living person donating an organ or part of it.
The Kingdom’s primary organization for organ transplants was founded in 1984, the Saudi Center for Organ Transplantation (SCOT). Since then, the organization has worked to raise awareness of the importance of organ donation and has given Saudis a platform where they can sign-up to become donors.

However, statistics suggest that more citizens need to educate themselves about the process and the urgent need for organ donors.
A 2019 study published in the Saudi Journal of Kidney Diseases and Transplantation showed that the majority of the Kingdom’s population are unaware of any local or international organ donation legislation. The level of knowledge was as low as 12.6 percent, which the study claims has led to a low number of potential organ donors in the country.
The same study indicates that Saudi Arabia has a low organ donation rate, estimated at 2 to 4 per million population (PMP). Compared with other countries, such as the US with a 26 PMP donor rate, the number is fairly low.
However, SCOT has nonetheless seen success in the Kingdom. According to figures recorded between 1986 and 2016, there were 13,174 organs transplanted from living and deceased donors, including 10,569 kidneys, 2,006 livers, 339 hearts, 213 lungs and 46 pancreases.
Saidi was motivated to start campaigning for the cause in 2018 after he received what he said was “the worst news of his life” just months after the birth of his youngest child.
“Two months after Salma was born, she experienced liver failure. By the time we realized what was happening, her liver was already failing by about 70 percent,” he said.
Saidi recalled the desperation he felt after being told that Salma needed a Kasai procedure, a risky operation that involves the removal of blocked bile ducts and the gallbladder, and replacing them with a segment of the small intestine.
Doctors informed him that the procedure had a 1 percent chance of saving her life, but he was willing to take the risk.
“She was barely 70 days old,” he said. “I remember thinking ‘dear God, if she has to go under the knife tomorrow, let her live. I want to see her as a bride someday, let her have a chance.’”

• Those interested in signing up as organ donors after death in Saudi Arabia can register with SCOT on their website.

However, the procedure was only a temporary solution, and it eventually became clear that what Salma needed was a liver transplant.
“There was nothing we could do at that point but leave it up to Allah,” he said. “At that point, we were fully desperate, and feeling so helpless. All we could do was ask Allah to spare her life.”
Miraculously, Saidi, together with his wife Hajer, were able to arrange for Salma to be moved to the King Faisal Specialist Hospital in Riyadh. They also flew to the capital from their home in Jeddah in the hopes that they would find a donor for their daughter.
“Finding any type of organ donor is a long process, but liver donors in particular are rare. It normally takes ages,” said Saidi. “And this was happening during the Eid Al-Adha holiday. We were fast losing hope that we would find a donor in time.”
However, through the dedicated efforts of hospital staff, Hajer was picked as a viable donor and the family were informed that they could begin preparations almost immediately.
Saidi said that one of the most emotional experiences of the whole process was the way people online had reacted to his plight, and the number of people who reached out when he posted about the issue on social media.
“People were calling me and literally pleading with me to allow them to donate,” he said, growing emotional as he recounted the story. “One of the most incredible gestures I received was a man who called from Tabuk and asked me only to arrange things with hospital staff to allow him to fly in and donate part of his liver, and specifically requested that I not meet with him in order to maintain
anonymity.”
The experience moved him, and when it became clear that both mother and daughter would make a full recovery, Saidi decided to become a champion for
the cause of organ donation in the Kingdom.
“I learned very quickly that convincing people to donate a part of themselves after death was hard enough on its own, let alone trying to convince them to donate while they’re alive,” he said. “But after my own experience, I was determined to do whatever I could to help.”
Saidi is also an adviser to a nonprofit organization, Awad Al-Amal, which enables young patients and their families to overcome disease and difficulties by providing rehabilitation programs and voluntary health services.
Today, Saidi says he has made peace with what happened, and is grateful to still have his daughter in his life every single day.
“I believe everything happens for a reason,” he told Arab News, “I think this experience taught me to never take anything for granted, and it humbled me and reminded me that no one is untouchable in this life.”
Those interested in signing up as organ donors after death in Saudi Arabia can register with SCOT on their website at scot.gov.sa/ar/Register/Index?type=AfterDie.

These were the details of the news Saudi Arabia announces 5 more COVID-19 deaths for this day. We hope that we have succeeded by giving you the full details and information. To follow all our news, you can subscribe to the alerts system or to one of our different systems to provide you with all that is new.