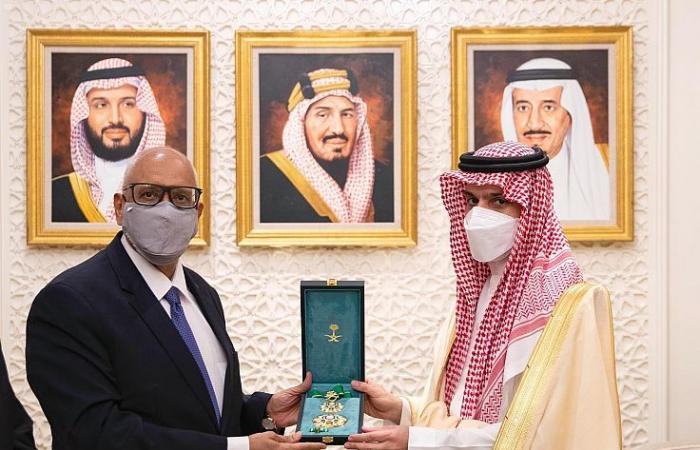 The Arab coalition intercepted and destroyed four Houthi drones targeting civilian areas in the Kingdom’s southwestern city Khamis Mushayt, one targeting Jazan and another targeting the southern region on Saturday.

One of the drones targeting Khamis Mushayt was fired earlier on in the day.

Shrapnel from one of the Houthi ballistic missiles crashed through the roof of a residential property  in Riyadh after it was intercepted by Saudi defense forces.

The Kuwaiti Ministry of Foreign Affairs said in a statement: “The Houthi militia’s insistence on continuing these terrorist acts constitutes a continuation of the dangerous escalation that these militias are undertaking to harm the security of the Kingdom of Saudi Arabia and undermine the stability of the region.”
The minister said this was “a flagrant challenge” to international and humanitarian law and an obstruction of international efforts seeking to reach a political solution that ends the ongoing conflict in Yemen.
Kuwait renewed its call to the international community, and the United Nations Security Council, to carry out its duties to curb the Houthis “dangerous escalation” and put an end to it to maintain international peace and security.
Kuwait affirmed its support of Saudi Arabia’s measures to preserve its security, stability and sovereignty.

The Yemeni government echoed Kuwait’s response in condemning the Houthi militia’s “repeated terrorist acts,” calling it a war crime that endangers the lives of civilians.
The Yemeni foreign ministry reaffirmed its support of the Saudi government, and praised the Saudi-led Arab coalition forces in supporting the internationally recognized Yemeni government.
Bahrain also released a statement condemning Houthi attack on Saudi Arabia and affirmed its solidarity with its neighboring country.
The Bahraini Foreign Ministry praised the coalition forces that were able to intercept and destroy the ballistic missile and drones, stressing the need for the international community to assume its political responsibilities towards these “unjust Houthi attacks” on the Kingdom’s territory.

Qatar strongly condemned the Houthi missile attack that targeted Riyadh and said it was “a dangerous act against civilians which contravenes all international norms and laws.”

In a statement, Qatar’s foreign ministry reiterated the state’s firm position on rejecting violence, criminal and subversive acts regardless of the motives behind them.

The French Ambassador in Saudi Arabia Ludovic Pouille also condemned the attack and thanked Saudi forces for the intervention.

“I firmly condemn the ballistic missile attack claimed by the Houthis which has targeted Riyadh last night and the drone attacks against Khamis Mushait. I convey my deepest thanks to the Saudi Defense Forces for their efficient protection,” he tweeted.

These were the details of the news Saudi and Malian foreign ministers discuss strengthening ties for this day. We hope that we have succeeded by giving you the full details and information. To follow all our news, you can subscribe to the alerts system or to one of our different systems to provide you with all that is new.