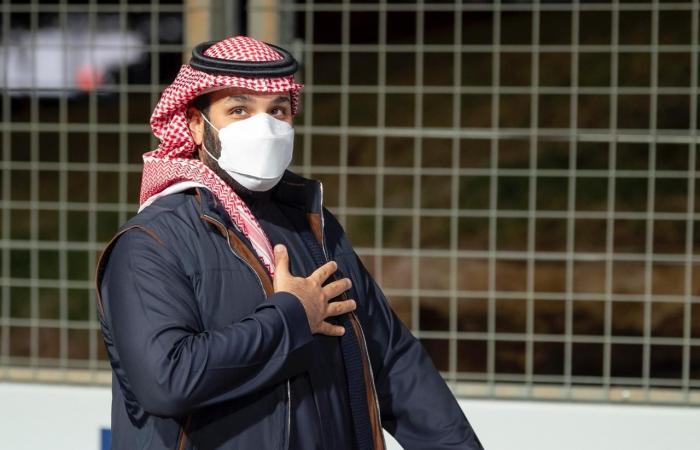 Thank you for reading the news about WATCH: Saudi Crown Prince attends Formula E Diriyah E-Prix and now with the details

Jeddah - Yasmine El Tohamy - LONDON: Arab countries and organizations expressed their support on Saturday for a statement released by Saudi Arabia’s Foreign Ministry. The statement concerned the report provided to the US Congress on the murder of journalist Jamal Khashoggi.
In a statement, Bahrain’s Foreign Ministry rejected anything that affects the sovereignty of Saudi Arabia.
Bahrain’s Shoura Council affirmed “the prominent and pivotal role played by Saudi Arabia, under the leadership of King Salman and Crown Prince Mohammed bin Salman, to lay down the foundations of regional and global security and peace.”
The council also praised diplomatic efforts exerted by Saudi Arabia through its foreign diplomacy in the region and the world, Bahrain News Agency (BNA) reported.

The UAE’s Ministry of Foreign Affairs and International Cooperation expressed its confidence in and support for the Saudi judiciary, as well as the Kingdom’s commitment to enforcing the law with transparency and integrity and to holding those responsible for the murder to account.

The Ministry affirmed the UAE’s solidarity with Saudi Arabia in its efforts to maintain stability and security in the region and the key role it plays in maintaining moderation in the Arab world.

The UAE rejects any attempts to exploit the Jamal Khashoggi case or interfere in Saudi internal affairs, the ministry said.

Kuwait’s foreign ministry expressed its support for Saudi Arabia’s statement and stressed the important role played by the Kingdom in supporting moderation regionally and internationally and in denouncing extremism.

The ministry said that it categorically rejects any attempts to affect the Kingdom’s sovereignty.

Oman’s Ministry of Foreign Affairs also expressed the Sultanate's solidarity with the Kingdom, saying it appreciated the efforts and actions of the competent judicial authorities in the Kingdom regarding the case and its outcome.

MWL secretary-general Dr. Mohammed bin Abdul Karim Al-Issa said the league rejects the conclusions of the report and affirmed the confidence of the Muslim world, led by Saudi Arabia, in all measures taken by the Kingdom.

Al-Issa added that the league rejects any interference that affects the Kingdom’s sovereignty.

The Secretary-General of the Organization of Islamic Cooperation (OIC) said it categorically rejects “the incorrect conclusions contained” in the US report which is “devoid of any conclusive evidence.”

The organization rejected attempts to infringe the Kingdom’s sovereignty, insult its leadership and compromise the independence of its judiciary.

It expressed support for all judicial measures that were taken against the perpetrators of the murder who were brought to justice, and the sentences that were issued.

The Arab Parliament affirmed its support for the Saudi statement and expressed its categorical rejection of any infringement of the sovereignty of the Kingdom and the independence of its judiciary.

The parliament stressed the pivotal role that the Kingdom plays in consolidating security and stability in the Arab region and the Middle East and its policy of supporting international peace.

The Secretary-General of the Gulf Cooperation Council (GCC), Dr. Nayef Falah Mubarak Al-Hajjraf, affirmed his appreciation for the pivotal role the Kingdom plays in enhancing regional and international security and peace, and its great role in combating terrorism and supporting the efforts of the international community in this regard.

Al-Hajjraf said the report is nothing more than an opinion that is devoid of any conclusive evidence. He expressed his support for any measures that the Kingdom takes in order to preserve its rights and support its role in promoting a culture of moderation.

Yemen also rejected everything that might affect the sovereignty of the Kingdom and the independence of its judiciary.

These were the details of the news WATCH: Saudi Crown Prince attends Formula E Diriyah E-Prix for this day. We hope that we have succeeded by giving you the full details and information. To follow all our news, you can subscribe to the alerts system or to one of our different systems to provide you with all that is new.