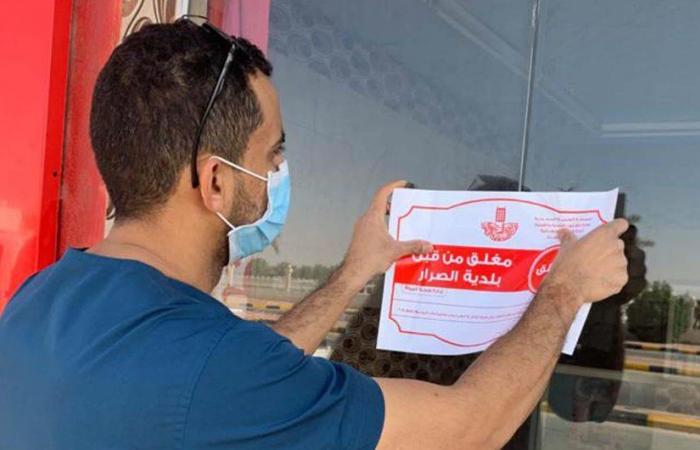 Jeddah - Yasmine El Tohamy - RIYADH: The findings of a World Bank report about recent advances in the economic inclusion and empowerment of females in Saudi Arabia came as little surprise to the many women in the country already thriving in a wide range of jobs.
The Kingdom once again made significant progress compared with the previous year and ranks favorably alongside many advanced economies.
Women in the Kingdom who are benefiting from recent radical reforms designed to boost their participation in the workplace warmly welcomed the recognition of the country’s efforts by the World Bank’s annual Women, Business and the Law report, which this year ranked Saudi Arabia in its top tier.
“Legal reforms for women are a big part of the 2030 (Saudi) Vision and when you look at these reforms from an economic perspective, women now are moving freely, working freely, and they are now in fact likely to join the workforce more easily than before,” Kholood Khaled Althekri, a public relations manager with Pamas Group in Riyadh, told Arab News.
“These reforms will help strengthen the Kingdom’s economy for sure.”
The report places Saudi Arabia in the top tier of the 190 ranked nations with a score of 80 out of 100, compared with 70.6 last year. In allocating a score, researchers consider eight main factors: mobility, workplace, pay, entrepreneurship, pension, marriage, parenthood and assets. The Kingdom received full marks for the first five of these.
Empowering women is one of the key objectives of Saudi Arabia’s Vision 2030 reforms plan, which aims to ensure they flourish and become active leaders and innovators who can contribute fully to the growth of the economy.
“In the outlined plans of Vision 2030 to develop the economy, the same vision will provide opportunities for everyone,” Althekri said. “Saudi women are the greatest assets to these plans, with more than half of university graduates now females.”
Wafa Alghamdi, director of life improvements with Mukatafah advocacy group in Riyadh, told Arab News that women in Saudi Arabia not only now have equal economic opportunities but are increasingly playing a significant role in the financial development of the country.
“Our religion and culture gives women a special place,” she said. “Women in our society are treated and considered as an asset to their households and families — and now as an asset to our country.
“We have something called ‘feminization,’ which is the new initiative by the government to increase the participation of women in work and business to encourage them and drive the force of the economy to the fullest.”
Alghamdi said that the support of Vision 2030 has helped her make strides in her career after she entered the hospitality industry and advanced through “hard work, dedication and government support” to reach the position of head of department in a relatively short time.
“I wouldn’t have been able to make it this far without the guidance of Allah, first, and our beloved country’s push and support to be on top,” she added.
Saudi Arabia has not only introduced legal reforms to promote female empowerment but also funded projects and initiatives in a number of sectors, including tourism, investment and culture, that have created opportunities for women. Along with these initiatives, government sectors are committed to guaranteeing and protecting women’s rights in the workplace. The Ministry of Human Resources and Social Development, for example, has worked to reduce gender-based discrimination and find ways to create safe work environments that foster growth and innovation.
Women have also played their part in creating legislation, opening businesses, and taking a leading role in private-sector investment. In addition, Saudi Arabia now has its first female professional racing driver, award-winning female film producers and female judges.
It has been less than five years since Vision 2030 was announced, but already many women have become leaders in the Saudi economy, own successful businesses, manage departments in a variety of businesses, and have even attained the rank of sergeant in the military.
The World Bank report also noted Saudi initiatives that have eliminated barriers to women entering industrial jobs such as “mining, construction, manufacturing and the water sector, setting men and women on equal terms in choice of employment opportunities.”
Maha S. Albalawi, a legal counselor with Pamas Group told Arab News: “The year 2020 is considered one of the most important years in the history of Saudi women. The decisions of (the Kingdom) to empower women in a number of sectors were remarkable and very important.
“This development of empowering Saudi women took place on several levels and fields, including economically and in the field of entrepreneurship, so we find a number of Saudi businesswomen whose names are (now known) locally and internationally.”
Albalawi said legal reforms ensure the rights of women will be protected and have resulted in funding for legal action in marital disputes.
“Several court rulings have also been issued in favor of Saudi women, such as the law on protection from violence, and for Saudi women to become judges for the first time in the history of the Kingdom,” she added.
All of the women Arab News spoke with said they have had personal experience of how the changes being implemented across the Kingdom have improved their lives and career prospects.
“I still remember when I first entered the private sector, as a coordinator, and I was afraid that I could not be as good as my male colleagues,” said Alghamdi.
“As time passed I discovered that I was even better — and now I am director of life improvements, working with a group of amazing ladies who are also heads of their departments and giving their best for our community to grow.”

These were the details of the news Jeddah municipality closes 227 businesses for this day. We hope that we have succeeded by giving you the full details and information. To follow all our news, you can subscribe to the alerts system or to one of our different systems to provide you with all that is new.