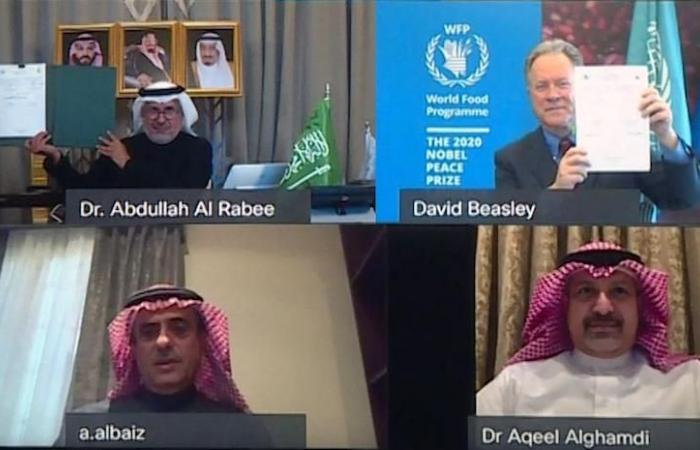 Jeddah - Yasmine El Tohamy - TOKYO: The world’s first shipment of blue ammonia was dispatched from Saudi Arabia to Japan on Sep. 27, 2020 for use in a power station for the production of zero-carbon power generation, paving the way for the further use of hydrogen in the energy system.

The Saudi-Japanese collaboration is part of a pilot project, conducted by the Institute of Energy Economics, Japan (IEEJ) and oil company Saudi Aramco in partnership with Saudi Basic Industries Corp. (SABIC).
The collaboration is important for both countries as Japan aims to be a world leader in the use of hydrogen, while Saudi Arabia, the world’s largest oil producer, wants to diversify its energy mix with plans to emerge as a global force in clean power.
In the Paris climate deal, Japan pledged to reduce its greenhouse gas emissions by 26 percent by 2030, from 2013 levels. It also plans to “lead the world in utilizing hydrogen” for clean energy production, which is contained in ammonia.
“Blue ammonia is critical to Japan’s zero carbon emission ambitions to sustain the balance between the environment and the economy. About 10 percent of power in Japan can be generated by 30 million tons of blue ammonia. We can start with co-firing blue ammonia in existing power stations, eventually transitioning to single firing with 100 percent blue ammonia,” IEEJ chairman and CEO Masakazu Toyoda said in a release.
In an earlier interview with Arab News Japan, Toyoda explained that Japan is currently heavily dependent on energy imports, which mostly consists of fossil fuels, specifically oil. This was exacerbated after the closure of Japan’s nuclear plans due to the Fukushima nuclear accident in 2011, which forced Japan to shift its energy mix and lead to an increase in the consumption of natural gas, oil, and renewable energy to replace the portion of the nuclear energy share.
The project is also important for Saudi Arabia to showcase its increased focus on sustainable energy as a cornerstone in building the solution to the current unsustainable energy model. The Kingdom has placed energy transitions, which include a gradual shift from fossil fuels toward hydrogen-based, low-carbon energy sources, at the heart of their development strategies with an aim to diversify their energy production.
The advantage ammonia has over fossil fuels is that it releases no carbon dioxide (CO2) when combusted in a thermal power plant, and it is easier to transport, which means that it has “the potential to make a significant contribution to an affordable and reliable low-carbon energy future,” according to Saudi Aramco.
The production of 40 tons of blue ammonia by Saudi Aramco and SABIC leveraged existing infrastructure as the blue ammonia supply chain begins at the Saudi Aramco oil and gas production facilities, where hydrocarbons are processed into blue ammonia at Jubail, the largest industrial city in Saudi Arabia located in the Eastern province.
Mitsubishi Corporation, which is representing IEEJ’s study team, worked with SABIC to monitor the transport logistics in partnership with JGC Corporation, Mitsubishi Heavy Industries Engineering, Mitsubishi Shipbuilding Co. and UBE Industries.
In the case of the blue ammonia project, Saudi Aramco said in a statement that shipping challenges were overcome with 50 tons of carbon dioxide captured during the process, 30 tons of which was used in SABIC’s Ibn-Sina methanol plant. The remaining 20 tons were transported and injected into the Uthmaniyah oil field for Enhanced Oil Recovery.
Blue ammonia was then shipped to Japan to generate power at three production sites: A plant in Aioi where ammonia was co-fired with coal, a 2 megawatt (MW) plant in Yokohama, where the ammonia was co-fired with natural gas, and a 50 kilowatt (kW) micro gas turbine site in Koriyama.
“The shipment is considered the first around the world, and it represents a crucial opportunity for Aramco to introduce hydrocarbons as a reliable and affordable source of low-carbon hydrogen and ammonia,” said Ahmad Al-Khowaiter, chief technology officer, Saudi Aramco, according to Saudi media.
Fahad Al-Sherehy, SABIC’s vice president of energy efficiency and carbon management, said: “At SABIC, we can economically leverage our existing infrastructure for hydrogen and ammonia production with CO2 capture. Our experience in the full supply chain along with integrated petrochemicals facilities will play an important role in providing the world with the blue ammonia.”
The Saudi-Japan blue ammonia supply network involved a full-value chain; including the conversion of hydrocarbons to hydrogen and then to ammonia, as well as the capture of associated carbon dioxide emissions.
As the urgency of climate change becomes more obvious and the energy matrix continues to evolve, ammonia is facilitating the creation of new energy economies, the Saudi-Japanese pilot project is one example through which ammonia can help supply the world’s increasing demand for energy by reliable and sustainable methods.

These were the details of the news KSrelief signs $40m deal to improve Yemen food security​ for this day. We hope that we have succeeded by giving you the full details and information. To follow all our news, you can subscribe to the alerts system or to one of our different systems to provide you with all that is new.