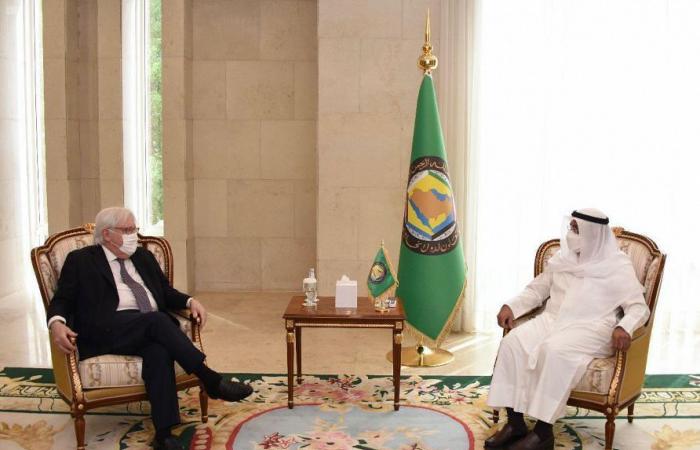 Jeddah - Yasmine El Tohamy - RIYADH: The King Salman Humanitarian Aid and Relief Center (KSrelief) signed an agreement on Tuesday with the World Food Programme (WFP) to improve food security for the most affected families in Yemen.

The agreement will benefit more than 2.3 million people at a cost of SR150 million ($40 million), a WFP statement said.

The deal was signed by KSrelief Supervisor General Dr. Abdullah Al-Rabeeah, the advisor to the Royal Court, and WFP Executive Director David Beasley.

It aims to meet the priorities of food security and nutritional needs of Yemenis, in conjunction with the Integrated Food Security Phase Classification Report for food insecurity analysis in the country.

Marib, Taiz, Aden and Sanaa are among the governorates that will receive the aid, the statement said, as the project will be completed within six months.

“Saudi Arabia plays a pioneering role in global relief and humanitarian work,” Al-Rabeeah said. “Throughout its history, the Kingdom has extended the hand of support to brotherly and friendly countries based on its belief in the importance of humanitarian work.”

He said the humanitarian needs in Yemen are a priority while Saudi Arabia is the largest supporter and financier for humanitarian response plans in the country.

Saudi Arabia’s support covered all humanitarian sectors, Al-Rabeeah said, as it also helped the UN and its agencies provide decent livelihoods for millions of people in Yemen.

The agreement was a continuation of the ongoing humanitarian and relief aid provided by the Kingdom, represented by KSrelief, to support Yemen and its people.

These were the details of the news US envoy to Yemen Tim Lenderking meets Saudi minister on first leg of Gulf tour for this day. We hope that we have succeeded by giving you the full details and information. To follow all our news, you can subscribe to the alerts system or to one of our different systems to provide you with all that is new.