Saudi Arabia to boost military spending, R&D over next decade 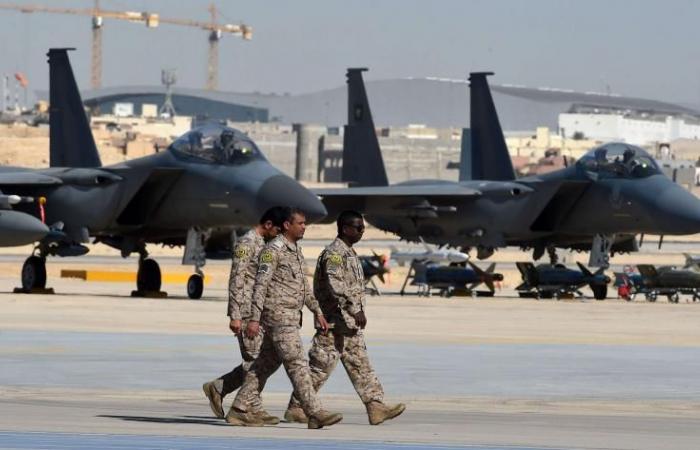 We show you our most important and recent visitors news details Saudi Arabia to boost military spending, R&D over next decade in the following article

Hind Al Soulia - Riyadh - “The government has put a plan that we will be investing in excess of $10 billion in the military industry in Saudi Arabia over the next decade and equal amounts on research and development,” Governor of the General Authority for Military Industries (GAMI) Ahmed bin Abdulaziz al-Ohali told a defence conference in Abu Dhabi.

DUBAI – Saudi Arabia will invest more than $20 billion in its domestic military industry over the next decade as part of aggressive plans to boost local military spending, the head of the kingdom’s military industry regulator said on Saturday.

The Gulf state wants to develop and manufacture more weapons and military systems domestically, aiming to spend 50% of the military budget locally by 2030.

“The government has put a plan that we will be investing in excess of $10 billion in the military industry in Saudi Arabia over the next decade and equal amounts on research and development,” Governor of the General Authority for Military Industries (GAMI) Ahmed bin Abdulaziz al-Ohali told a defence conference in Abu Dhabi.

He also said the kingdom plans to increase military research and development (R&D) spending from 0.2% to around 4% of armaments expenditure by 2030.

For Saudi Arabia, threats from Iran remain a top concern, with the kingdom accusing Tehran of supporting terrorism and fuelling sectarianism in the region.

The kingdom is at war with Iranian-backed Houthi fighters in Yemen. The conflict has killed thousands and created the world’s worst humanitarian disaster.

On Thursday, Washington reaffirmed its “strategic defence partnership” with Riyadh in the face of increased attacks by Houthis.

Austin spoke with Prince Mohammed “to reaffirm the strategic defence partnership between the United States and the Kingdom of Saudi Arabia”, the Pentagon statement said.

“The secretary condemned the recent Houthi cross-border attacks on Saudi Arabia and expressed his commitment to assisting Saudi Arabia in the defence of its borders.”

The Houthi rebels have stepped up cross-border drone and missile attacks in recent weeks as they resumed an offensive to seize the Saudi-backed government’s last major toehold in northern Yemen.

While the Saudis have supported the UN-recognised Yemen government, Iran has supplied weaponry and advice to the Houthi militias who still control most of the more populated areas.

Through the Houthis, experts say, Iran has been waging a proxy war to expand its influence and weaken Saudi Arabia and other Arab Gulf countries.

In recent years, this threat prompted Riyadh and other Arab governments to boost their military industries and defence capabilities.

The US has been, for many years now, the largest supplier of weapons to the Gulf region but Iran has managed to defy stringent sanctions by exporting both military hardware and advisers to its proxies in the region, notably Hezbollah in Lebanon and the Houthis in Yemen.

A recent study by the International Institute for Strategic Studies (IISS) concluded that despite being under sanctions Iran tries to ensure a strategic advantage over its rival, Saudi Arabia.

These were the details of the news Saudi Arabia to boost military spending, R&D over next decade for this day. We hope that we have succeeded by giving you the full details and information. To follow all our news, you can subscribe to the alerts system or to one of our different systems to provide you with all that is new.