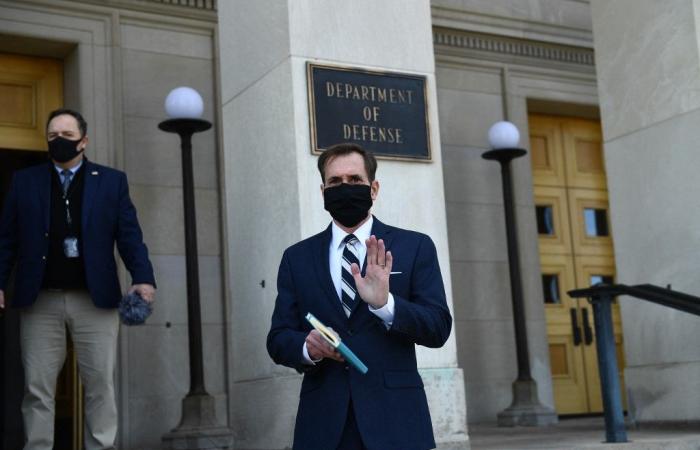 Thank you for reading the news about Pentagon: US condemns attacks against Saudi Arabia and now with the details

Speaking to other ministers and energy policymakers at a forum held virtually from Riyadh, he said that the world had to learn the lessons of last year’s dramatic gyrations in oil prices.

“One of these lessons is the futility of trying to predict what is around the corner, and the best we can do is to increase our preparedness and resilience, realizing that collective action is the best way to tackle the challenges ahead.

“And on the subject of predictability, this also applies to those who are trying to predict the next move of OPEC+. To those people I say, don’t try to predict the unpredictable,” the prince said.

He characterized the OPEC+ stance as one of “constructive ambiguity.”

His comments, delivered at the opening session of the International Energy Forum symposium on energy outlooks, were seen as an attempt to head off speculation in the oil markets ahead of a key meeting of OPEC+ next month, when the alliance, led by Saudi Arabia and Russia, must decide if it will add back oil supply in the face of uncertain global demand.

He advised against any action that might affect the pace of recovery in global markets. “We are in a much better place than we were a year ago, but I must warn, once again, against complacency. The uncertainty is very high, and we have to be extremely cautious.

“The football match is still being played, and it is too early to celebrate and declare any victory against the virus. The referee is yet to blow the final whistle,” he said.

On the same panel, Dharmendra Pradhan, petroleum minister of India, the fastest-growing energy consumer of the big economies, said that there was a big improvement from the pandemic recession of last year, and predicted double-digit economic growth in 2021.

But he warned against allowing crude prices to rise too fast. “The rising oil price of recent weeks is hurting the global economic recovery,” he said, highlighting India’s progress toward greater use of renewable fuels compared with hydrocarbons.

“India is committed to renewables and energy efficiency, while maintaining the use of oil and gas and expanding refining capacity,” Pradhan said.

Fatih Birol, executive director of the International Energy Agency, told the forum that oil demand would recover with global economic improvement, and that he saw no prospect of a “peak” in oil demand unless there is a significant change in consumer preferences, but noted that government calls for “net zero” policies on emissions would mean a reduction in fossil fuel use.

Mohammed Barkindo, secretary-general of OPEC, said that there remains “tremendous uncertainty” in demand and that OPEC was aligned on the need for a cautious, but optimistic, approach on supply.

He added: “There will be no peak oil on the immediate horizon, which means that 1.7 trillion barrels of proven oil reserves will not be stranded.”

These were the details of the news Pentagon: US condemns attacks against Saudi Arabia for this day. We hope that we have succeeded by giving you the full details and information. To follow all our news, you can subscribe to the alerts system or to one of our different systems to provide you with all that is new.