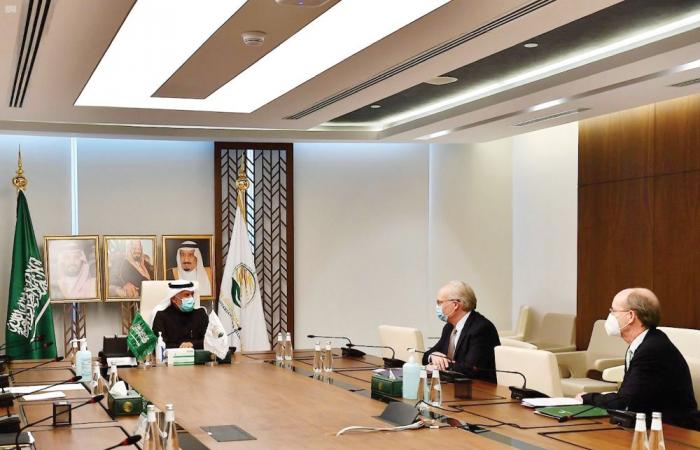 Khalid Al-Khudair is the newly appointed secretary-general of the media and banking awareness committee for Saudi Banks.

He has been chief experience officer at Riyad Bank since November and prior to that worked for two years as the bank’s executive vice president for communication and customer experience.

He is also the founder and CEO of Glowork, an organization dedicated to female empowerment that has created thousands of jobs for women by bridging the gap between jobseekers and employers.

Al-Khudair joined KPMG in Saudi Arabia and from 2006 to 2013 held the position of chief operating officer for the multinational professional services company in the Kingdom, Kuwait, and Jordan.

A winner of the King Salman Award for Entrepreneurship, he has been involved in several successful business operations and investments.

Between 2009 and 2010, he managed all of KPMG’s marketing and communication activities in Saudi Arabia, and from 2013 to 2015 was an executive member of Riyadh Chamber of Commerce and Industry’s employment committee. Al-Khudair has also been a member of the advisory board at the Chief Marketing Officer Council.

Al-Khudair, who was ranked third-most influential Arab by Arabian Business magazine, was also part of the executive management committee at Deutsche Gulf Finance, launching its brand and sales strategy.

These were the details of the news KSrelief chief meets US special envoy to Yemen for this day. We hope that we have succeeded by giving you the full details and information. To follow all our news, you can subscribe to the alerts system or to one of our different systems to provide you with all that is new.