Saudi, US air forces train to down enemy drones 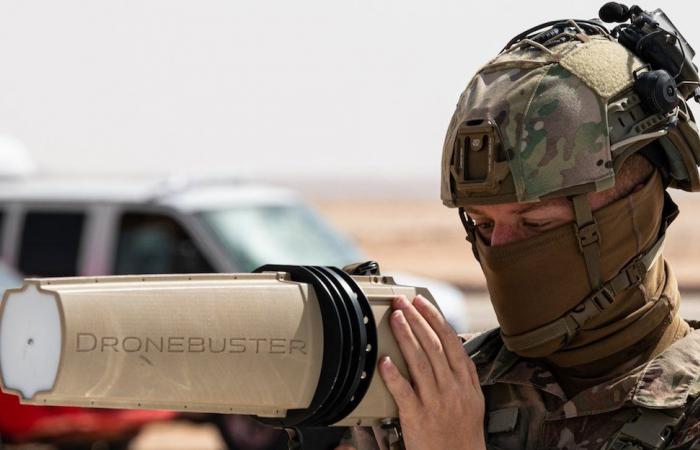 Thank you for reading the news about Saudi, US air forces train to down enemy drones and now with the details

Jeddah - Yasmine El Tohamy - LONDON: The Royal Saudi Air Force has taken part in a training exercise with American troops to combat enemy drones.
The US Air Force and Marine Corps took part in the “joint counter unmanned aerial system exercise.”
“It allowed participating members to learn from one another while strengthening resolute partnerships and enhancing base defense capabilities,” the 378th Air Expeditionary Wing at Prince Sultan Air Base south of Riyadh said on Twitter.
Drones, or unmanned aerial vehicles (UAVs), are increasingly used in conflicts in the region.

Iran-backed militias, like the Houthis in Yemen, have repeatedly used larger explosive drones to attack Saudi Arabia. Smaller drones, similar to those available for most people to buy, have been deployed by extremist groups like Daesh in Iraq to plot attacks.
The exercise comes less than a week after the Biden administration said it was committed to helping the Kingdom defend its people and territory.
The Iran-backed Houthis sparked international condemnation when it launched its latest series of drone attacks toward Saudi Arabia’s southern region this week.
The drones were intercepted and destroyed by the Arab coalition.

These were the details of the news Saudi, US air forces train to down enemy drones for this day. We hope that we have succeeded by giving you the full details and information. To follow all our news, you can subscribe to the alerts system or to one of our different systems to provide you with all that is new.