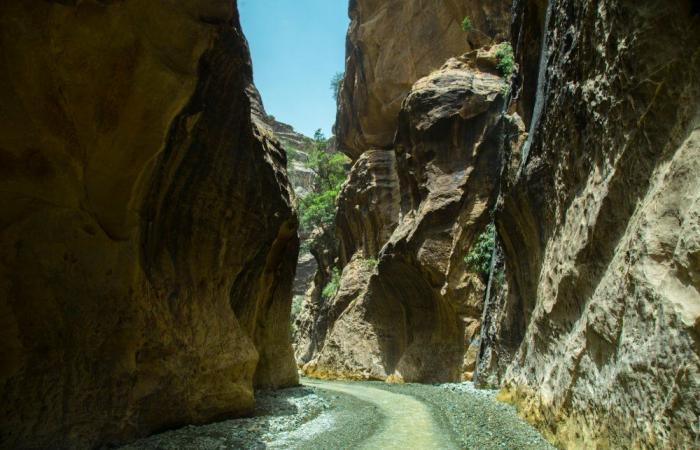 Thank you for reading the news about ThePlace: Saudi Arabia's Wadi Lajab and now with the details

RIYADH: There have been mixed reactions to the mandatory use of Saudi Arabia’s COVID-19 app to access places such as hotels, malls and restaurants.
Tawakkalna was launched last year to help track coronavirus infections. It has since developed and been updated to include vaccination information, including an individual’s status such as vaccinated or infected, and now functions as a COVID-19 “passport.”
Technical issues with the app earlier this week left many people unable to access it — meaning they were unable to gain entry to public spaces.
Dr. Osama Ghanem Alobaidy, a law professor at the Institute of Public Administration in Riyadh, said everybody had raced to download the app. “I personally could not log on to the app throughout Thursday and part of Friday,” he told Arab News.
Tawakkalna management should have anticipated the large volume of app users and the pressure that this demand would put on its operation, he added.
“Any malfunction to this app after it became mandatory will have an adverse effect on the local economy since no individual will be allowed into any government or private establishment if the app on his or her mobile phone is not working. In addition, I did not receive any message from Tawakkalna as claimed to allow temporary access. So I called the Tawakkalna toll free number and was informed that a message would be sent shortly providing me a temporary permit but that did not materialize.”
However Dr. Majed Al-Hedayan, a financial and legal expert, called Tawakkalna a “safety medal” for citizens and residents for facing down coronavirus.
“It is a very distinct service that is unique to Saudi Arabia,” he told Arab News. “This is the fruit of investment in the knowledge economy, which contributes to the improvement of public services, especially health.”

Launched by the Saudi Data and Artificial Intelligence Authority last year, the application saw over 200 million operations being made within a 24 hour period. A majority of registered users were locked out of the app. Those unregistered breathed a slight sigh of relief Friday as the app gradually showed signs of working again.

The technical issues had improved on Friday, with the app functioning for many, but some people were still experiencing glitches.
Belal Akhtar, an IT consultant at King Saud University, went to the supermarket on Thursday for her weekly shop. “I was trying to log into the app since the morning and only succeeded in the evening,” she told Arab News. “Though I successfully logged in, the connection was not stable and when I reached the destination, I saw a very long queue at the entrance. Most of the people were telling the same story, facing difficulties in accessing the app.”
PR consultant Ayman Hassan was not having problems with the app, which he had been using since the early days of its launch. “Those who have been using the app from the beginning are not facing any issues,” he told Arab News. “It’s working well with me. I heard so many stories about (the app) crashing and people advising the best time to try, but for me, thankfully, no issues yet.”
Pakistani expat Faiz Al-Najdi, who works in Yanbu, said he and his wife were denied entry to a pharmacy and then a mall in the port city because his app was down.
“However Friday morning I was surprised to receive an SMS, from Tawakkalna, providing me with a permit to show security to allow me to enter any public place,” he told Arab News.

These were the details of the news ThePlace: Saudi Arabia's Wadi Lajab for this day. We hope that we have succeeded by giving you the full details and information. To follow all our news, you can subscribe to the alerts system or to one of our different systems to provide you with all that is new.