Pariah with benefits: US aiding Saudi defense despite chill 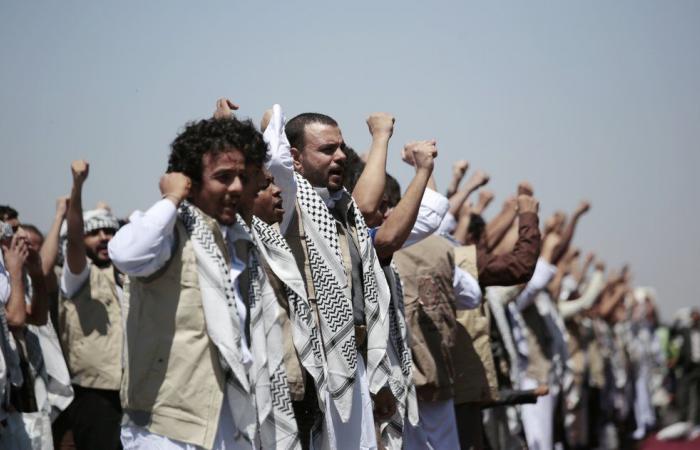 You are now following the details of the Pariah with benefits: US aiding Saudi defense despite chill news and now we leave you with the details

Mohamed Nass - Cairo - As a presidential candidate, Joe Biden laid out a tougher line on Saudi Arabia than any US president in decades. He said he would make the kingdom “pay the price” for human rights abuses and “make them in fact the pariah that they are.”

But if Biden is making Saudi Arabia a pariah now, it’s a pariah with benefits.

While Biden announced Thursday he was making good on his campaign commitment to end US support for a five-year Saudi-led bombing campaign in Yemen, his administration is making clear it won’t abandon US military assistance for the kingdom, and plans to help Saudi Arabia strengthen its own defenses.

His approach reflects the complexity of the US-Saudi relationship. While Biden is taking a tougher line than his predecessors, he and his foreign policy team recognize the US can’t allow relations to unravel. They see the importance of maintaining aspects of a military, counterterrorism and security relationship seen as vital for security of both nations.

“The United States will cooperate with Saudi Arabia where our priorities align and will not shy away from defending US interests and values where they do not,” the State Department said in an emailed response to questions from The Associated Press.

The aligned priorities have included a longstanding US emphasis on playing a lead defending the kingdom and its oil from attacks that would jolt the world’s energy markets and economies. US leaders also see Saudi Arabia as a regional counterweight to Iran.

Biden said Thursday that the Saudi-led offensive in Yemen has “created a humanitarian and strategic catastrophe.” He said he would stop arms sales related to the Yemen offensive, but gave no immediate details what that might mean. At the same time, he also reaffirmed that the United States was committed to cooperating in the kingdom’s defense.

That will include helping protect Saudi Arabia’s territory, critical infrastructure and shipping routes from the kingdom’s opponents in neighboring Yemen, the Houthis, the State Department said. The Biden administration has yet to spell out how it plans to boost defense of the kingdom. Saudi Arabia points to missile and drone strikes and other cross-border attacks launched by Houthis in Yemen.

Sen. Chris Murphy, a Connecticut Democrat and critic of US involvement in the Saudi air campaign in Yemen, agreed that the US may still have a security interest in helping guard the kingdom.

“Our focus should be providing basic defensive capabilities to help Riyadh defend itself from external threats, not fighting those threats for the Saudis,” Murphy said.

But the US should provide no “additional military support to Saudi Arabia unless we can clearly conclude that support…will not be used as irresponsibly as it has been in Yemen,” Murphy said. He called the kingdom an important partner nonetheless, and said he would work with the administration to reset relations with Saudi Arabia and other Gulf nations.

International criticism of Saudi Arabia has mounted since 2015, under King Salman and his son, Crown Prince Mohammed bin Salman.

Saudi Arabia that year led the United Arab Emirates and others in launching a war targeting Houthi rebels who had seized territory including the ancient city of Sanaa in Yemen, the Arabian peninsula’s poorest country. Saudi-led airstrikes since then have killed numerous Yemeni civilians, including schoolboys on a bus and fishermen in their fishing boats. The stalled war has failed to dislodge the Houthis and is deepening hunger and poverty. International rights advocates say Yemen’s Houthis also have committed abuses, including repeated attacks on civilians.

The CIA and others also hold the crown prince responsible for the murder and dismemberment of a US-based Saudi journalist, Jamal Khashoggi. The kingdom has imprisoned women who requested government permission to drive and other peaceful advocates. It detained numerous businesspeople and members of the sprawling royal family.

Saudi Arabia has been conciliatory as the Biden administration settles in. It said Thursday it welcomes international diplomacy in the Yemen conflict. Its leaders stress the shared history and cooperation on intelligence, education and other matters. On Thursday, in what was seen as the latest gesture to Biden, the kingdom conditionally released two dual Saudi-American citizens held in a crackdown on civil society, and shortened the sentence of a third, the State Department said. The latter, Dr. Walid Fitaihi, had been convicted of “disobedience” to the government.

“I believe we will have a great relationship with them, because all the pillars upon which the relationship stands are still there,” Foreign Minister Prince Faisal bin Farhan told Saudi-funded Al Arabiya television about Biden officials.

It was the Obama administration — focused at the time on closing a nuclear deal with Saudi Arabia’s rival, Iran — that greenlighted Saudi Arabia’s military offensive in Yemen. American involvement with Saudi Arabia’s command and control was supposed to minimize airstrikes on civilians, but often did not. Yemeni survivors displayed fragments showing it was American-made bombs that hit them. Some of those same Obama officials have since expressed regret, and are now in the Biden administration as it moves to end involvement with the offensive.

It’s not yet clear how far Biden will go in fulfilling his campaign pledge to stop the multibillion US arms trade with Saudi Arabia.

Sarah Leah Whitson, executive director of the Democracy for the Arab World Now rights advocacy organization, said she was pleased at the administration’s messaging so far involving Gulf countries and the Yemen war. The organization was founded by Khashoggi shortly before Saudis killed him

Whitson said she would watch to see if the US maintained arms sales to the kingdom simply by rebranding offensive weapons as defensive, however.

Ultimately, stepped-up US pledges to help defend Saudi Arabia could give the kingdom the face-saving cover it needs to give up on its Yemen offensive, said Steven Cook, a Middle East researcher at the Council on Foreign Relations think-tank.

It could be “convincing the Saudis to declare victory and go home is really the only way,” Cook said. “Hold our nose and do it.”

FILE – In this October 16, 2020, file photo, Yemeni prisoners chant slogans during their arrival after being released by the Saudi-led coalition at the airport in Sanaa, Yemen. President Joe Biden is distancing himself from Saudi Arabia’s rulers over their war in Yemen and rights abuses. That includes Biden announcing February 4, 2021, he would make good on a campaign pledge to cut US support for a five-year Saudi-led military campaign in neighboring Yemen (AP Photo/Hani Mohammed, File)

These were the details of the news Pariah with benefits: US aiding Saudi defense despite chill for this day. We hope that we have succeeded by giving you the full details and information. To follow all our news, you can subscribe to the alerts system or to one of our different systems to provide you with all that is new.