Unmasking the cause of Saudi Arabia’s virus spike 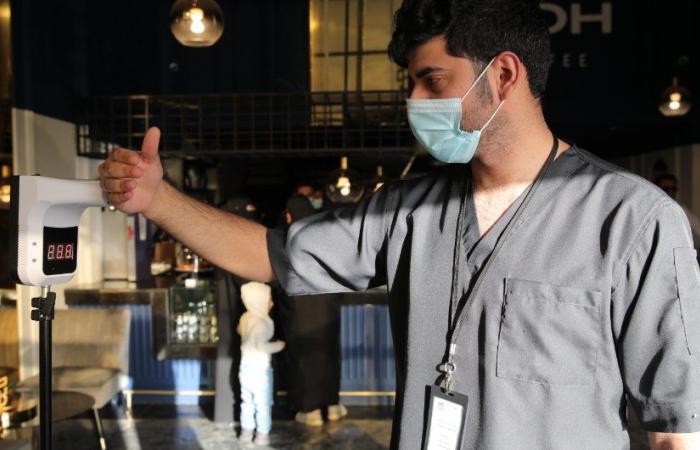 Jeddah - Yasmine El Tohamy - JEDDAH: The Ministry of Culture (MoC) has announced the winners of its “Cultural Ideas Marathon,” dedicated to creating enriching experiences for Saudi citizens and residents.
The competition, held virtually from Dec. 29 to Jan. 26, attracted more than 1,000 people from around the Kingdom — creative individuals and professionals alike.
The winners were promised cash rewards for the best three ideas. The first place winner received SR150,000 ($40,000) for his “The Land’s Identity Festival” concept. The second place winner received SR100,000 for “A Pride Event” idea, and third place took SR50,000 for “The Sense of Saudi Arabia” idea.
Contestants were asked to create a cultural experience for locals and tourists, for events and festivals that were well thought out, that were sustainable and that visitors could return to. Participants had to consider implementing ideas in categories including museums, heritage, films, theater, performing arts, music, libraries, fashion, literature and publishing, architecture and design, and the culinary arts.
The ideas were required to cover regions in the Kingdom that do not have as many cultural events and activities, such as Jouf and Asir, at least in comparison to larger cities, as well investing in the locations and using their resources.
First place winner was Hussien Al-Harbi, an architect and entrepreneur, who entered the competition with a near-finished concept for “The Land’s Identity Festival.” The concept relies on bringing out the Kingdom’s farming potential, a cost-effective and rich cultural experience.
“The Land’s Identity Festival is meant to carve our identity and culture within the visitor,” the 26-year-old told Arab News. “It’s to push people into investing in farms located in small cities, rural areas and the countryside while enabling them to actively hold their own cultural festivals and activities.”

Within the 46 cities and 140 governorates, Al-Harbi found that the Kingdom hosted more than 280,000 farms. By using them, it would limit festival costs for the organizers. Additionally, it would enhance the region’s economy and its growth.
“The idea behind the festival relies on enhancing the cultural, farming and interactive experience for these farms, and connecting people with the Earth, as well as revitalizing the farming industry,” he said.
Al-Harbi first came across the competition through the MoC’s tweet announcing the registration. After presenting his idea, he was told it was well-rounded and covered the requirements set by the ministry, and only needed a few adjustments. After the first elimination process, it was initially chosen among the best 20 concepts.
His participation in the contest was due to his confidence in his idea succeeding, by  ticking all the boxes the ministry indicated for participants.
“I went in, not anticipating the win, but confident in my idea as it met the requirements. I only found out about the win through the ministry’s tweet, and this far it’s been a very different experience from other Hakathons I’ve participated in,” Al-Harbi said.

These were the details of the news Unmasking the cause of Saudi Arabia’s virus spike for this day. We hope that we have succeeded by giving you the full details and information. To follow all our news, you can subscribe to the alerts system or to one of our different systems to provide you with all that is new.