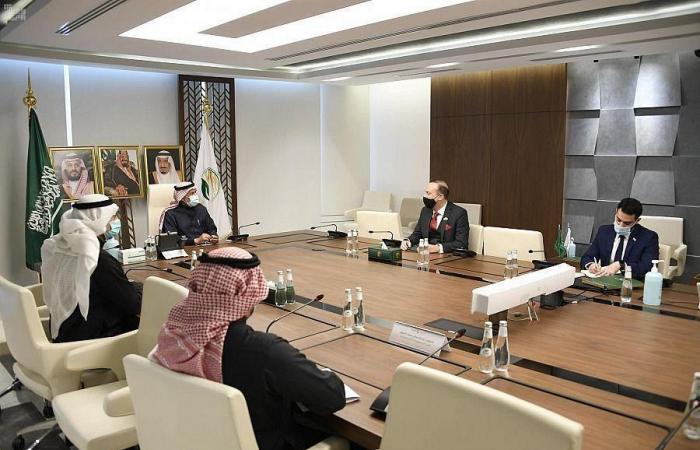 Thank you for reading the news about DiplomaticQuarter: Lebanese envoy praises KSrelief’s aid for Syrian refugees and now with the details

Kabbara met Dr. Abdullah Al-Rabeeah, supervisor general of  KSrelief in Riyadh, for discussions on issues of mutual interest related to relief and humanitarian affairs, housing, food, educational and medical assistance being provided by the KSrelief for the Syrian refugees in Lebanon.

The officials also discussed ways to provide medical aid for needy people in Lebanon and assist them to face the coronavirus pandemic, as well as providing vaccines.

Kabbara expressed his admiration for the tremendous efforts being exerted by the KSrelief for Syrian refugees in Lebanon.

Saudi Arabia has implemented humanitarian aid and relief projects for the Syrian people both inside Syria and for Syrian refugees in Lebanon, Turkey and Jordan in cooperation with UN agencies and other international and regional organizations.

The envoy also praised the Saudi airlift to help victims of the Beirut Port explosion on Aug. 4, 2020, commending the professional and advanced performance of KSrelief in its humanitarian work.

Nearly 200 people were killed and more than 5,000 injured in the blast, which ravaged large areas of the Lebanese capital and destroyed vital infrastructure, including grain storage silos and port facilities.

Saudi Arabia was at the forefront of an international relief effort to help victims of the explosion, sending two aircraft carrying 120 tons of medical and emergency supplies to the devastated city.

A specialist team from KSrelief supervised distribution of the aid.

KSrelief has implemented 1,475 projects worth nearly $4.9 billion in 59 countries. The initiatives were carried out in cooperation with 144 local, regional and international partners since the inception of the center in May 2015.

According to a recent KSrelief report, the countries and territories that benefited the most from the center’s projects include Yemen ($3.42 billion), Palestine ($362 million), Syria ($300 million) and Somalia ($198 million).

These were the details of the news DiplomaticQuarter: Lebanese envoy praises KSrelief’s aid for Syrian refugees for this day. We hope that we have succeeded by giving you the full details and information. To follow all our news, you can subscribe to the alerts system or to one of our different systems to provide you with all that is new.