No COVID-19 cases reported among pilgrims in Saudi Arabia 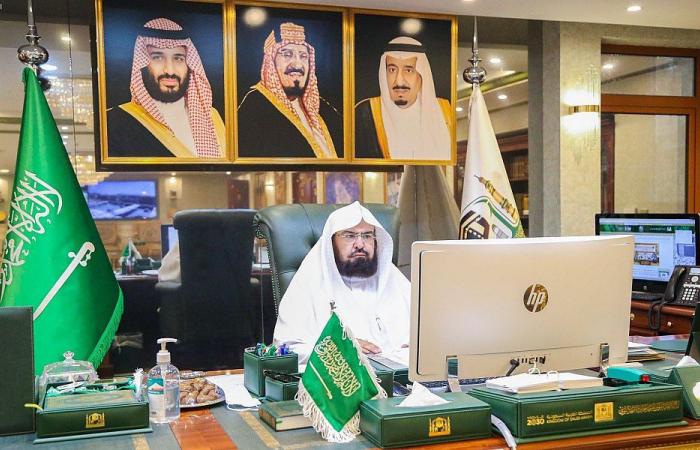 Jeddah - Yasmine El Tohamy - RIYADH: Saudi authorities said on Wednesday that no COVID-19 cases have been recorded since the start of the pandemic among pilgrims and worshipers at the Grand Mosque and the Prophet’s Mosque.
Sheikh Abdulrahman Al-Sudais, head of the General Presidency for the Affairs of the Two Holy Mosques, said this can be attributed to the precautionary measures that have been put in place and enhanced as the health crisis progressed.
He was speaking during a seminar about the successful efforts of the Kingdom to manage the Grand Mosque in Makkah and the Prophet’s Mosque in Madinah throughout the pandemic. The session was part of the 20th Scientific Forum for Hajj, Umrah, and Visit Research.
Al-Sudais highlighted the services that have been provided to reduce the health risks at the mosques, Islam’s holiest sites, as well as the directive, scientific, informational, technical, social and voluntary efforts, which were enhanced by the presidency.
This “resulted in making the two holy mosques among the most healthy and compliant places for infection control in the world,” he said, adding that it is imperative that everyone continues to adhere to all precautionary measures, and ignore unsubstantiated rumors.
During the same session, Minister of Hajj and Umrah Mohammed Saleh Benten said that thanks to the concerted efforts of government and private agencies, Saudi Arabia has been able to cope well with the pandemic, and has “mobilized all its energies and capabilities to serve Islam, Muslims and all those who want to come to the Kingdom.”
Since the start of the pandemic, he said, the ministry has facilitated Umrah for more than 100,000 pilgrims in Madinah and more than 600,000 in Makkah, despite the health crisis and the temporary closure of both mosques. The Ministry of Hajj and Umrah also developed executive plans to allow the annual Hajj pilgrimage to take place last year on a limited scale.
“We were able to expect not to see the random crowding that used to happen in previous years in the holy sites,” said Benten.
This year, he said there will be specific standards set for services to pilgrims in Makkah and Madinah, whether they are performing Umrah or Hajj rituals.
Meanwhile, imams at mosques in various regions of the Kingdom said they will use this Friday’s sermon to highlight the need for all people to adhere to COVID-19 precautionary measures and health protocols, and to provide education and guidance about the threats and dangers the virus poses to health and safety.

These were the details of the news No COVID-19 cases reported among pilgrims in Saudi Arabia for this day. We hope that we have succeeded by giving you the full details and information. To follow all our news, you can subscribe to the alerts system or to one of our different systems to provide you with all that is new.