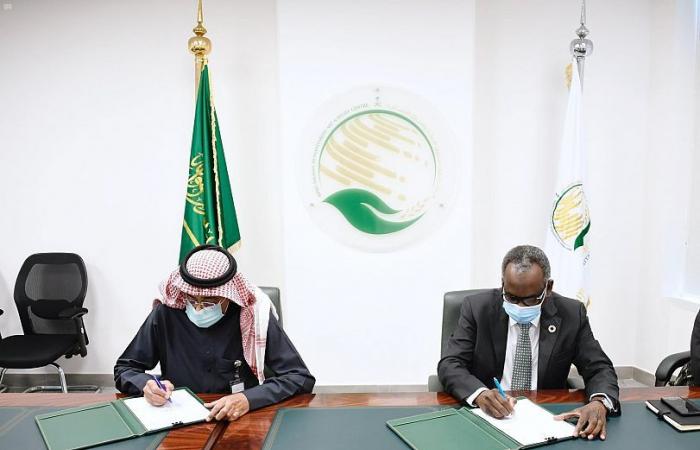 Thank you for reading the news about KSrelief, UNICEF to support education in Somalia and now with the details

Jeddah - Yasmine El Tohamy - JEDDAH: Kiteboarding, which was developed in the 1970s and began to grow in popularity in the late 1990s, is particularly well-suited to the conditions around the coasts of Saudi Arabia.

The sport, also known as kitesurfing, first appeared in the Kingdom around 2008, when expat aficionados began to recognize the opportunities and perfect environment the country offers them. Though they initially faced some challenges from authorities over safety concerns, these were resolved and enthusiasts were able to practice the sport safely in lagoons.

Samia Bagdady first encountered kiteboarding during a summer holiday with her family in France. She enjoyed it but did not pursue the interest seriously until several years later when, after studying in the US, she returned to the Kingdom in 2013 and discovered a well-established community of expats and locals who enjoyed the sport.

The 34-year-old, who is CEO of the Saudi Sailing Federation (SSF) at the Ministry of Sports, said that interest in the sport continues to grow in Saudi Arabia and she wants to raise its profile.

“We have a couple of citizens who have been certified professionally in the sport from international kiteboarding organizations and brought over their experiences and helped kick off the sport among the locals,” she told Arab News.

“By the time I started working for the Saudi Sailing Federation they had become more apparent and stepped into the spotlight at the federation. The kiteboarding community has been growing, with much more added diversity, different nationalities and citizens, ever since.”

Kiteboarders attach a board to their feet and use a large power kite to harness the power of the wind, which pulls them along. It often takes place on water but can also be practiced on snow or land. Considered an extremely eco-friendly sport, kiteboarding is unique even in terms of watersports because it is so mobile and low maintenance, uses the wind as its only source of power and does not require a boat or vessel of any kind.

Kiteboarding allows practitioners to tap into new skills and improve coordination in ways that cannot be achieved in many other watersports, Bagdady said.

“People have become more and more aware of this sport,” she added. “It gives them the potential to fly over the water with minimal effort. It is a freeing sport.”

Kiteboarders travel the world in search of new locations that offer the best environment and conditions for the sport and the Kingdom fits the bill perfectly, said Bagdady, not only for kiteboarding but also sailing and other water-based activities.

Blessed with an exceptional marine environment, especially along the Red Sea coast, Saudi Arabia’s western and eastern shores include many lagoons and bays of various depths and sizes. Combined with stable winds, regular afternoon sea breezes and warm temperatures all year round, they offer the ideal destination for all kinds of watersports and levels of ability, from professionals to beginners.

Though there are fewer lagoons on the west coast and more bays on the east, there are places to practice for kiteboarders across the Kingdom. Bagdady said that the federation is also working, with the support of the Ministry of Sport, to assess and allocate more locations where kiteboarders can practice safely.

“It is only natural that a unique environment like this will promote a huge variety of watersports and activities,” she added. “Saudi Arabia has the potential to become a hot spot for kiteboarding events and championships. Kiteboarders and their followers will all want to come and try out the Saudi Arabian kiteboarding experience.”

As interest in watersports grows, along with awareness of the science of marine environments and the need to safeguard them, Bagdady said that many more people are attracted to kiteboarding. But she stressed that although it might look easy, it is an extreme sport.

“It looks colorful, playful and fun to any spectator, so it can be very misleading and many will underestimate its dangers,” she added. “This is not to say it is a dangerous sport. It is only dangerous if not practiced or taught with the correct safety measures and basic understanding.”

While working as part of the Saudi Sailing Federation to introduce kiteboarding regulations and legislation, her role has been to help facilitate participation in the sport, resolve any issues with local authorities and set standards that will help and encourage the private sector to develop kiteboarding and sailing in the Kingdom.

“With the nation’s Vision 2030 and support, and with the spread of knowledge and education, kiteboarding and sailing can become a safe and leading watersport activity in the Kingdom,” she said.

Currently there is more demand for kiteboarding than supply, with many people interested in learning but few qualified instructors. With the added complication of the COVID-19 pandemic, it has been difficult in the past year to increase the opportunities for learning the sport in a safe environment. But as its popularity grows, Bagdady said she has no doubt that it will help to boost tourism.

The Red Sea offers an opportunity for the Kingdom to become a sailing hub capable of hosting global championships or even Olympic events in the very near future, she added.

“This will no doubt be a big attraction for tourism. Even just as a hub for leisure sailing, similar to Greece, Saudi Arabia has the perfect conditions and potential for this,” Bagdady said.

The Ministry of Sport is also working to enable the private sector and license watersports clubs and yacht clubs, she said, adding: “It will just be a matter of time before kiteboarding becomes widespread throughout the Kingdom and (the country becomes) a hub to travel to.”

These were the details of the news KSrelief, UNICEF to support education in Somalia for this day. We hope that we have succeeded by giving you the full details and information. To follow all our news, you can subscribe to the alerts system or to one of our different systems to provide you with all that is new.