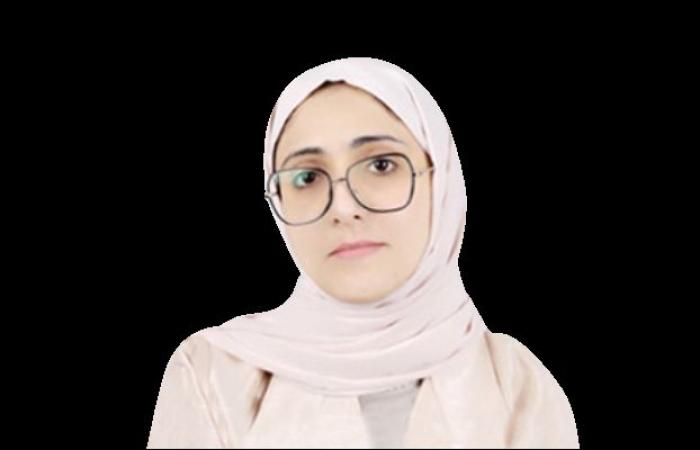 Thank you for reading the news about Dr. Iman Al-Mansour, assistant professor at the Institute for Research and Medical Consultations in Dammam and now with the details

The designers presented the Khaleeki Chic collection in a private fashion show hosted in the Belgian embassy on Saturday. The fashion line takes the traditional abaya and transforms it into an international garment combining the cultural influence of Arabia with the diverse western themes to create an abaya for all women regardless of origin.

“We have showcased a collaboration between Her Highness Safia and Lomar to show a collection of abayas that reflects both the Saudi and Western culture, modernity and tradition,” Beaufays told Arab News.

“We hope to dress not just Saudi women or Arab women; this Abaya is a crossover between western clothes and Saudi garment to be something all the women in the world would like to wear at different occasions,” Beaufays said.

RELATED: The Saudi fashion designer inspired by her bedouin roots in AlUla

The launch of the fashion line redefines the abaya as a global garment for all women, a symbol of elegance and modesty.

In the West, some people still view the abaya as a symbol of oppression or lack of freedom and don’t understand the beauty and modesty it holds. By combining international influence and themes the abaya is viewed as a symbol of individuality in conservative fashion.

“In the media the abaya has been depicted as something a bit negative and we just wanted to show the positive side that it is actually a very elegant garment that can be accessorized and elevated into something very chic, traditional but also modern,” Beaufays added.

“So it’s to change the image of the abaya from negative to something positive, fun, elegant and something all the women would like to wear, not only the Arab women.”

When asked how she was inspired to create such a distinctive line, creative director Princess Safia said: “My mom, your mom, my sister, my daughter, us women, all women, it’s us. I was just telling them I am sick of the stigma and discrimination of the abaya and the hijab in the west so I thought to myself if I bring some chic into it, some tailoring and some style it will definitely change the image.”

When women travel outside of Saudi Arabia they usually take off their abayas, but the designers of the line created a conservative style that is international and stylish for any culture to dress in.

Now, when women travel, they will dress in the redefined abaya no matter where they are.

“When I travel, when I go to New York, Paris or Los Angeles, from the plane I usually remove my abaya, but I didn’t want to remove it anymore. I want to be proud to come out with the abaya that looks just the way that you saw them today. I want my sisters, the Saudi or Gulf sisters and all of my sisters around the world to be proud, because we should be proud,” said Princess Safia.

Lomar founders Loai Naseem and his wife Mona Al-Haddad told Arab News: “We wanted to move the abaya outside of the Kingdom, taking it from our tradition out into the international market to show people what we have here in the Kingdom of Saudi Arabia. We wanted to change the color of the abaya from black, adding some colors and techniques to move it into modern fashion like you saw today.”

Princess Safia explained the work in creating the line with a modern twist while maintaining the modesty and tradition of the abaya, saying: “The abaya has become my identity and I love the message behind its modesty. It’s powerful, and it needed just a little twist in style, which is where I came in. I really wanted to create silhouettes that bring women from day to night.”

These were the details of the news Dr. Iman Al-Mansour, assistant professor at the Institute for Research and Medical Consultations in Dammam for this day. We hope that we have succeeded by giving you the full details and information. To follow all our news, you can subscribe to the alerts system or to one of our different systems to provide you with all that is new.