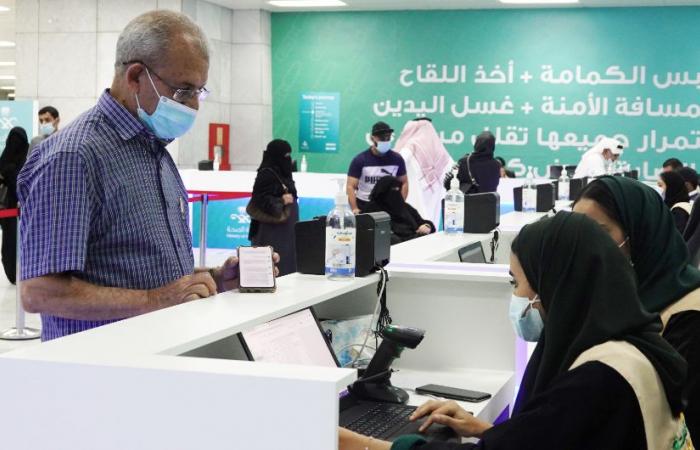 Thank you for reading the news about Second doses and safety fears: Popular Saudi doctor posts COVID-19 vaccine video and now with the details

Jeddah - Yasmine El Tohamy - JEDDAH: The latest someone can receive their second dose of the coronavirus vaccine is six weeks after having the first one, a Saudi doctor popular for his COVID-19 social media posts has said.
Infectious diseases consultant Dr. Nezar Bahabri has gained a massive following for his clear and accessible information about the disease, and he tweeted a video to raise awareness about the vaccine as the Kingdom continued its inoculation campaign.
“If a person, for one reason or another, could not get the second dose within 42 days, he or she can still get it after six weeks without having to repeat the first dose,” he said.
Bahabri, who contracted coronavirus in August and remained under medical care for nearly three weeks, explained that the body began producing antibodies from seven to 10 days after a person received the first dose of a COVID-19 vaccine.
The consultant said that if someone became infected after receiving the first dose then they should wait for three months before taking another.
“When someone takes the first dose, the antibodies upsurge the body’s immunity to the virus to up to 50 percent, and that can help have less severe symptoms. After the period of 90 days, the infected person can register with the Ministry of Health for vaccination. Tests then can decide if they should take one dose or two.”
In another video he appeared at one of the vaccination centers, accompanying his mother who was receiving her second vaccine shot.
Bahabri, who won an outstanding performance award from the University of British Columbia in 2008, also had advice for those who were undecided about the vaccine.
“Hundreds of thousands of people in Saudi Arabia have received the vaccine over the last month. Thank God, all we heard about them was good and promising.”
He said that more than 20,000 people had volunteered to receive the vaccine three months before the results of its effectiveness were published.
“So far, more than 30 million people around the world have received the vaccine. One should not worry. It has now been nearly six months since the 20,000 people who volunteered to get the vaccine after it was introduced. Most complications occur in four weeks. If the drug was not safe, we could have surely heard about any negative consequences.”
He said that Saudi Arabia’s leadership had set a good example in reassuring people about the vaccine’s safety.
The country on Thursday reported four new COVID-19-related deaths. The death toll has reached 6,342. There were 212 new cases reported, bringing the total to 365,775. There are 2,096 active cases and 326 of these are in a critical condition.
The Ministry of Health said 83 of the newly recorded cases were in Riyadh, there were 39 in the Eastern Province, 35 in Makkah, and 21 in Madinah.
There have been a further 160 recoveries, bringing the total to 357,337.
Saudi Arabia has so far conducted more than 11.87 million PCR tests, with 52,105 carried out in the past 24 hours.

These were the details of the news Second doses and safety fears: Popular Saudi doctor posts COVID-19 vaccine video for this day. We hope that we have succeeded by giving you the full details and information. To follow all our news, you can subscribe to the alerts system or to one of our different systems to provide you with all that is new.