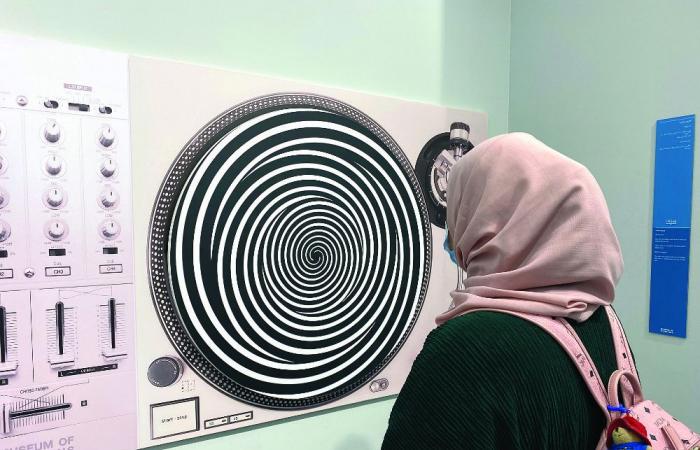 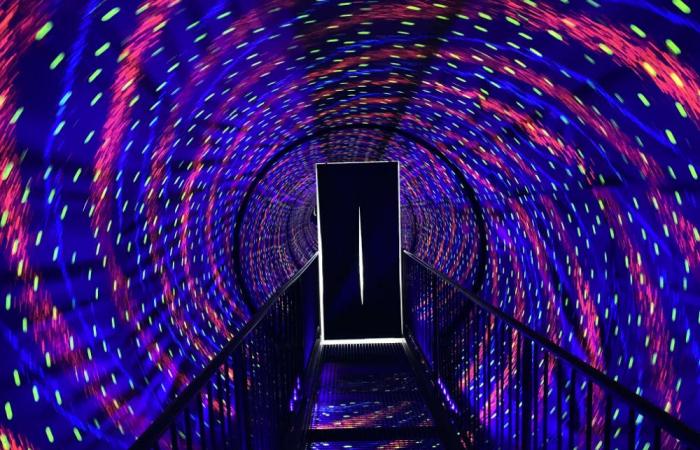 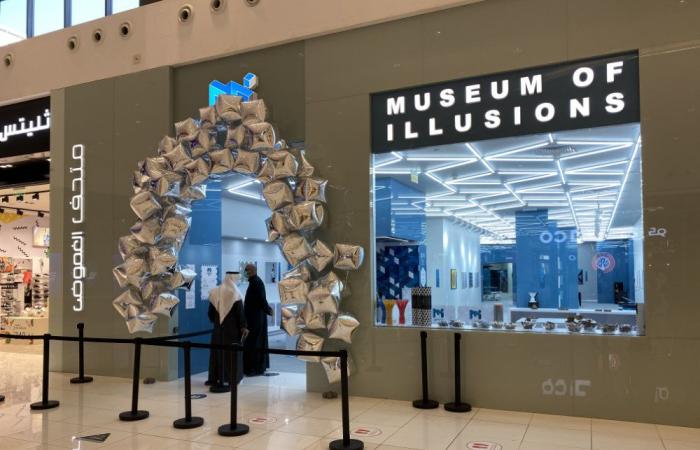 Jeddah - Yasmine El Tohamy - RIYADH: The world-renowned Museum of Illusions has made its debut in the Kingdom, offering Saudis a look into the wacky and wonderful world of optical illusions and other forms of mind-bending trickery.

The museum, located in Riyadh Park Mall, invites visitors to take part in interactive exhibits designed to show how optical illusions can trick the mind, proving both entertaining and educational.

One of the most popular exhibits at the museum is an Ames room, a room that appears to be cuboid when viewed through a peephole but that is actually skewed to allow two people to stand in the room and appear to be at different heights and sizes — perfect for kids who will delight in appearing bigger and taller than their parents for a moment!

Another is the classic “head-on-the-table” illusion, in which a secret compartment and a cleverly disguised table allow visitors to look as though their heads are being served on a platter.

Several other interactive illusions — including a “true mirror” that allows visitors to see what they look like to other people and an “inverted room” that allows them to look like they are standing on the ceiling — are also on offer at the museum, with detailed captions and explanations provided on the side of each exhibit explaining its history, inventor or discoverer, and how it works.

Perhaps the most scintillating of all the exhibits is the “Vortex Tunnel,” the main means of exiting the museum. Visitors walk through a dark tunnel surrounded by a spinning backdrop of colorful neon stars against a black background. The effect makes it seem as though the viewer, and not the tunnel, is spinning, creating a magnificent, albeit dizzying, feeling of going around in a circle despite being firmly on the ground.

Toward the end of the tour, visitors can take home a piece of the magic with several thought-provoking puzzles and games, posters, T-shirts, and other memorabilia.

The museum also accommodates group tours and even has a birthday party room available. It also provides an illusionist for performances and a photographer to help capture the memories.

Tickets to the museum are available via its website, https://museumofillusions.sa/, or can be bought directly at the museum itself. Tickets cost SR80 ($21) for adults and SR60 for children, with a family ticket that admits two adults and two children also available for SR250.

These were the details of the news Museum of Illusions has Saudis going topsy-turvy for this day. We hope that we have succeeded by giving you the full details and information. To follow all our news, you can subscribe to the alerts system or to one of our different systems to provide you with all that is new.